Hotels Are Coming to Sea. It Ain’t As Easy as It Seems!

Recently Four Seasons Hotels announced it was joining Ritz Carlton in what I call “Hotels Coming to Sea”, sailing in 2025. I have not hesitated in expressing my concerns, as those running cruise lines have a much easier (and logical) ability to add hotel-related features than a hotel company has installing cruise line features and then operating these ships (which are not “floating hotels”.) 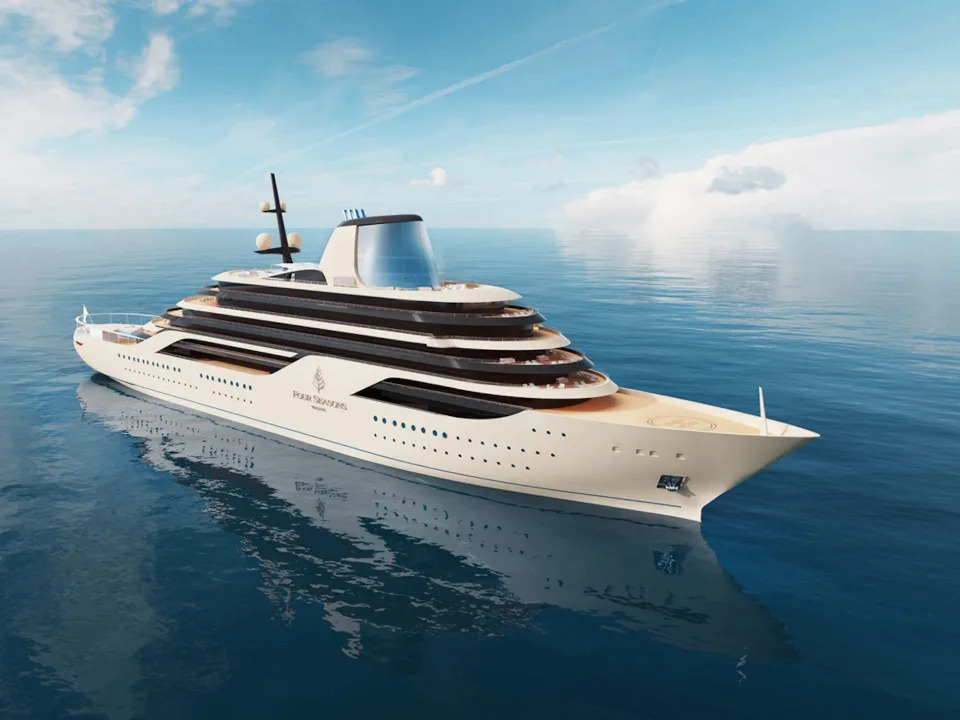 Today I read an interesting article in Cruise Week about Daniel Boulud’s Le Voyage restaurant on the new Celebrity Beyond. (He most famous restaurant is his two Michelin star restaurant, Daniel, in New York City…and it is a delicious culinary and visual experience!)  He had some comments that really highlight how there are literally thousands of things that have to be considered on ships that aren’t issues in land-based restaurants.

(I have to pause and say that Celebrity Cruises really does a fantastic job of bringing true luxury amenities to large cruise ships.)

Boulud commented to Cruise Week, “It’s a learning curve”.  Things like making sure drinking and wine glasses weren’t too delicate or subject to move (especially when many are presented on the table), using only electric stoves (which affect technique), there are guards that surround the hotplates so the pan doesn’t slide off and burns someone (clearly referencing its impact on cooking techniques), and even how cabinets have extra magnets to be sure the doors don’t swing open (affecting how one moves to grab a plate or ingredient).  Heck, he was even impacted by the size of the galley – with the larger Celebrity Beyond affording him more of the space he needs.

Now, imagine that is only four items in one galley that are different. Add, just on the restaurant side of things, the functional layout of the different restaurants, provisioning and storage for each of them (without being able to have the local farms and suppliers drop off items on a daily or weekly basis). etc.

Consider that, as they say, “Nothing on a ship has a 90-degree angle” and get to work on structure, plumbing, electrical, etc. And then remember that land-based building codes are incredibly lax compared to the various ship classification society requirements (down to thickness of wood veneers to switches to how cables are run) and they truly limit things…and make other things incredibly expensive; sometimes to the point of being cost-prohibitive.

“Employee housing” is another issue.  Gone are the days of sticking crew in the bilge and feeding them bread and grog. In the last decade the law has required sufficient living space and amenities be provided…and not just for a couple of cultures, but literally dozens.  No out-of-town commuting via buses or carpooling options. This can have a big impact on small ship spaces from laundry to lounges.

Shoreside operations, including tour options, is far more complex than golf courses, horseback riding and the like. Far more. 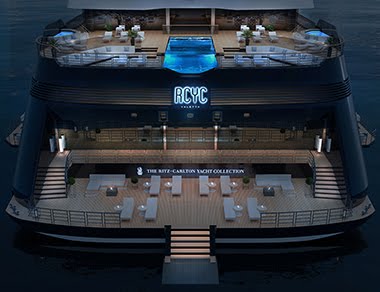 As Ritz Carlton has learned, the ability to turn a profit on a small, one-off, ship is near impossible; especially at today’s building costs on the one hand and the pricing pressure from the increasing number of luxury and high-end expedition products on the other. Now, their next two ships are going to be more than twice the size…and that is not, as noted above, simply because they want to have more guests, but they heed to be in order to provide all of the services that a Ritz Carlton guest rightfully expects.

There is no question that Ritz Carlton has learned from its many mistakes and hopefully will not be repeating them.  Has it righted it ship?  It is hard to tell as information has been very limited. Those guests who have managed their expectations who posting on social media seem to be happy, but are forgiving of misses.  But there are others that expected “Ritz Carlton” and have been disappointed.

It is also clear from the initial team that Four Seasons has put together they, too, have learned from the Ritz Carlton ordeal. But more importantly, have a number of seasoned cruise veterans onboard right from the start.

I know there are many that purchase by brand name, but be cautious; especially because there are a number of high-quality options that also have strong brand names…not just because they operate hotels, but rather luxury ships.

In time, I hope that both Four Seasons and Ritz Carlton are successful and bring something new, different, and exciting to the world of luxury travel by ship. In the meantime, take a look at some other brands that now exist or will be later this year.

Want to know more about who? Keep reading my articles!