There are so many memorable things that happen on a Goldring Travel Food & Wine Cruise and this year’s on the Seabourn Odyssey. But, without question, the most memorable of all was the Food & Wine Tasting organized, taken over, nurtured and presented by an incredible group of individuals that are a sparking example of what makes Seabourn the class of the luxury cruise market.

As I always do, early in the cruise I sat down with Marcel Gademan, the Hotel Manager, and the Executive Chef De Cuisine, Friedrich Mayer, (a/k/a Chef Fritz) to discuss the various events I would like to assure my guests enjoy and my philosophy of having a fun Food & Wine experience that is not so much focused on critical wine tastings and pairings, but on enjoying food and wine as a way to engage the culture of the places we visit during the cruise.

Captain Geir-Arne Thue-Nislen, after inviting me and my wife to dine with he and his wife 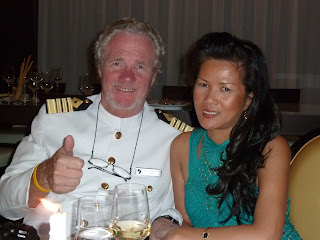 invited my guests for a Private tour of the Bridge. 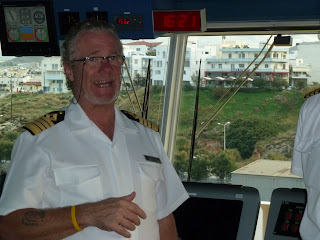 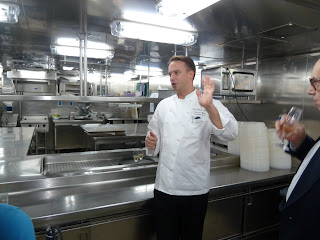 Shopping with the Chef in Catania, Sicily needed to be quickly rearranged as there was a conflict for the other port considered

The various Cooking Demonstrations which were going to be held were noted for all of my guests. 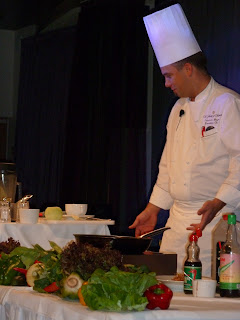 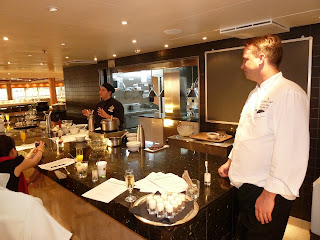 And then there was the infamous, “Leave it with us. We will get back to you with some ideas.”

Being a control freak that normally is not something I take kindly to. But, alas, this is Seabourn so I have confidence that something good…really good…is going to be coming back to me. In the meantime I had to get working on my end.
And, oh, is it hard work. I had to find wines, both familiar and not so familiar…and some that were, well, Greek to me (a/k/a I had absolutely no idea, but went with labels that seemed to have some sort of quality that appealed to me). I knew of a wine shop in Patmos, Greece that would be a good starting point. And then I found two wines in Crete, as I have heard some Cretan wines were actually fairly drinkable.
But wine was not my only item to search for. I was on the lookout for food too. And in Heraklion, Crete I found a nice little cheese shop that had some nasty looking cheese. I don’t know about you, but I have a great fondness for nasty, smelly, ugly cheeses. 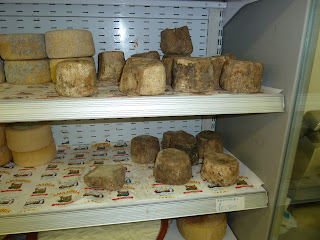 And then Seabourn got back to me. It seems that the Executive Sous Chef, Martin Kitzing, is going to prepare eleven, that’s right, eleven, different cheese dishes which Seabourn’s Sommelier, Karen Siemens, is going to pair wines with. I mean we are talking Greece and Italy which are home to many wonderful cheeses…but Seabourn means, “OK, but we need to do this with Seabourn Style!” so there are no limits.

I start to ask questions and quickly realize that I am to know nothing and that I am to be as surprised as my guests. All I know is that at least one of the cheese dishes is a cheese soup and another is some play on a soufflé. That, my friends, was not even a legitimate tease when compared to that Chef Martin created.

At 2:00 p.m. on Saturday, after exploring Trapani, Sicily (and trying to starve ourselves – unsuccessfully) so that we would be able to truly enjoy this homage to cheese…and wine…

We enter The Restaurant.  On the high tables there is an elegant setting for each of my guests 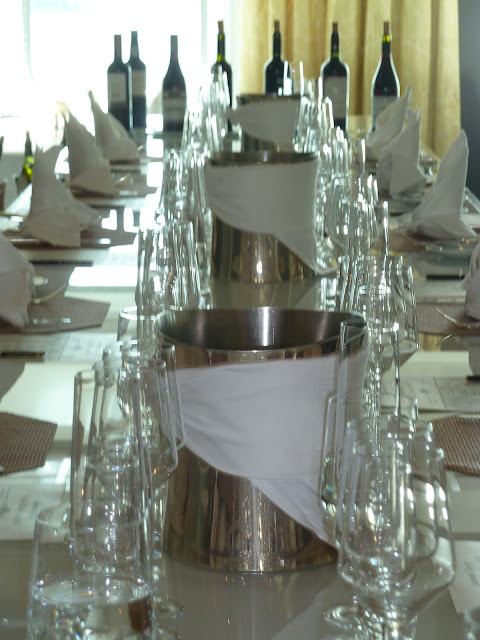 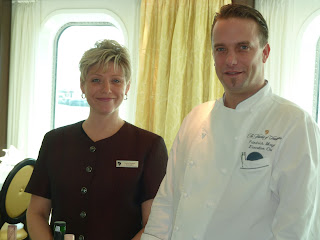 …with a beautiful, personalized, menu. 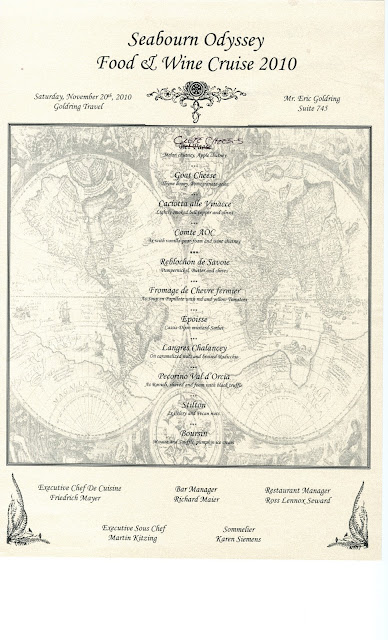 But before the tasting begins, Chef Martin and Sommelier Karen are presented with 2010 Goldring Travel Food & Wine Cruise fleece jackets (Chef Fritz had been given one in Catania, Sicily as you can see above) as a small token of my appreciation (and which, of course, they are highly coveted!). 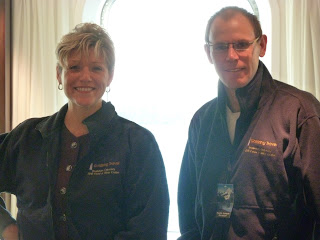 Now it is “Game On” and each dish is not only extraordinarily impressive in tastes, but in presentation. Rather than me talk about them, just take a look: 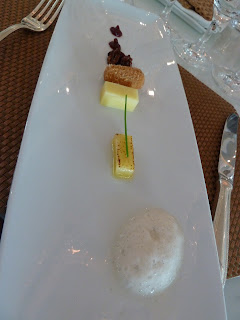 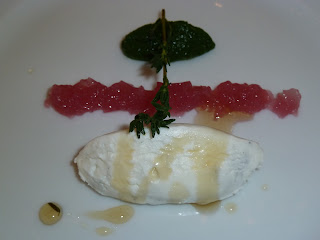 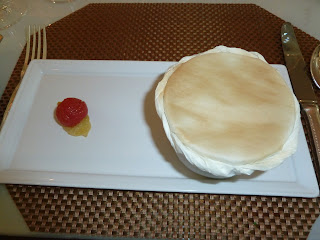 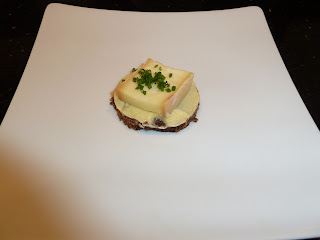 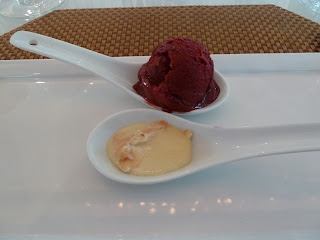 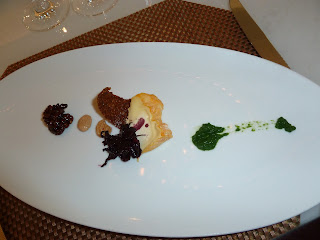 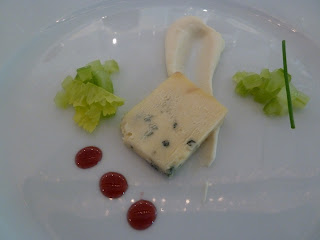 I do have to say that the Pecorino Val d’Orcia as Ravioli shaved and foam with black truffle is one of the best things I have ever eaten in my life.

With these cheeses there were eighteen, that right, eighteen different wines when the ones Seabourn offered were combined with the ones I provided. Again, I won’t bore you with each one, but they ranged from wines from the Greek winemaker Samos, to a Placido Chianti Classico Reserva 2005 (a true classic!), to a Sirius Bordeaux Blanc to a La Scola Gavi Bianco Secco (a favorite of mine) to a Masi Paso Doble 2007 Argentinian Malbec. 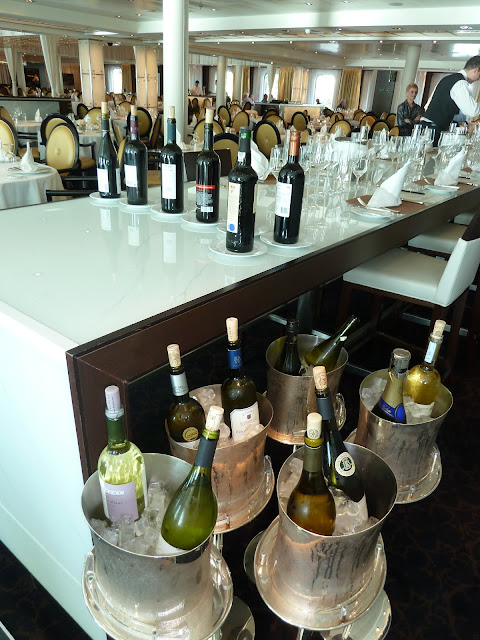 Each pairing was better than the next.

It was, well and truly, an absolutely over-the-top and extraordinary experience that I, personally, feel extremely fortunate to have been able to be a part of.

You can feel and see the pride of Chef Fritz, Chef Martin, Sommelier Karen and all of the supporting staff exuded. They never said a word, but you knew…you just knew…they were saying, “Yes, Seabourn does it better than anyone. But let me show you what we can really do when given the opportunity.”

As many of you know, I have exposure to some of the fanciest and most extravagant events working with superyachts. This event – if done at night and in black tie – was as elegant and good as or better than any of them.  (Isn’t it great that on Seabourn you can be informal and just enjoy the moment without pretense?!) 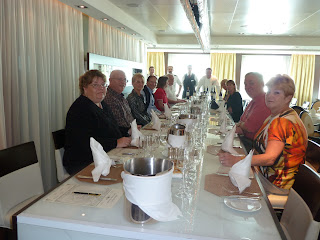 Oh, did I mention there was Cooking Demonstration at 4:00 pm by Restaurant 2’s Chef Yael Kerouanton which included “Caviar in the Cloud” that we were a bit late for? Yes, this was two and a half hours of bliss.

Of course this was the day after our Ensemble Experience in Malta where we had a wonderful lunch in Mdina at a restaurant named, aptly, Bacchus 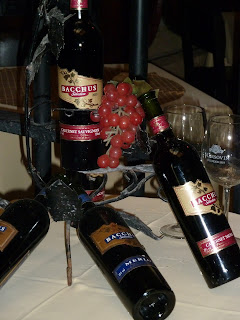 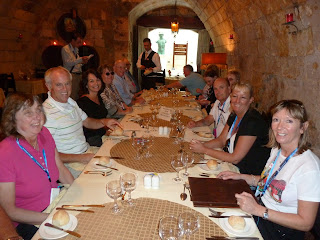 Which, of course, was preceded by the aforementioned Shopping with the Chef and lunch in Catania, Sicily at Ristorante Ambasciata del Mare 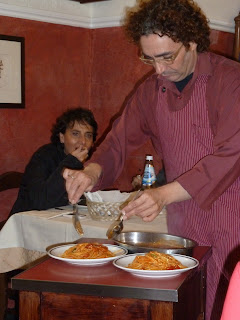 And was followed by my Quest for truly authentic pizza in Naples…but more on that later: 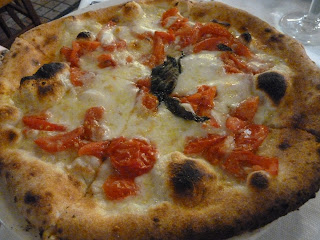 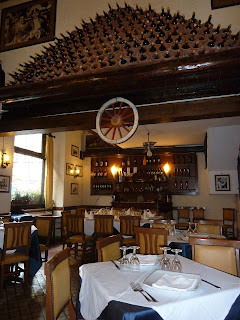 Interested in the 2011 Goldring Travel Food & Foliage Cruise on the Seabourn Sojourn from Quebec City, Quebec to New York City on September 21, 2011? Call me at (877)2GO-LUXURY or email me at eric@goldringtravel.com.