Having been on Windstar Cruises’ Wind Surf in the Caribbean and the Star Pride in the Black Sea I was really excited to see, as its guest, Windstar Cruises 2.0 on the Star Breeze’s five night Inaugural Cruise from Nice, France to Civitavecchia (Rome), Italy.

My trip, however, did not start in Nice, France, but at my son’s dorm room at the University of Colorado, Boulder.  On Sunday, May 3, 2015, I flew from New Jersey to Colorado to assist in what I thought was the simple packing up of a freshman’s computer equipment, clothes, etc. at the end of his first year at college. (Let’s just say it took longer than expected…a lot longer!)  Then on Monday morning I flew from Denver to Washington, D.C. on what seemed like one of the oldest planes still flying (thank you United Airlines!) connecting on a United flight to Brussels, Belgium and then a Brussels Airlines’ flight to Nice, France….where I found out my luggage was delayed after being advised I had to pay for a cup of coffee or a glass of water on the flight.  (Now that is nickel and diming!)

Windstar provided me a private transfer (who patiently waited) and then it was off to the AC Marriott a newly renovated hotel not too far from the pedestrian area and with a nice view of the Cote d’Azure. Being it was still fairly early my room was not ready so, as I usually do, I went for a walk.  Having been in Nice before it was more of a stroll on a partly sunny day. 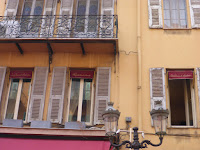 As I strolled I saw a restaurant that looked a bit too good for lunch, but thought it might be perfect for dinner so I carried on; eventually settling on a smaller place where I enjoyed the typical moules & frites (mussels and French fries) with a carafe of the house rose and some crusty bread.

Back to the hotel to check-in and then off to the airport to collect my bag and my girlfriend.  (I thought about having her pick up my bag and meet me at the hotel, but then I thought a bit more. Having my girlfriend act a delivery service probably would not be a good idea!) Fortunately both showed up.

We headed back to the AC Marriott and then met up with some friends who were also on our cruise for dinner at a restaurant they wanted to go to.  Fortunately it was the same one I had spotted…and one which Windstar had recommended to us in our pre-cruise information package:  Le Boccaccio. It was a fantastic show, with bigger than life presentation, delicious food and charming waiters.  (By the way, TripAdvisor ranks it No. 237 in Nice.  Really?  Another reason to avoid relying on TripAdvisor.)


Wednesday, May 6th, brought the full Windstar 2.0 Experience.  We met in the lobby with some other invited guests to explore Nice’s markets as we went Shopping with the Chef with Windstar Cruises’ Executive Chef Michael Sabourin.  This type of event is now provided in some fashion on a number of the luxury cruise lines (such as Seabourn), so Windstar’s including not only the experience, but the local ingredients in its menus is a plus.  (And with the Star Breeze sailing with only 210 guests, having enough for everyone is easy.) 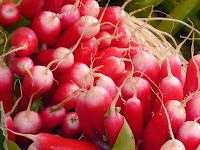 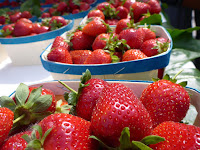 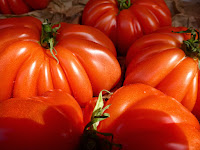 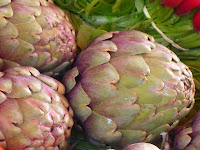 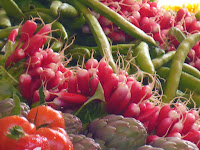 Of course my eyes wandered and I purchased a bit of truffled brie.  It was…well, let’s just say it didn’t make it back to the ship!

We then transferred to the Star Breeze to inspect the ship and enjoy the Inaugural Celebration.  I have detailed this in Part II.

After a beautiful sailaway and a wonderful dinner with Windstar’s CEO Hans Birkholtz and Gene Sloan from USA Today and others, it was a short voyage to Monaco where we overnighted and spent the entire next day.  This obvious intent of this was to highlight a second aspect of the new Windstar Cruises:  Longer and Overnight stays. 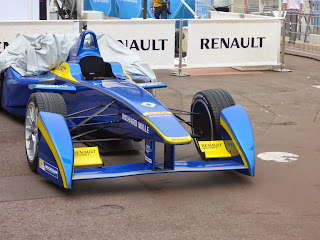 before heading back to the ship for a well-needed sleep.  But the next day was busy.

After a long walk around Monaco visiting such beautiful places as the Hermitage Hotel and the Hotel de Paris,

it was time for lunch in one of my favorite venues:  The Bar Americain (where I returned that evening for a very civilized whisky and cigar) 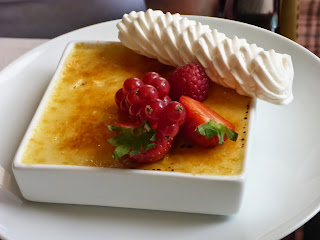 An old superyacht captain friend of mine was, fortunately, available, so he picked me and my girlfriend up and took us to his house in Eze, France which is a breathtakingly beautiful place.  While strolling the beautiful pathways we reminisced of our time when I was managing a 192 foot yacht I hired him to captain and caught up on what has been happening in our lives since. 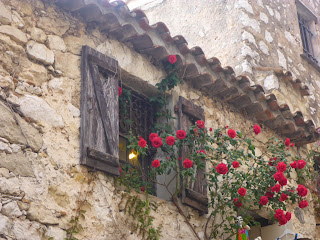 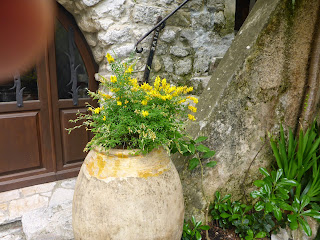 It was then back to the ship for a local French dance experience right before our early evening sailaway; highlighting yet a third aspect of Windstar’s new approach:  Bringing local talent onboard the Star Breeze. 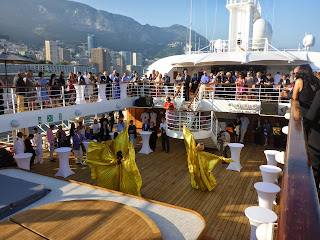 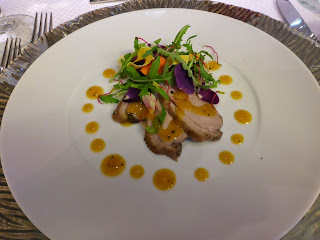 The morning found us in Portofino, Italy where we were treated to a short walking tour to Brown’s Castle where we had a truly wonderful, funny and tasty, Wine Tasting with cheeses, focaccia, olive paste and more; again highlighting Windstar’s focus on quality local experiences 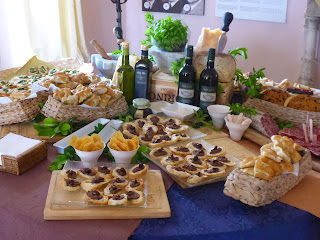 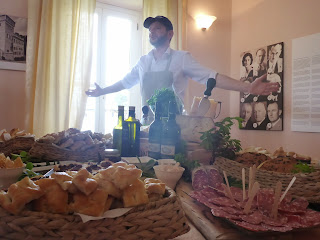 with a fantastic view of Portofino 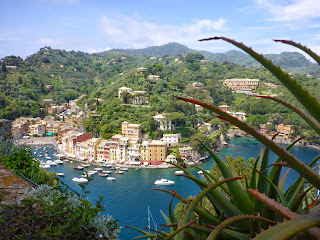 Of course with a late departure I had time to find a little place to sit with a friend and enjoy a bottle of the local Vermentino wine and a plate of delicious trophie pasta with pesto while the girls shopped.

While the Star Breeze was not leaving our anchorage until 10:00 PM, so one could stay onshore even longer, we opted to return to the ship for another of Windstar’s signature events:  The Deck Barbecue including paella, roast pig, lobster tails, crab legs and more.  (Personally, I would go with “less is more” with a focus on more creativity than the “more is more” approach, but it still was a very nice evening.)

Our last day was a first for me:  Portoferraio, on the island of Elba, Italy. What a pleasant surprise! We walked up to the top of the imposing fortress, down through the town, out to the ancient rampart and into what was pretty much a town square. 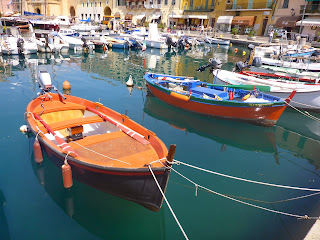 And then the, out of nowhere, BAM!  The true highlight of our Windstar cruise on the Star Breeze. As the four of us investigated, then negotiated, a place to have lunch struggling between fish and pizza it appeared:  Il Pescatore Pizzeria (The Fisherman Pizzeria) which was not on the water or even on the square, but a bit behind most everything.

We are the only people there as we start our al fresco lunch.  We look inside and someone says, “Hey, she is cooking on a hot plate!”  But we stay and are we glad we did. You see Mama may have had a hot plate, but she had more and incredible talent.  A Papa was jovial…and in charge of the pizza.  (Of course absolutely no English was spoken!) 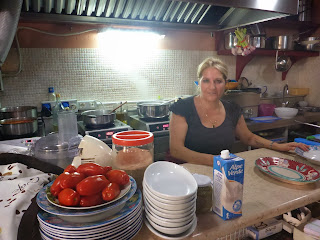 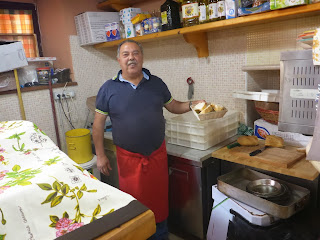 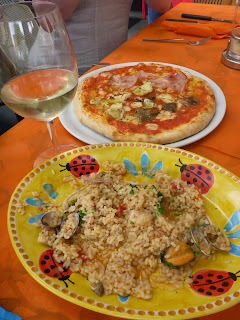 Unfortunately, as we finished our meal we realized it was time to head back to the ship (stopping for gelato on the way…as you do!) to start packing for our early morning disembarkation in Civitavecchia.

But Windstar had one last “So There!” in store for me:  A Sailaway Dinner in Candles, its al fresco alternative dining venue (which is a transformed Veranda).  I had a lovely dinner with the Star Breeze’s Godmother, Wendy Perrin (for two decades Conde Nast Traveler’s Director of Consumer News and Digital Community and now on her own), her husband and other couple. Wendy and I had time prior to this to chat…her being fascinated with how “wired” I was with my digital hot spot, portable battery pack, etc.  It was a lovely evening. (Order the veal chop!)

and to truly end the cruise in style:  A truly beautiful view as we headed out to sea.

In summary, Windstar Cruises is really working hard to establish its brand as a small ship cruise line which provides diverse cruise and travel experiences based upon its ships and itineraries while having enough commonality in the onboard experience to still be considered a cohesive and identifiable product.

Windstar’s renovations to the Star Breeze are excellent and, yes, there are tweaks still be be made. And the crew, while some of the most enthusiastic at sea, need a bit of buffing up and training.  However, based upon what I have seen sailing on the Wind Surf and then the Star Pride (while still being Windstar 1.0) and now the Star Breeze with Windstar 2.0, I am trilled to see the triplets have a new life and the travelers that want a small ship experience (as opposed to cruisers who want all the bells and whistles onboard) have a premium option and owners that are so friendly and enthusiastic that you know it will only get better from here!