Seabourn’s Antarctica Revisited – Part III (Ushuaia and The Drake Passage – Are We There Yet?)

I was wrong.  I have too many thoughts and experiences during my initial Antarctic experiences on the Seabourn Quest not to write about them as I normally do and I have received “demands” that I continue. Soooo, I will get to the more in depth discussions of some topics…but I will probably write about them on the later sea days.

In the meantime, a tease about what is to come…but we are not there yet!

With all the anticipation of finally cruising to Antarctica – and we will get there – there was still one port of call left:  Ushuaia, Argentina which is also known as The End of the World.

Chef Chris and I had worked on putting together a “We are Off to Antarctica Wine and Cheese Party” for my clients, with one of my clients offering her Penthouse Spa Suite as the venue.  I figured doing it as the Seabourn Quest sailed into Ushuaia would be perfect. But with clear, warm, weather and calm seas we arrived early so it was more of a party at the pier.  However, even with a blown plan, it was fantastic (and the view was pretty spectacular too)!

Cosim Rusu, Seabourn Quest’s Head Sommelier, along with the generosity of one of one of my guests, put together a great combination of Chilean wines and one Argentinian wine so that we could experience the broad range of the ever improving South American wines.  (Remember my frustrated attempt to find wines in Punta Arenas?) 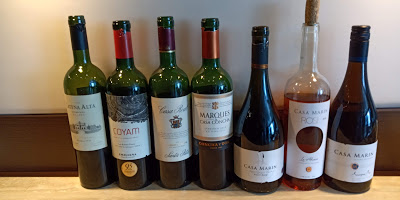 Chef Chis outdid himself, again, with a King Crab gratin, goat cheese souffle with a garlic crema, a spicy Thai-style vegetable salad and, at the request of one of my clients, fondue. 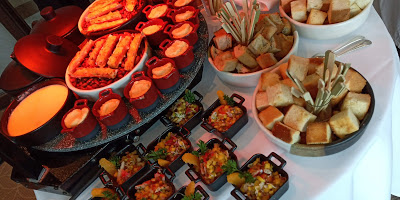 Did I mention there was cheese too?

With only a short amount of time I thought no matter how wonderful the celebration I had to have a second wander around Ushuaia and then: Disaster!

I am talking life altering, confidence shaking, cut me to the bone sort of disaster.  What was it:  I went into a Hard Rock Cafe. Seriously, I did…and I am here to tell about it! 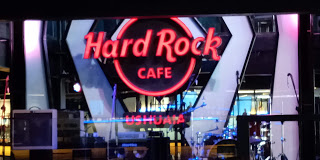 Let me briefly explain:  A lovely couple traveling on the Seabourn Quest were heading into town as I was. They asked what there was to see and I said, The Hard Rock Cafe if you like that sort of thing.  Next thing you know I am escorting them there and the gentleman offered to buy me a beer…

I headed back to the ship feeling less of an intrepid traveler than I think I have had in decades…and I then had to face “IT”.  You know the thing that you hear more about than the penguins, seals, whales and grandeur:  The Drake Passage!

I know I am tempting fate, but it was, yet again, pretty darn calm with light seas and some nice sun too.

I was also able to arrange with Captain Alex a Private Bridge Tour for my clients which they especially enjoyed along with the calm seas.

With our making way so wonderfully, it was a quick passage and a surprisingly beautiful one the evening before we would arrive in Antarctica.

That evening (our second at sea) I was invited to a wonderful private dinner with Captain Alex (Alexander Golubev), Staff Captain Ertan Vasvi and Hotel Director Ares Mandtadkis.  And this led to a very generous offer for me to join them on the bridge at 5:00 AM as the Seabourn Quest was scheduled to arrive in “Antarctica”.  What a wonderful experience.

When I arrived on the bridge, Captain Alex came over to me and brought me to the forward windshield, handed me a pair of binoculars and instructed me to look at the horizon.  I complied.  Then Captain said, “Look closer.  That is not the horizon that is Ice Island A57A”; a 21 mile long port of the Ross Ice Shelf that broke of about a decade ago and is slowly moving north.  WOW!

After spending about two hours taking it all in (including numerous whale sightings), I said to Captain Alex, the calm, quiet, professionalism of the Seabourn Quest’s officers and crew…right down to the lookouts…coupled with the awesome beauty created almost a meditative state for me. 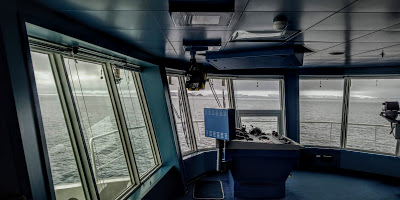 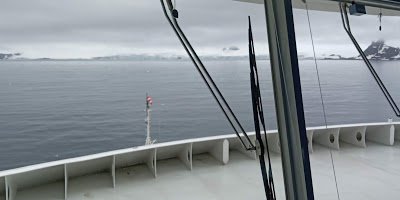 And then there was a Put The Camera Down Moment:  As the Seabourn Quest was turning to starboard, there is was just off the port bow:  Three humpback whales taking a deep dive in unison just as the ship passed.

What grace!
What beauty!
What a way to be greeted back to Antarctica!