I awoke early for the last day of the 2014 Goldring Travel Food & Wine Cruise.  It was not to prepare for my long awaited and highly anticipated Tokaji wine tasting in the afternoon, but for the sail into Budapest, Hungary.  Unfortunately it was very foggy, but still pretty spectacular. I don’t know what I was expecting in Budapest, but the tour (there was only one) gave a decent overview as the sun burned the fog away.  There was the grandeur of the 1800’s and a poster for a Slipknot concert (if you don’t know Slipknot consider yourself older…and fortunate.  I took my son to a concert a few years ago, so I know!). 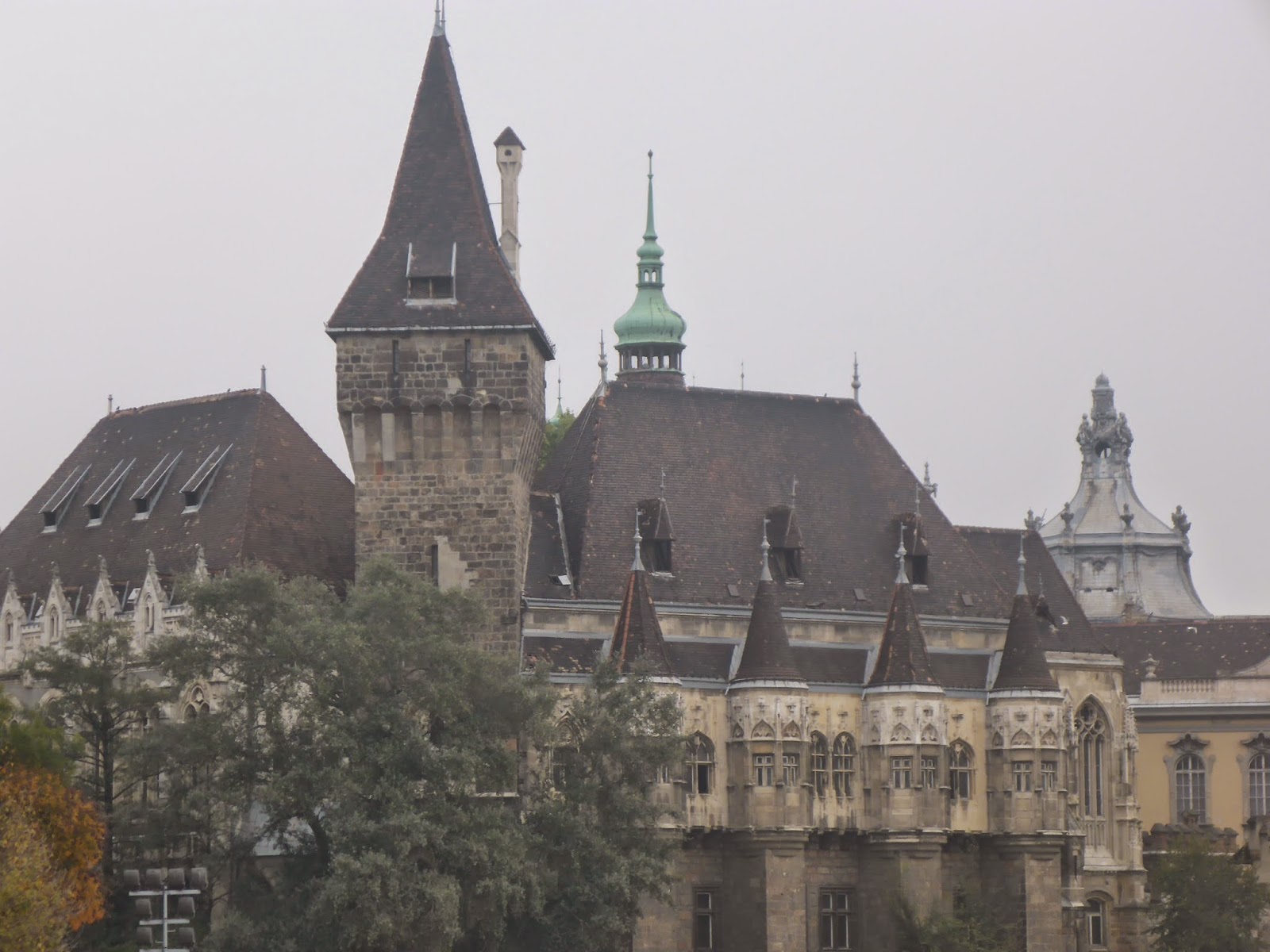 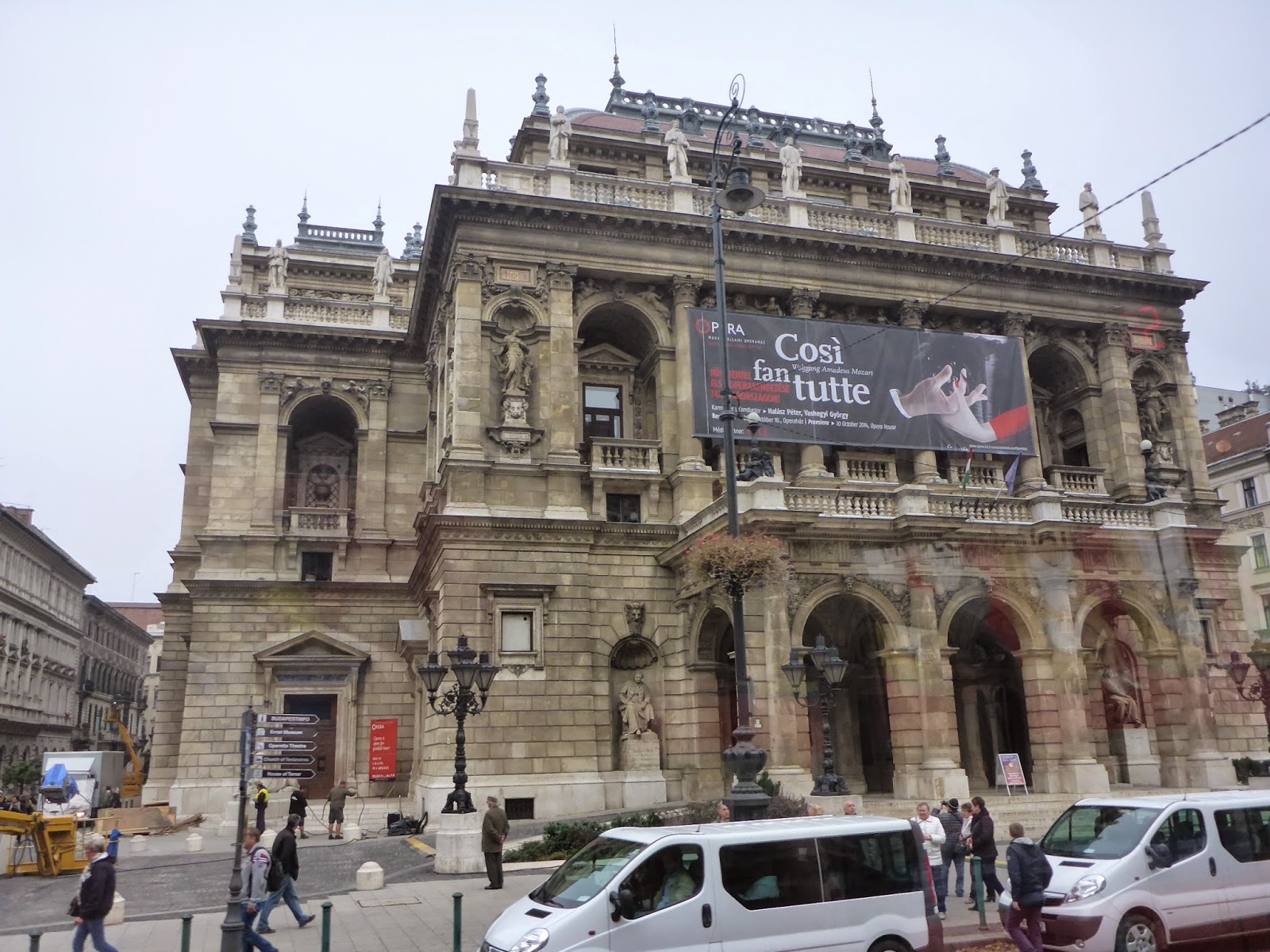 After visiting the Pest side of the city we crossed the bridge to Buda which had a bit more charm. 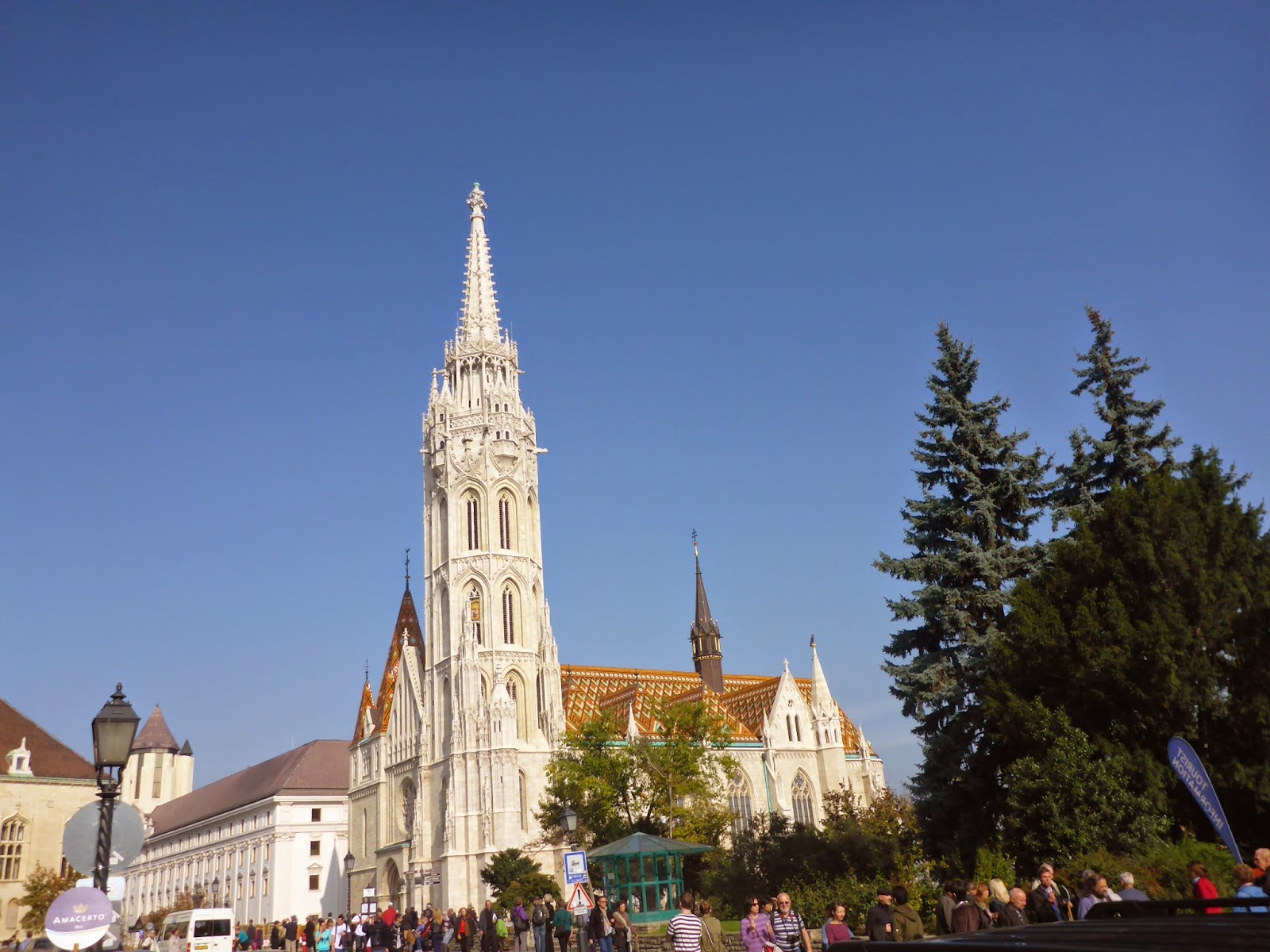 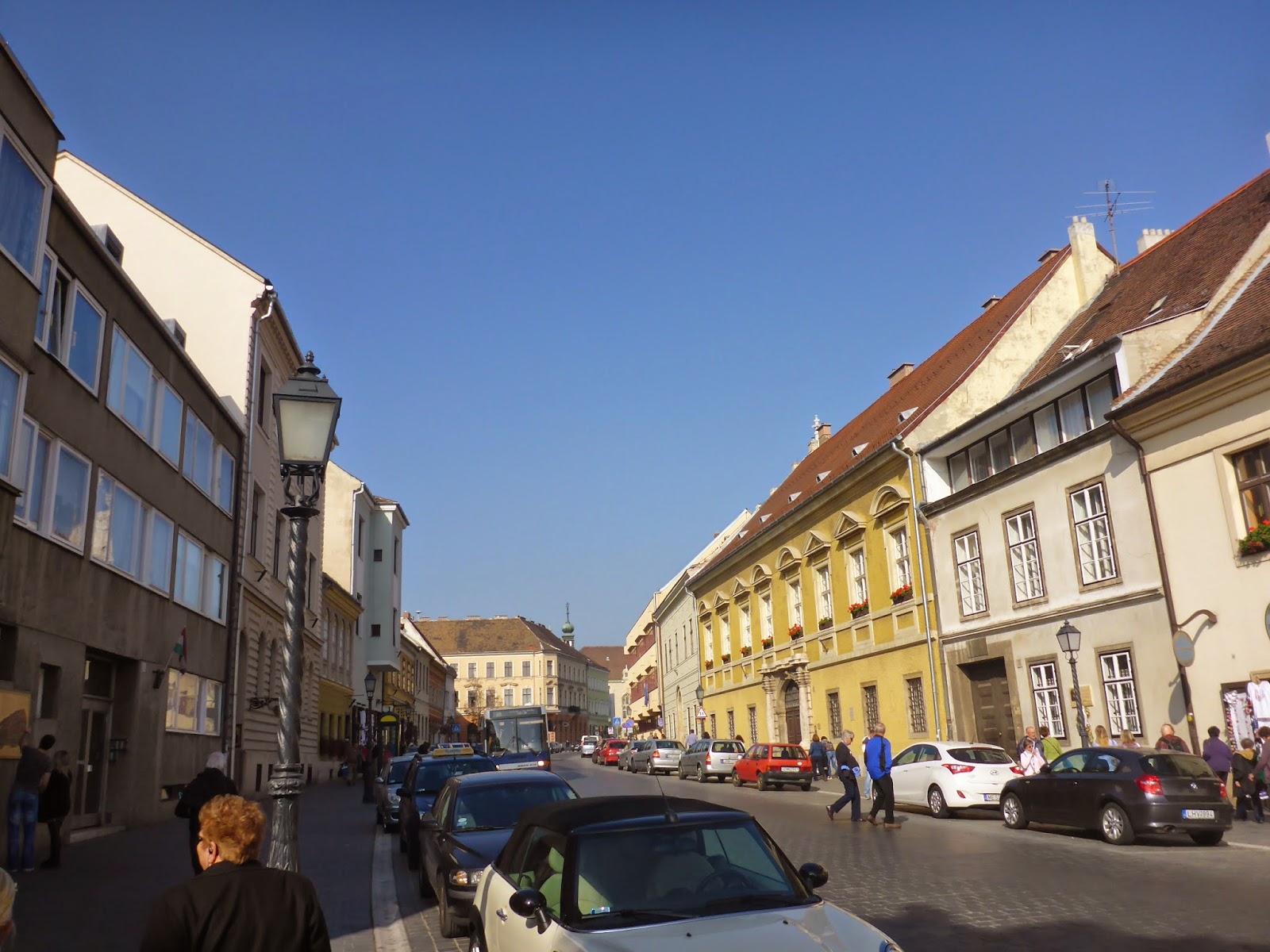 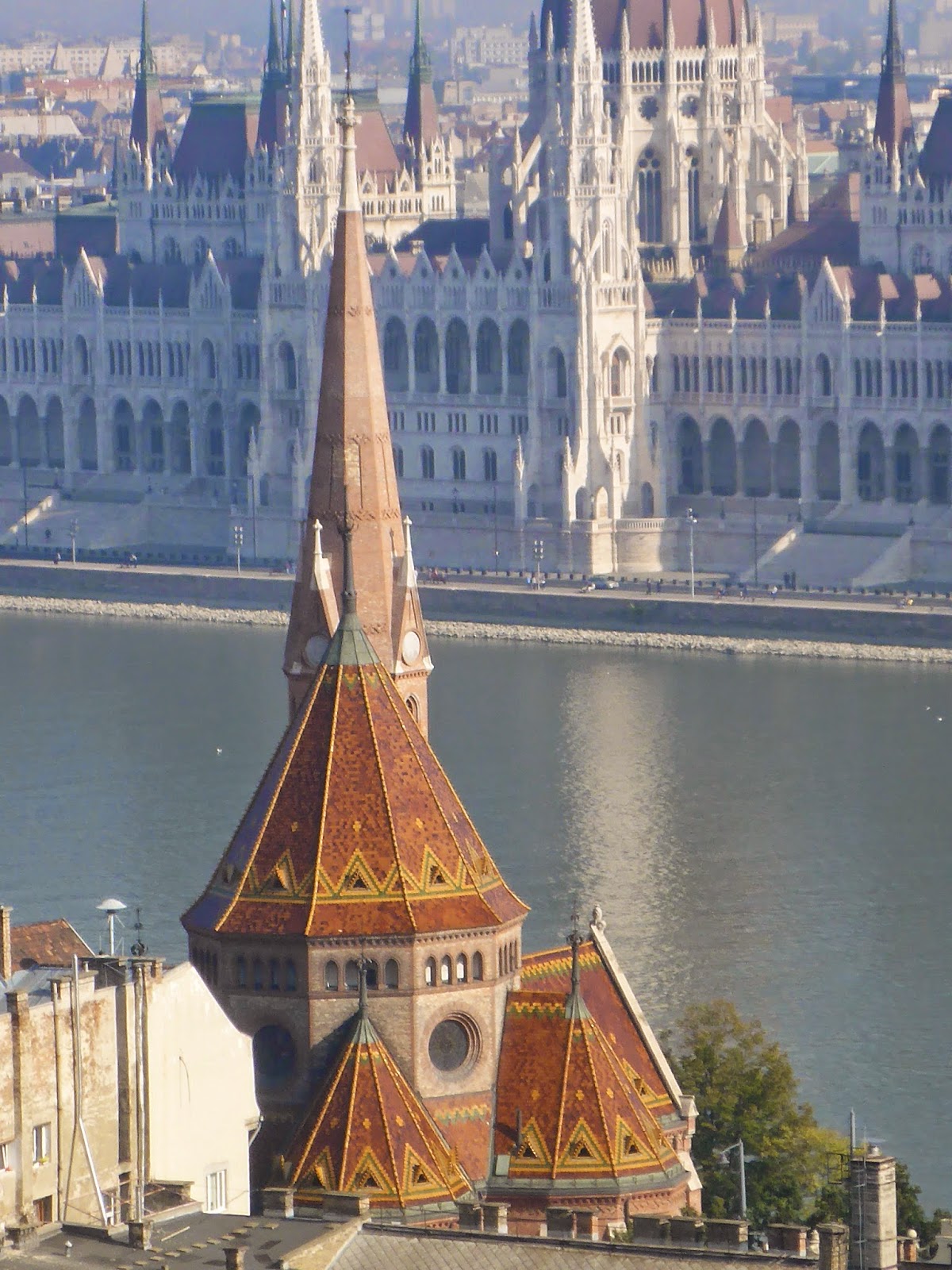 We were given a hour of free time, so while others shopped and hit the tourist coffee shops, I wandered into a tiny local pub for a beer 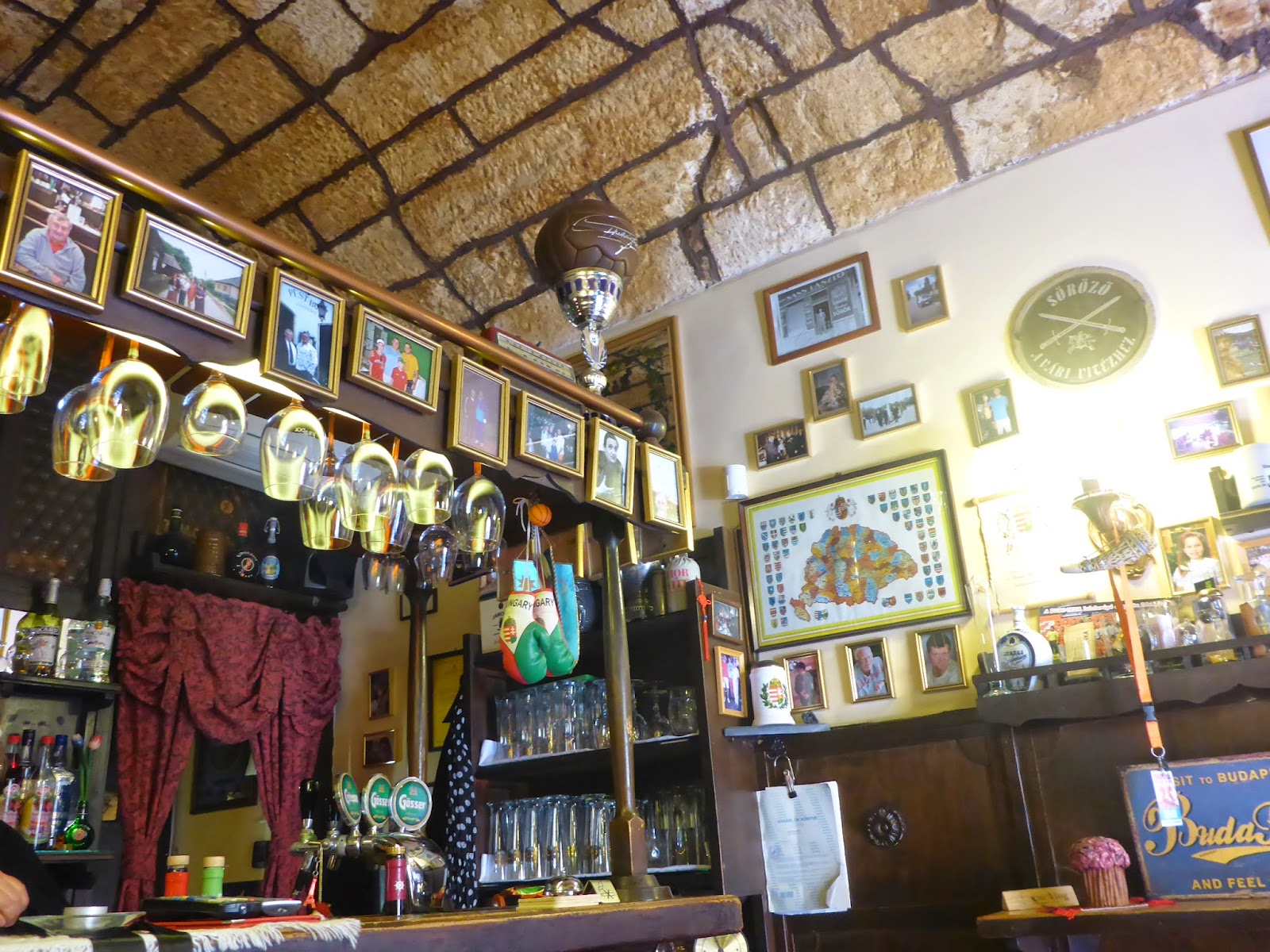 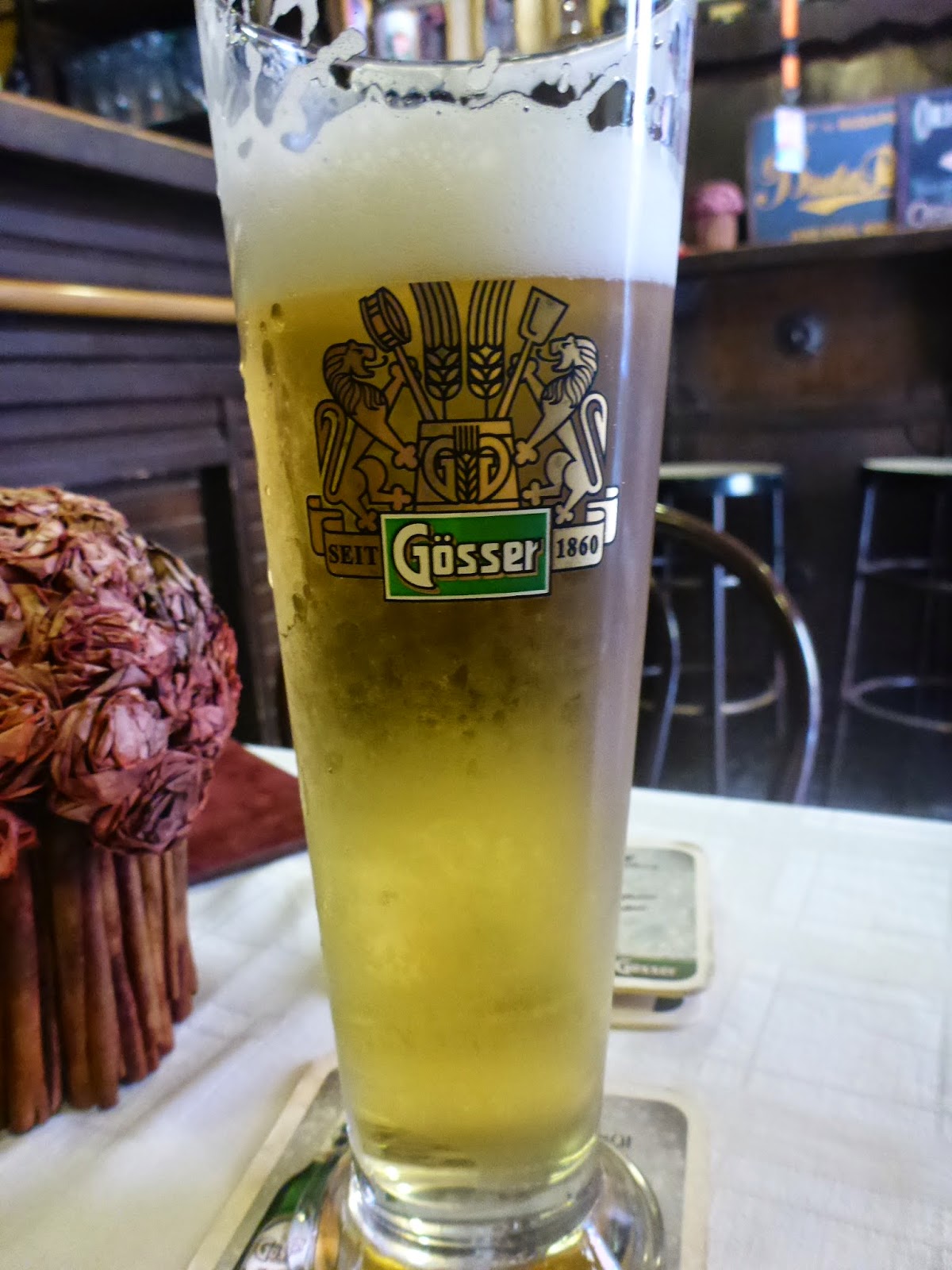 and then wandered over to an area away from the regular tourist area and found a food truck with a long line.

We returned to the ship for our last locally themed lunch (a tasty Hungarian goulash, of course), but after that wonderful paprika seasoned sausage a taste is all I could muster.

Mid-afternoon was the last Goldring Travel Food & Wine Event…and the one I have been so looking forward to:  A Tokaji wine tasting.  Tokaji is a small area of Hungary that produces what I believe is the absolutely the best dessert wine in the world.

Getting to Domus Vinorum, the location of our tasting, was interesting because we took the local tram.  It was an ancient relic yet our guide said it was rated as one of the 10 most beautiful trams in Europe.  Then I realized it was because of the view traveling along the Danube.  If you have the time, the 2 Euro investment for a trip on the No. 2 tram is worth it.

We entered into a modern wine shop and were ushered down the stairs, through one room, down a small, winding, stone hallway and into a beautiful tasting room. 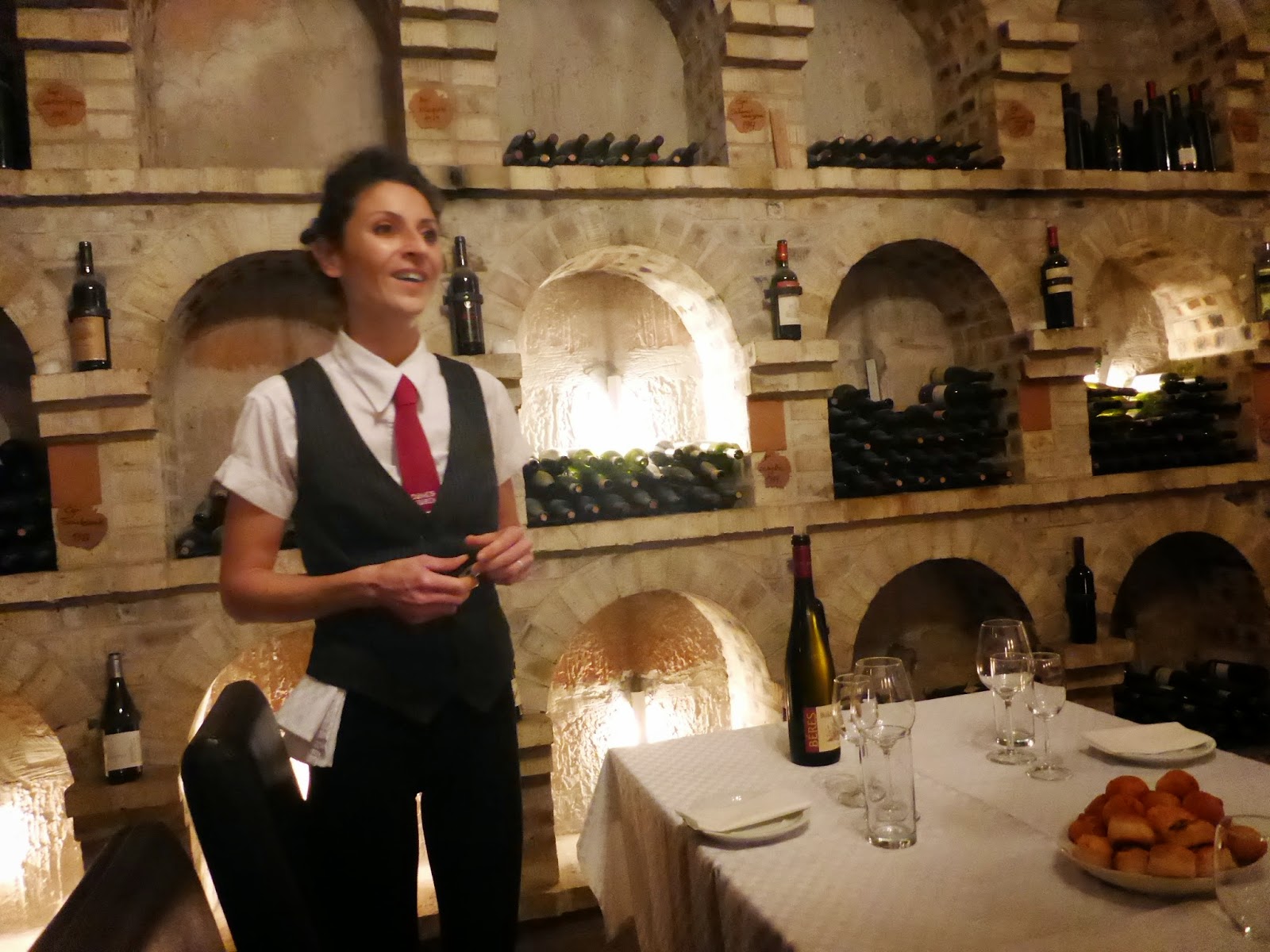 Our sommelier for the tasting, Esther, was outstanding.  Her father owns a vineyard and she lives Hungarian wines.  Her passion, as well as her charm, made this another incredible tasting.  It was a great education as well.

What I didn’t know, and didn’t expect, was that we tasted two Tokaji wines that were more un-oaked chardonnay like.  They were OK, but nothing special. 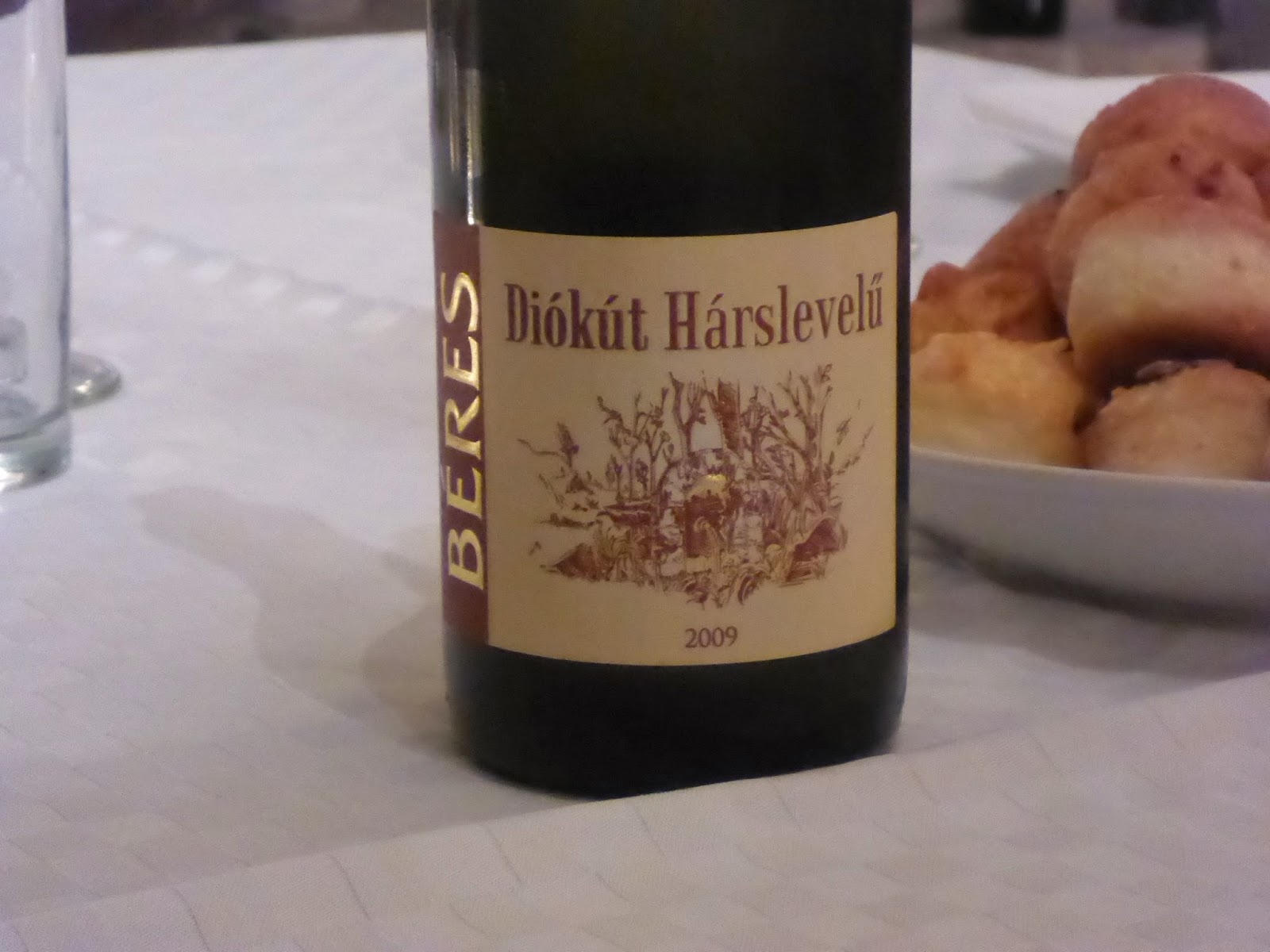 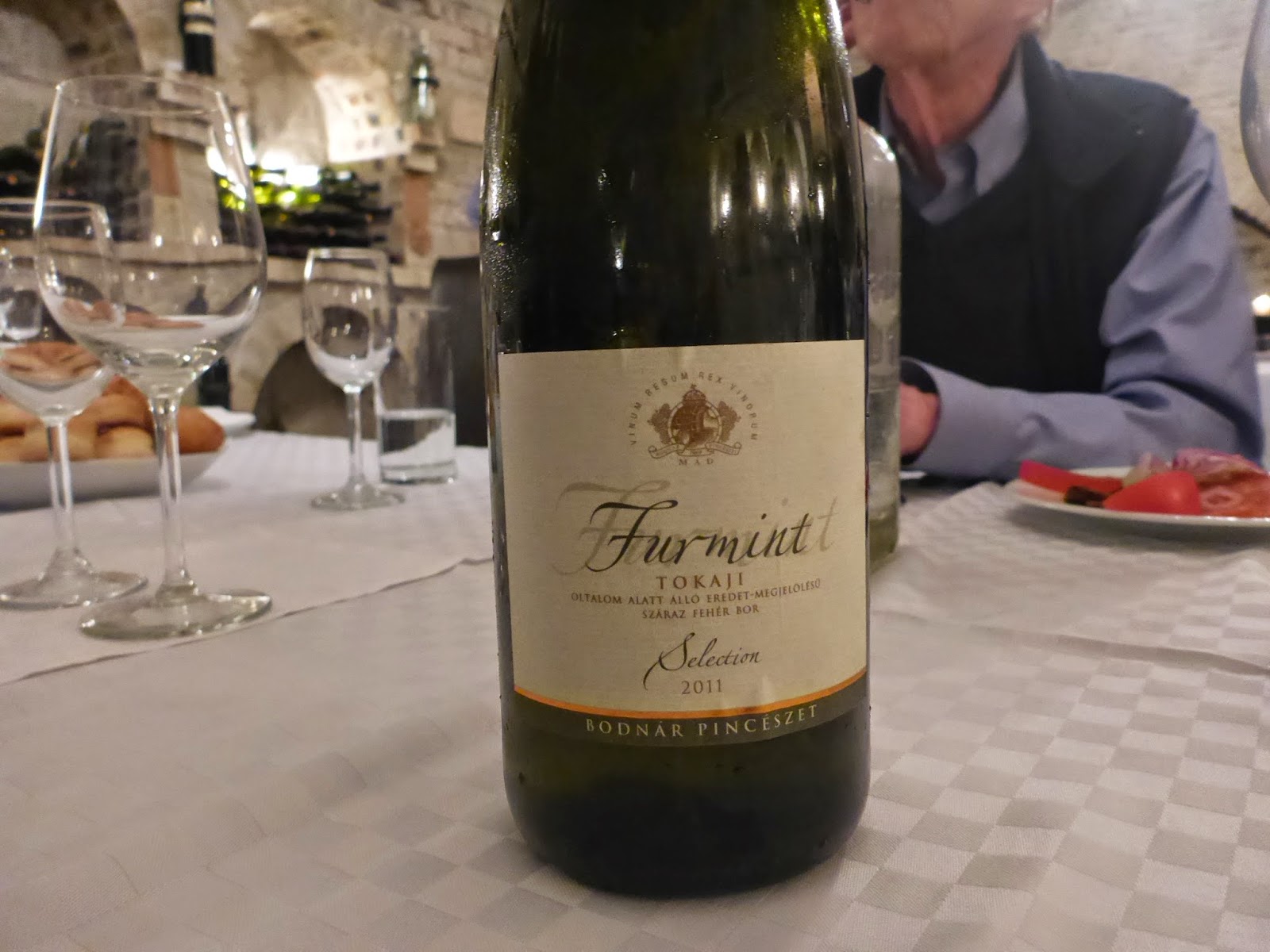 Honestly, I think they were a set up for what was to come:  A little bit of heaven.  The three following wines were the Tokaji I had been waiting for.  These Tokaji wines reference a certain number of puttonyos, or 25 kg baskets of highly ripened Aszú grapes added to the barrel, ranging from 3 to 6 puttonyos.  (Puttony is singular.)  The more puttonyos the higher the sugar concentration and greater concentration of flavors. 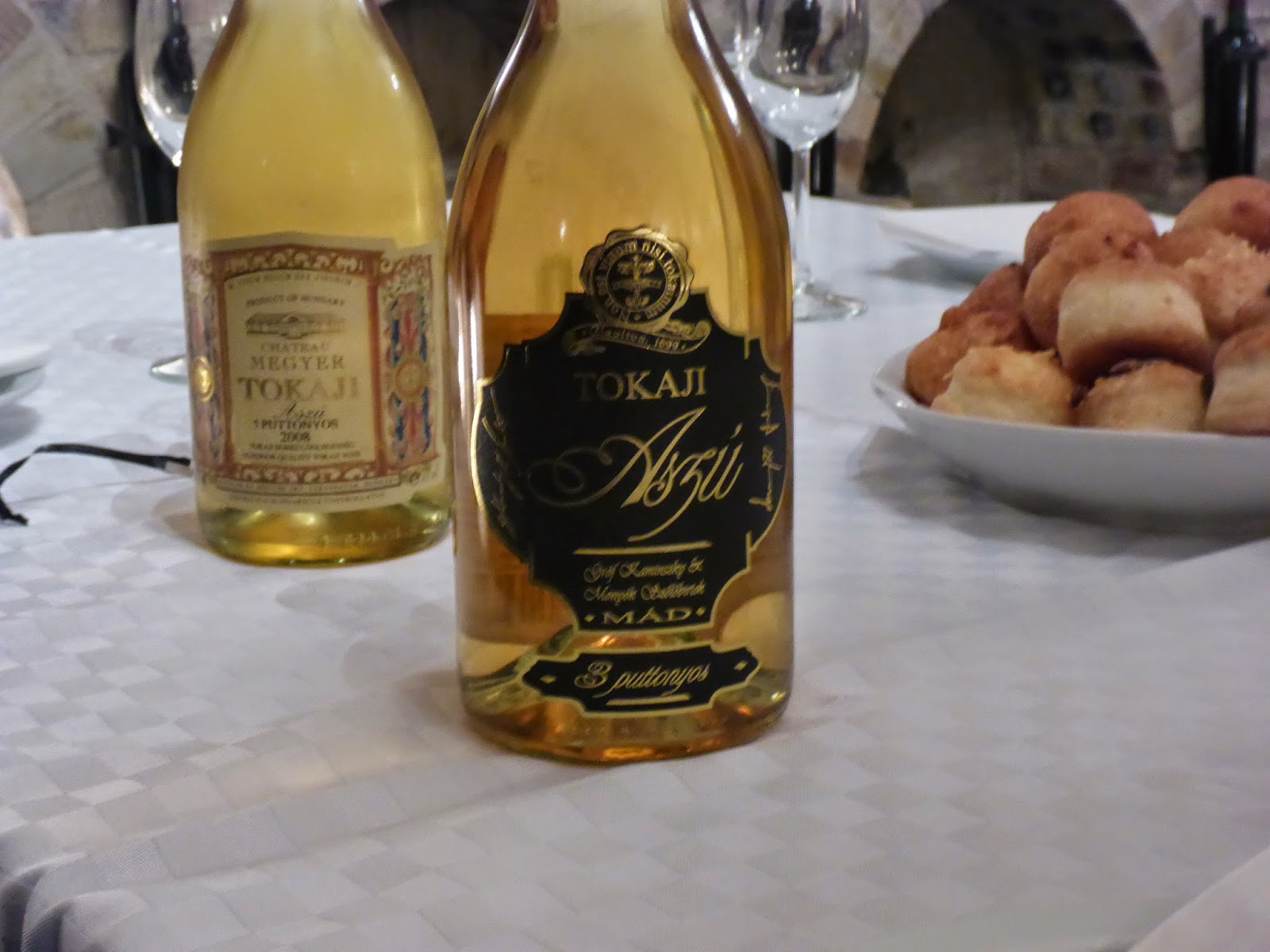 Our last wine, a 6 puttonyos Bestek 100% Aszú grape, 1989 Tokaji was, without a doubt, the finest dessert wine I have ever enjoyed.  You need to taste it in order to appreciate it.  With the other two Tokaji wines paring with a gooey stinky cheese or a cigar would be perfect.  But for this:  Nothing.  it was so complex, so sumptuous, so damn good that paring it with anything would be a crime! It was a fantastic finish. 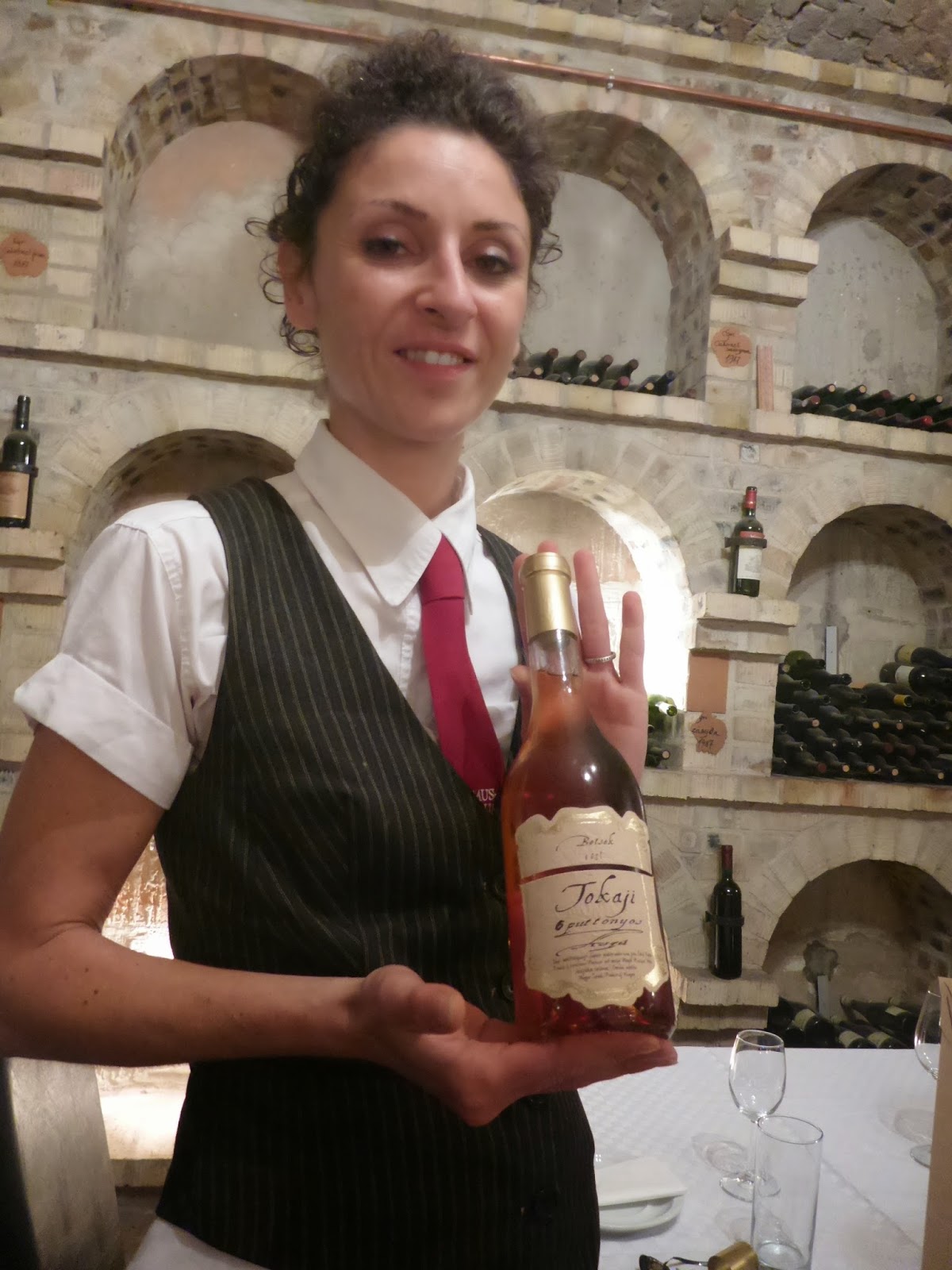 After our tasting we headed back to the AmaCerto to begin the dreaded packing.  I decided to delay that until after dinner as AmaWaterways allows you to stay in your stateroom until 9:00 AM on Disembarkation Day and use the lounge right up until the ship departs with her new guests and I was scheduled for an afternoon flight out.  (AmaWaterways even schedules taxis for you if you like.)

However, after I checked and was sitting at dinner, Lufthansa sent me an email that my flight was cancelled.  Its pilots were on strike.  After quickly making some calls I was on a 6:00 AM flight out of Budapest, but others were not so lucky…and Lufthansa offered to assistance.

So that ordeal taken care of and the crisis avoided, AmaWaterways was not done.  After dinner we were given a final WOW with a nighttime cruise up and down the Danube to enjoy the incredible Budapest riverfront lit up in all of its elegance. 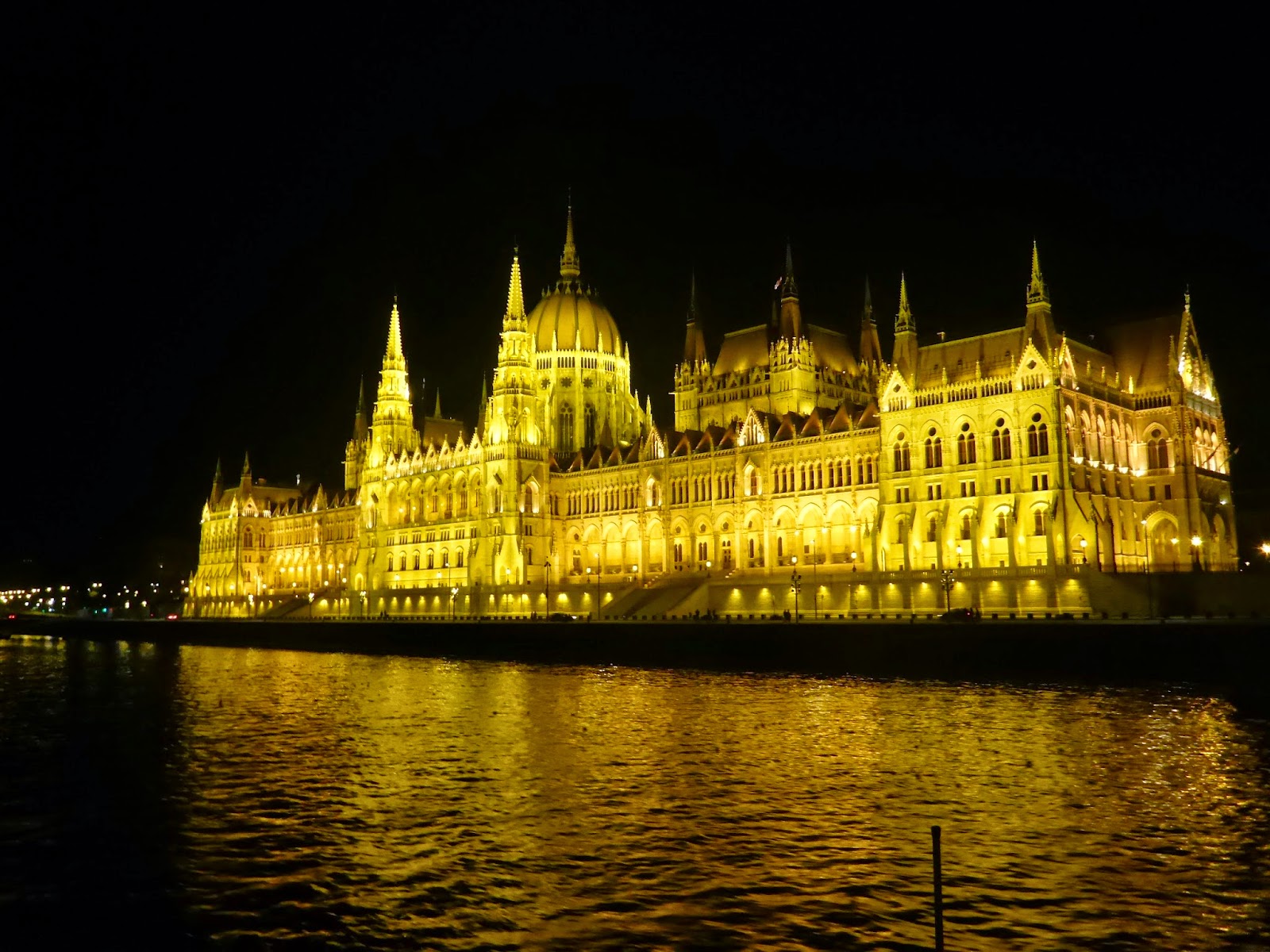 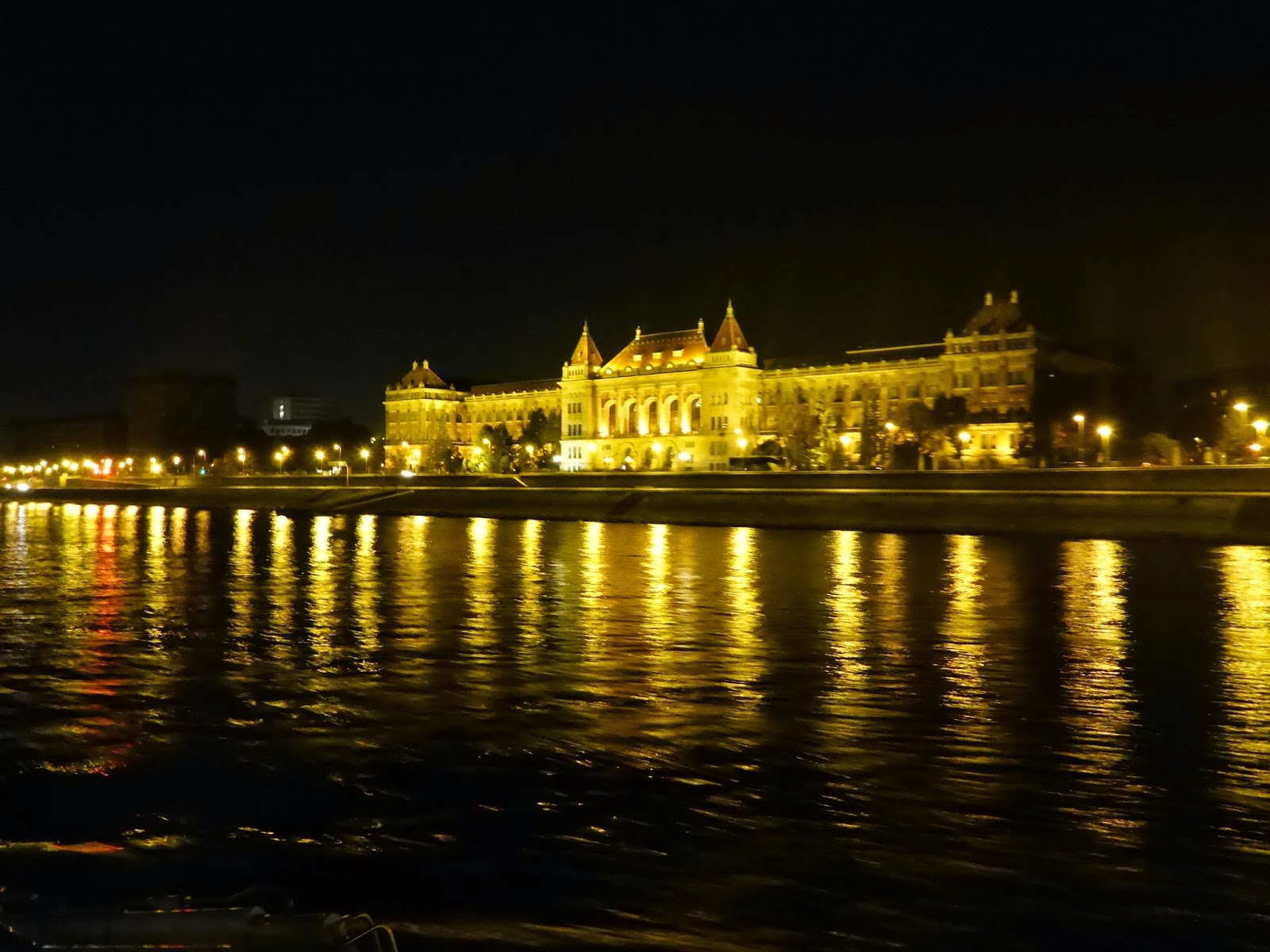 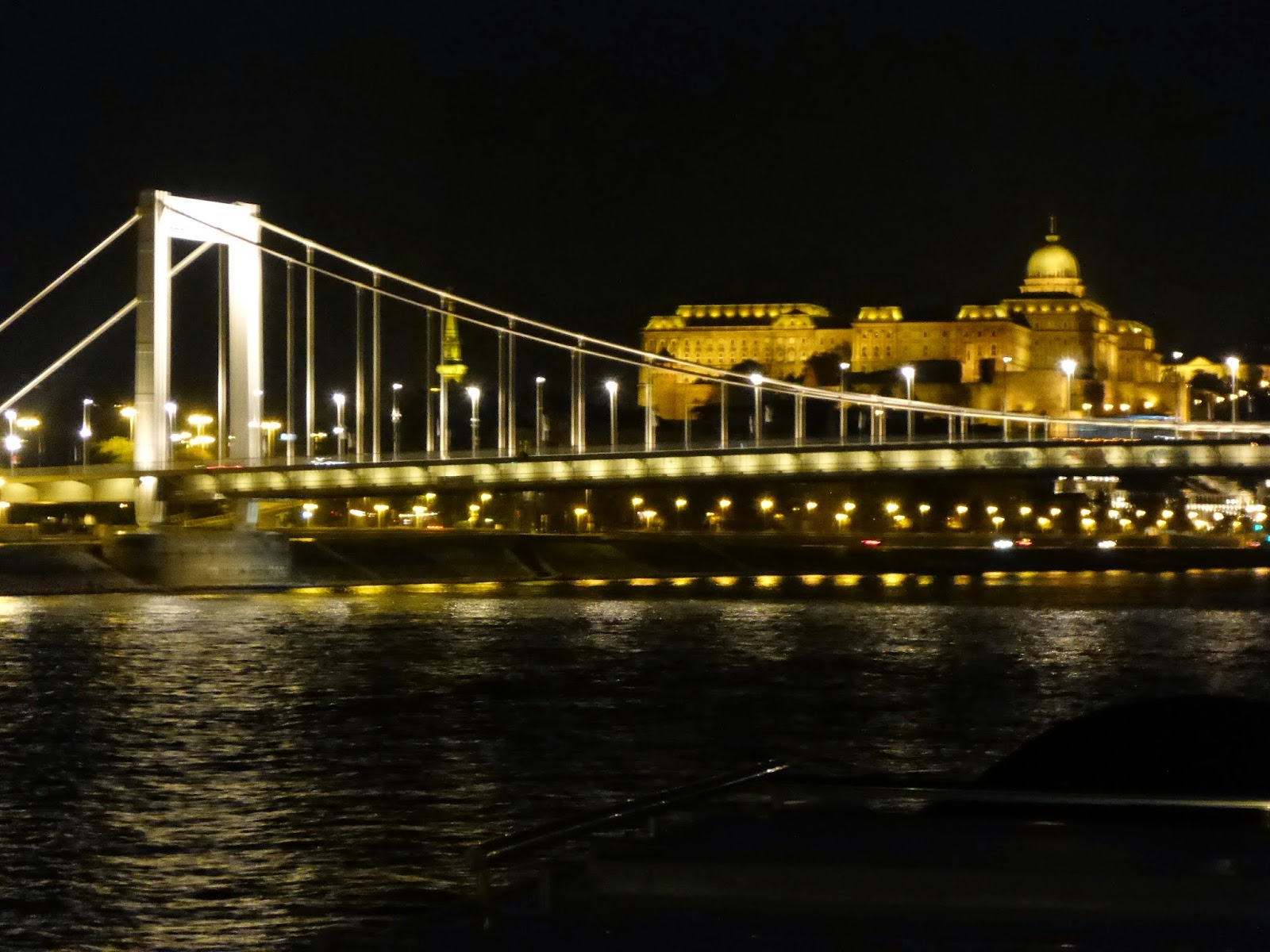 What a fantastic way to end my cruise on the AmaWaterways AmaCerto.