Since the Tonle Sap Lake level was too low, we traveled fairly far south to Prek Kdam in order to find a convergence of road, river and landing facilities.  It was a reminder of just how undeveloped and remote Cambodia is.  But as we had to travel so far south, we doubled back once aboard the AmaLotus and traveled north up the Tonle Sap River after embarkation to Kampong Chhanang (say Com-Pong Cha-Nang) where we anchored overnight mid-river.  Trust me there is no nightlife that is being missed in this remote area.
Up early we boarded small local boats for a guided tour of the floating village.  It was more like a floating town with everything from drying fish to motor repairs being available from ramshackle huts constructed on top of stacks of bamboo (which last for about 5 years).  There are many smiling faces of children whether doing chores or just hanging around. 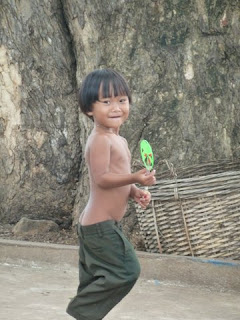 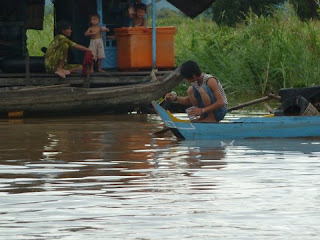 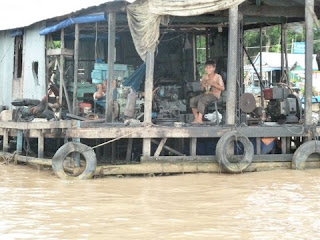 It is a busy place, but also docile.  Women with floating grocery stores, men moving bags of rice, a woman with a floating shaved ice concession float by huge baskets of fish and crabs.  Everyone seems content with a simple life with little to worry about in their world of bartering and almost no expenses.  (It is strange to see this with cell phones being used by almost everyone!) 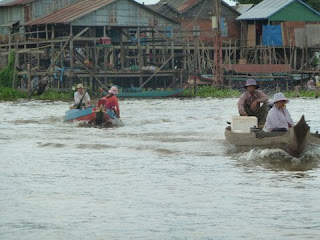 But there is another side, there is no plumbing so the waste goes right into the water under their homes.  It is also the source of their bath water, swimming and recreation and, to be sure, the location of their fish pens or crab pots (if this their business) resulting in a rather disturbing (at least for western culture) corruption of the food chain and overall hygiene.  This has been their lifestyle for centuries and, to be sure, it does not seem to be in danger of disappearing…though some improvements would be appreciated.
After the tour our boat took us to the local land-based market. 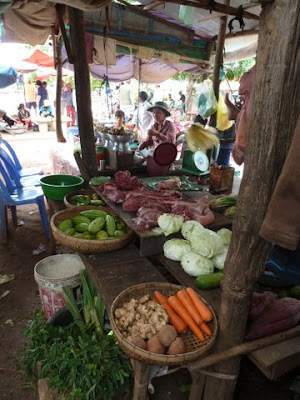 And this is where my son earned his $50.00.  He, without hesitation, ate a Fertilized Duck Egg (also known as a Balut egg).  While I do not show photos of my children I will tell you that I am working on permission to have a video I took uploaded onto YouTube.  The star of the video is not my son eating the duck embryo, but the face of my daughter…showing utter disgust as only a 13 year old girl can do! 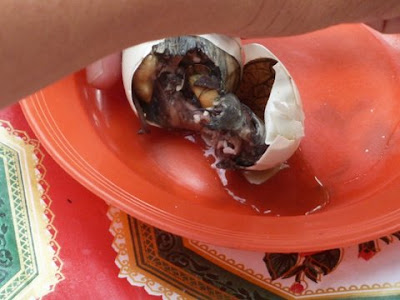 But as he finished I thought to myself, “What have I done?  How can I have a 16 year old telling me for how many years that he did it and I did not?”  Yes, that’s right, I ate one too. 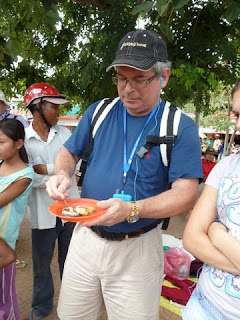 We then walk along and a man pulls up with a huge honeycomb in the trunk of his car, 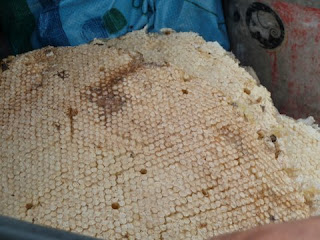 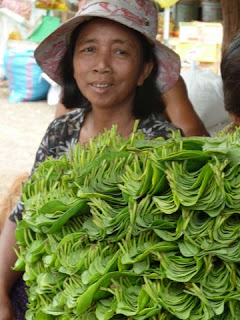 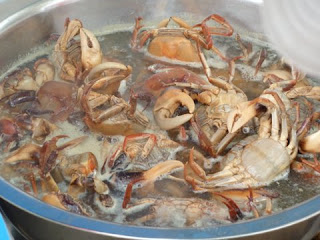 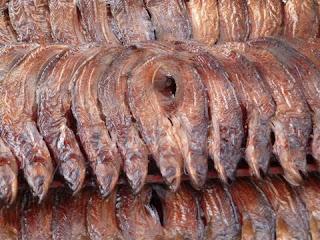 and a woman selling herbal medicines 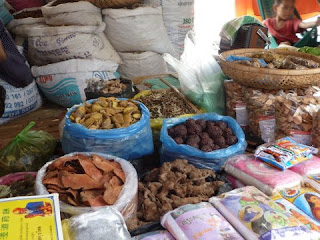 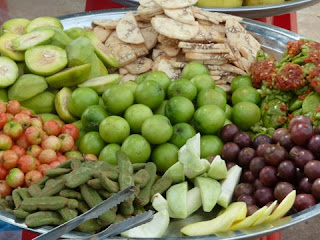 Our walk was over a very small area so what strikes me is that for a country that is hugely dependent on rice, there is a diversity of foods within reach of many…but only if they compromise on other things; and that many just are not willing to do.   This country and its politics, economies and people are very complex and so far I feel I am just scratching the surface.

But our day has only just begun!

After a rest and another excellent lunch onboard the AmaLotus, we traveled downstream to Kampong Tralach.  As we arrived there were dozens of wooden ox carts and about a hundred people; the largest gathering I have seen in the rural countryside.  While many were there to get new Identity Cards, some were there for us. 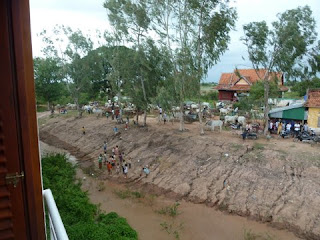 We looked at the carts and saw that it was really a cart.  No seats and very small with a jute carpet to sit on.  As we agreed my son and I would do this together the seating was tight.  As our driver and two oxen pulled out on the dirt road, I am not sure if my sides hurt more from laughing or my bottom from the ride.  One funny moment was when I was slipping out the back and the single wooden stick intended to hold us in popped out of its peg…like that was going to stop me…and then my son says to me, “Dad, if we fall down that ravine do we have to go home?” To which I replied, “I guess it depends on how hurt we get.”  It was a long 20 minutes, but also a very memorable one. 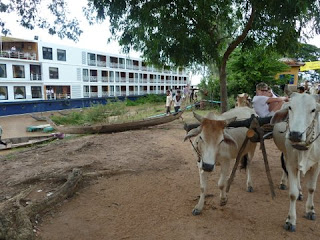 We then had what, surprisingly for me, was what my children thought has been the best part of the trip so far:  A visit to a Buddhist Monastery.  (Comfortable busses were waiting for us as was our truly wonderful guide.)  Our guide gave us a bit more insight not only into Buddhism, but the workings of the monastery and the Bhuddist role in both religion and politics.  He is incredibly insightful and makes so much of this complex society make some sense. 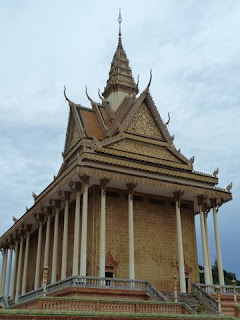 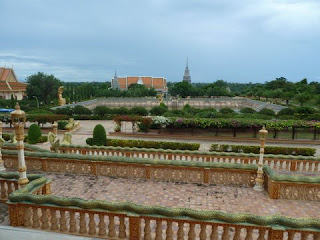 The monastery was quite impressive, but the prayer service – with its rhythmic chanting including the tossing of jasmine flowers over us – was very moving.  It really brought you to a different place with solitude and peace.  The three monks without emotion just started chanting each with a different tonal quality (one with a distinct twang) repeating the same phrases and then changing just a bit of it (either tone or melody or phraseology). 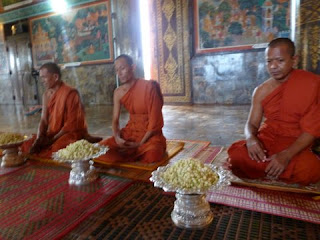 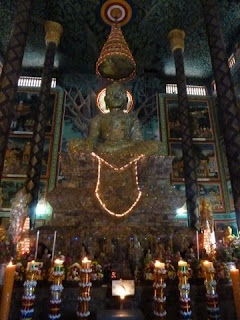 It was, to be sure, a WOW moment both individually and as a father.  It is pretty cool for your children to both get that this ain’t no week at Disney World.

As we had been traveling up the Tonle Sap River, the AmaLotus travelled back down the river to our starting Embarkation field at Prek Kdam for our cruise down to Phnom Pehn where we anchor midstream.

After dinner we went up to the Sun Deck to enjoy the evening and our arrival into the city.  It was sort of surreal.  Having been in rural Cambodia we were greeted by some flashing lights, a couple of taller buildings and the drum beat  of a disco.  I just wanted to go back upriver.