Later today will be a private Indian cooking demonstration by Chef Rajat, but more on that later.

First, we were up early for our private tour in Halifax to visit Peggy’s Cove…where the lighthouse that is on the Goldring Travel logo is located…so that we would miss the tour busses from the ships that were just arriving into Halifax so I could get some nice photos.  With our 8:00 a.m. start this should not be a problem.

So our guide, Gary, of Van Tours of Nova Scotia, said we had time to see some other sites and he was anxious, as I am a travel agent, to see what there was to offer my clients.  Having been on the Ensemble Experience the day before we were able to short circuit some of the stops, but what became obvious what that Gary knew his stuff, loved to research the history of the various places and was more comfortable discussing them rather than engaging in a boring and tedious drone.  It was refreshing.

One stop I never would have made was to Acadian Maple Products; a maple shop and processing facility.  While we didn’t see the facility and it clearly was geared up for tour buses, with rows of seating, the owner was interesting.  More importantly, he introduced me to Maple Wine.  Yep, it is just one of those things that you have to purchase when on a Food & Wine Cruise.  So, I bought two of their finest Acadian Maple Reserve vin d’erable (maple wine).  We most definitely will be tasting it at the Food & Wine Event onboard the Seabourn Sojourn as the cruise comes to an end.

After that we arrived at Peggy’s Cove…right behind two huge tour busses and with the place crawling with tourists like ants.  I was none too happy, but when I saw/heard a bad bagpiper and then a tacky, wacko, accordion “player” sitting right in the “money shot” of the lighthouse…at the same time…I said, “OMG, I am in Tourist Hell”.  Then I looked at the rocks under my feet and I saw the first true litter in Canada:  remnants of fireworks all over the place.  My mood switched very quickly to “How can the Canadian government allow this beautiful spot be treated this way?”

I got a few photos of me with “my” lighthouse that I will probably Photoshop all the other tourists out of and some other interesting shots working hard to eliminate the tourists, tourist signs and busses.  I just wish the place was a pretty as the photos made it out to be. 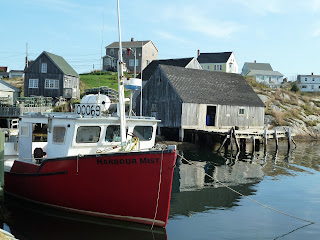 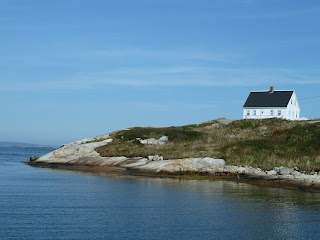 After walking through the “village” of alleged artisans, it was most definitely time to leave.

We doubled back to visit Ryer and Ryer Lobster Pound where we were greeted and entertained by its owner, Dave.  My friends had never been to a lobster pound, so Dave brought out the various sized lobsters and then a 15 pound behemoth before taking us around back to see his holding tank…where he keeps already sorted lobsters in crates floating in fresh seawater pumped and recirculated into a large tank (with large cooler units to be sure the lobsters do not get warm enough to start spawning). 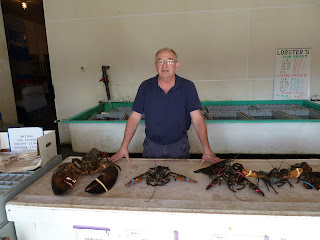 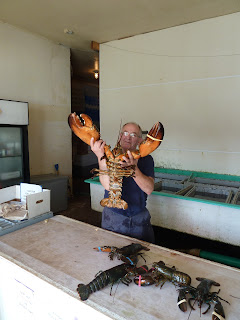 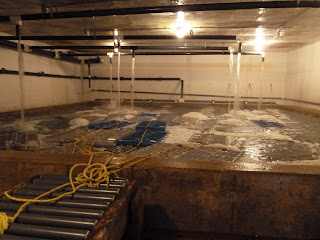 As it was still fairly early in the morning (and we had to be back on board the Seabourn Sojourn for a 1:00 p.m. departure) a lobster lunch would have been a bit much.  However, a half dozen incredibly fresh oysters were perfect. 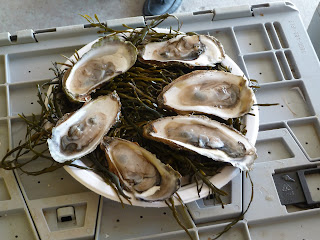 It was my friend’s first taste of fresh oysters…and after just one he knew it would not be his last!

After that it was a very pretty ride back to the ship.  As we started I shouted, “Stop the car!”  From the roadway I saw the view of the Peggy’s Cove lighthouse that I wanted…but had never thought of. 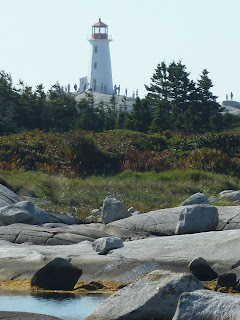 You just cannot plan or calculate beauty or natural photography.  (Please excuse the tourists…they will be Photoshopped out soon…naturally!)

Photo achieved, we continued our ride with Gary starting some interesting and entertaining discussions.    This day is another example of fancy or luxury or planned not necessarily being the best way to see a place.  We could have hired a nice sedan and a “trained” guide who followed a route (never doubling back!) and who would have found an “appropriate” place to dine…and we would have missed the good stuff.

Back on board we enjoyed our sail away heading to Bar Harbor, Maine, but I was focused on the first Goldring Travel Food & Wine Special Event:  Chef Rajat Adhikary’s Indian Cooking Demonstration in front of the show galley in the Colonnade.  Chef Rajat did more than demonstrate, he shared himself and how he became a chef (which started simply by helping his mother) and also gave some great insight into Indian spices and cooking. 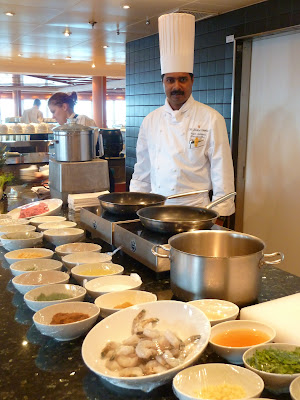 Chef Rajat prepared Lamb Kofta with Green Chutney as well as Malabar Shrimp Curry with Steamed Basmati Rice.  (If you would like the recipes, which were provided to all of my guests, let me know and I can email them to you.). 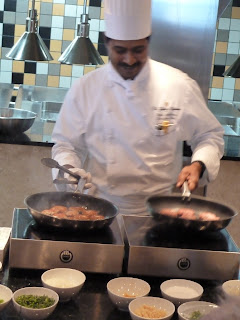 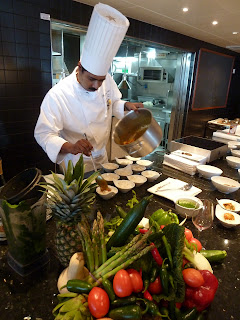 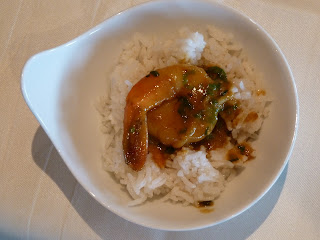 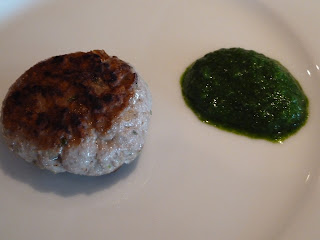 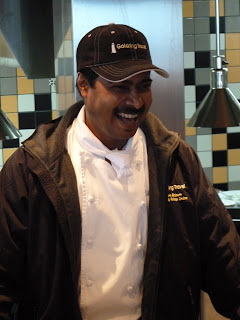 These dishes were paired by Sommelier Tilmar Pfefferkorn with a very nice Riesling and Mezzomondo Negroamaro Salento, a fairly big and rustic red.


After the cooking demonstration Chef Rajat gave all of those interested a private tour of the main galley taking more than the usual amount of time as the interest of those attending was truly outstanding.

After an obviously light dinner it was time for a drink and then an early night, ending a very busy and great day.