I knew, since this particular cruise was decided upon to be the Goldring Travel 2019 Culinary & Cultural Cruise, that we would be visiting a whisky distillery; the only question being which one.  Well, since my “go to” whisky is Glenfiddich that answer came quickly to me! 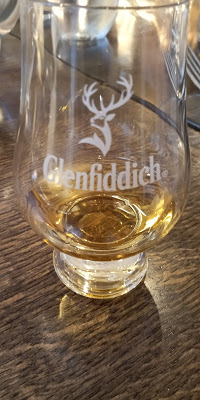 Our day started with a long and rainy drive through the beautiful Scottish countryside as we headed to the Speyside region also known for its Malt Whisky Trail.  (Note: Only the Scottish version of whisky has no “e”.) 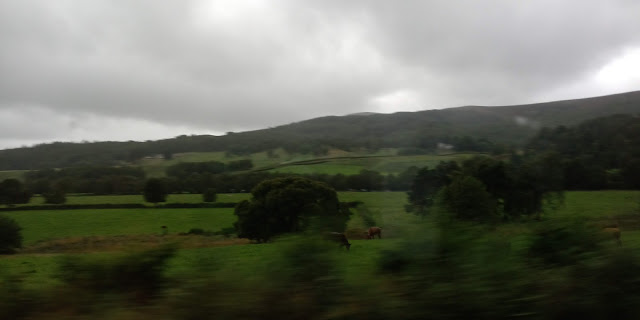 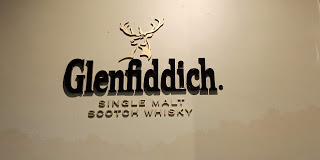 Upon arrival at Glenfiddich we headed to the Malt Barn, a restaurant located inside one of Glenfiddich’s first buildings from the mid-1800’s used, in part, to malt barley, for a lunch.  (Safety tip:  Never engage in a proper whisky tasting on an empty stomach!)

With fresh Scottish salmon, haddock, scallops, mussels, lobsters and more purchased while Shopping with the Seabourn Executive Chef the day before (for the Grand Culinary Event later in the cruise), our culinary focus this day was not so much on Scotland’s famous seafood, but gourmet versions of Scottish classics.

Each of the dishes had a whisky pairing suggestion…and, yes, pairing whisky with food is actually no different than pairing wine with food.  The two most popular:  A Glenfiddich whisky sour (one guest proclaiming it the best she has ever had) and a 15-year-old Glenfiddich single malt.
Most started with Cullen Skink, a traditional Scottish soup made with smoked haddock, potatoes and onions in a milk or cream base.  While its origins lie in having a hearty winter’s meal, Glenfiddich’s chef created a light, yet sumptuous, delicious creation that was so good that those who hadn’t ordered it quickly became envious.

While a number of Scottish options were offered for the main course, most opted for incredibly delicious potato-based Fishcakes or a gourmet take on Haggis, Neeps and Tatties.  (Yes, I know, I have a bit of a fixation on haggis, but it isn’t like I can get it back in the US and I do love the stuff.  In fact, my late bulldog was named Haggis McGillicuddy of the Highlands.)

My guests assumed they were not getting dessert, but I had pre-ordered for them.  Everyone was served Sticky Toffee Pudding with Ice Cream. Most had never experienced this wee bit o’ heaven, but this upscale version has assured they will have it again!  (Purists will argue that a custardy cream is more appropriate than ice cream.)

With lunch over and enthusiasm high, it was time to begin our Glenfiddich Tour and Tasting Experience.  We were greeted by our guide and whisky expert, Graham, who brought us to a beautiful room that had peviously been used to malt the barley.

He provided us with our first whisky (or the second one if one was paired with lunch – as I did).  It was an interesting IPA whisky which was aged 14 years in a bourbon cask and then six months in a beer cask.

One of the most interesting things about Glenfiddich is that has always been owned and operated by a single family, the Grants.  Because of this Glenfiddich has a history of innovation, from things like its IPA whisky to creating the first visitor’s center to having its own cooperage (cask maker).

Over the next hour we toured the Glenfiddich facilities and, to be honest, I was amazed at the volume of whisky that it produces as well as its commitment to retaining old-school techniques such as maintaining wood vats and freely using copper while rejecting stainless steel. 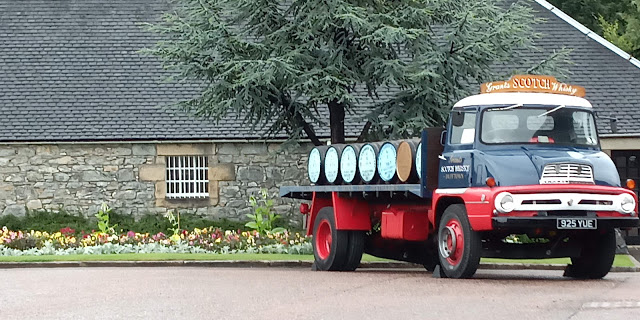 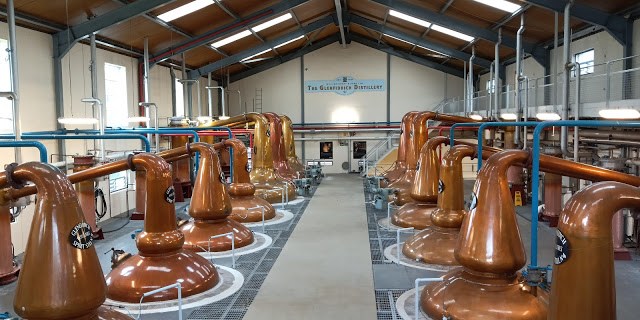 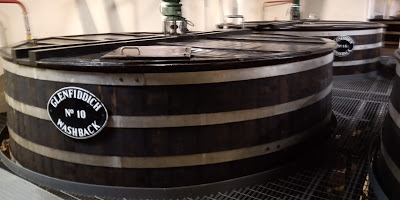 Our tour almost being over, it was time for a surprise for my guests…and one which I could not photograph due to the high alcohol content in the air (true!).  We were brought to a warehouse where both Glenfiddich and Balvenie whiskys are being aged. (Balvenie is another distillery owned by the Grants that is just up the road from Glenfiddich.)  We were presented with four casks, each containing 20+ year old whisky:

Our guide removed the plugs from the bunghole (the hole in the cask through which it is filled) and we were able to take a good sniff in each.  We were then told to pick the one each of us preferred.  Each of us took a turn using a tool called a whisky thief to draw a sample from our chosen casks and filled a small bottle to take home; but only after logging our whisky sample in Glenfiddich’s records and filling out proper Glenfiddich labelling.

It should be noted that Glenfiddich whiskies are generally a marriage of bourbon and sherry cask aged whiskies.  It is still considered a single malt because the malt and resulting whiskies are from the same batches; just aged in different casks.  That is why it is called a marriage rather than a blending.

It was then time for the Whisky Tasting.  Unfortunately, time was running short, but we did have a sampling of five (5) additional single malt whiskies (in addition to the IPA and 15-year-old previously sampled): 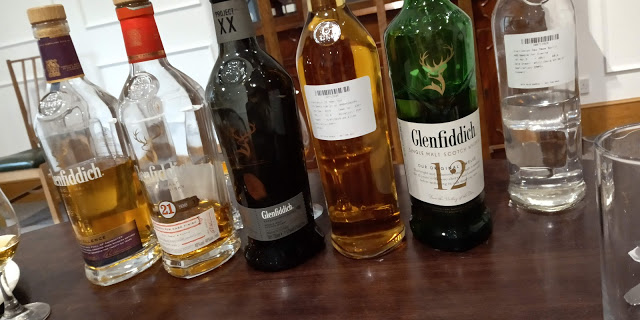 Set before us were pre-poured samples along with foods to pair with each ranging from raisins (sultanas) to cheese to creme brulee to smoked salmon.

For me the favorite parts of the day were the comments from my guests that insisted they did not like whisky…as they happily were drawn into the whisky tasting…feigning protests before giving in.  Exposure to culinary and cultural things that are, in fact, different than preconceived notions is, of course, the point!

After our whisky tasting it was time to head back to the Seabourn Ovation for the sailaway to Scrabster, Scotland.

If you are interested in a Seabourn, or any other, cruise, give me a call, drop me an email or send me a Facebook message!