It is hard to believe my daughter and I fit in as much as we did in just a few short days in Taipei, Taiwan, but we did.

Tina, of Taipei Eats, had brought us to Bear Cuisine for Taiwan’s famous soup dumplings rather than the Michelin starred chef’s Din Tai Fung, which has now become sort of a chain.  She had asked if we would do a taste test.  Why yes! Yes I will; especially so because we are meeting Tina later that evening to try out another night market, Ningxia, which is smaller, but known for the best “old school” offerings.

(I have to say that, like most food, there was a stylistic difference between the two.  Bear Cuisine has more flavor and was a bit more rustic.  Din Tai Fung was more elegant and subtle.  My vote is Bear Cuisine.)

It was time for a rest before heading out to the Ningxia Night Market for an in depth exploration of Taiwan street food with someone who really knows where to go and what to eat.  Without getting into every I ate…and I think I ate close to everything!…from my new favorite, spicy duck head and neck, to pig intestine soup, baby oyster soup, stuffed squid, spinach with garlic, sweet and sour fish, to mochi (sweet gooey goodness) to…oh, you get the idea! 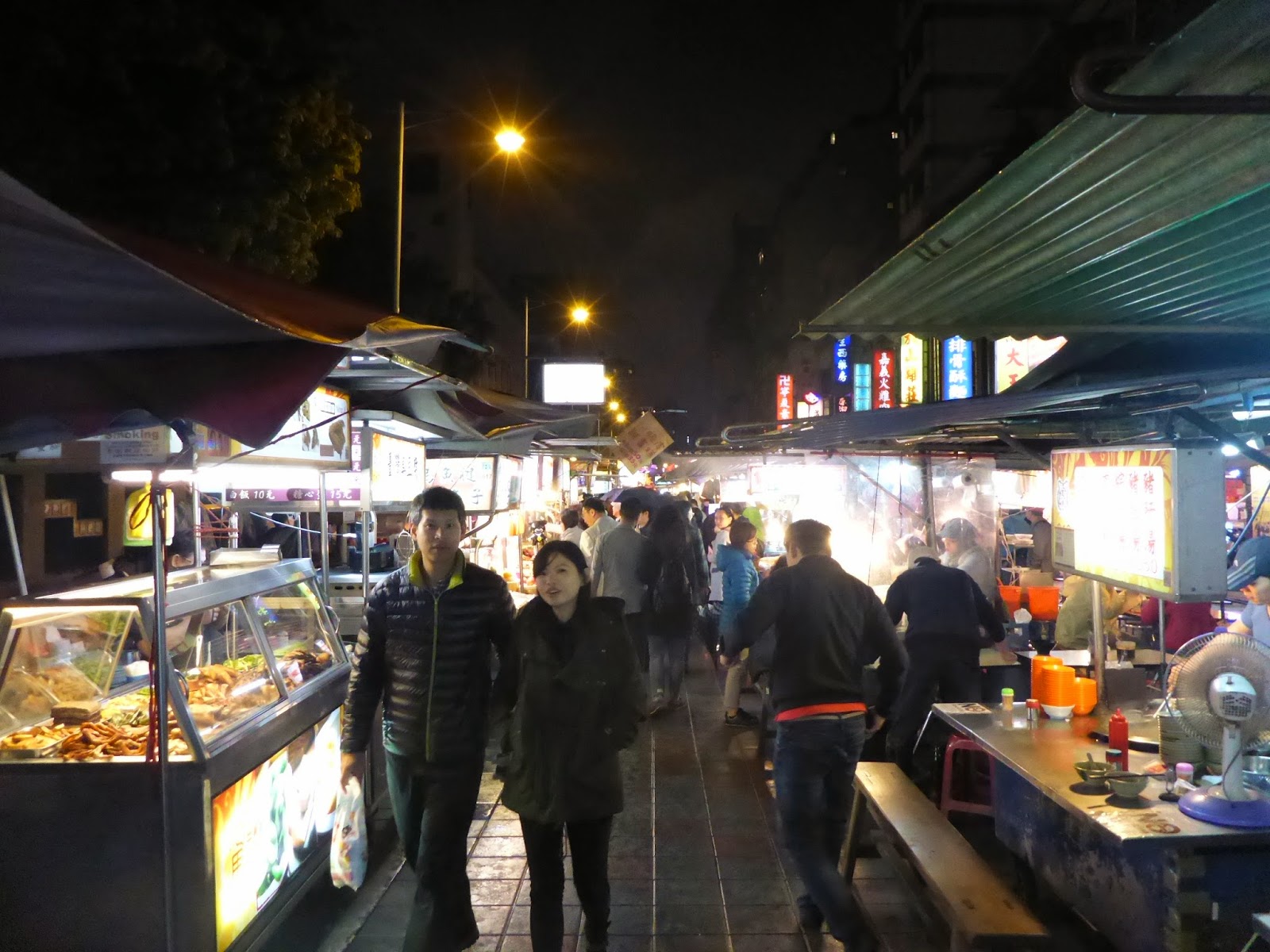 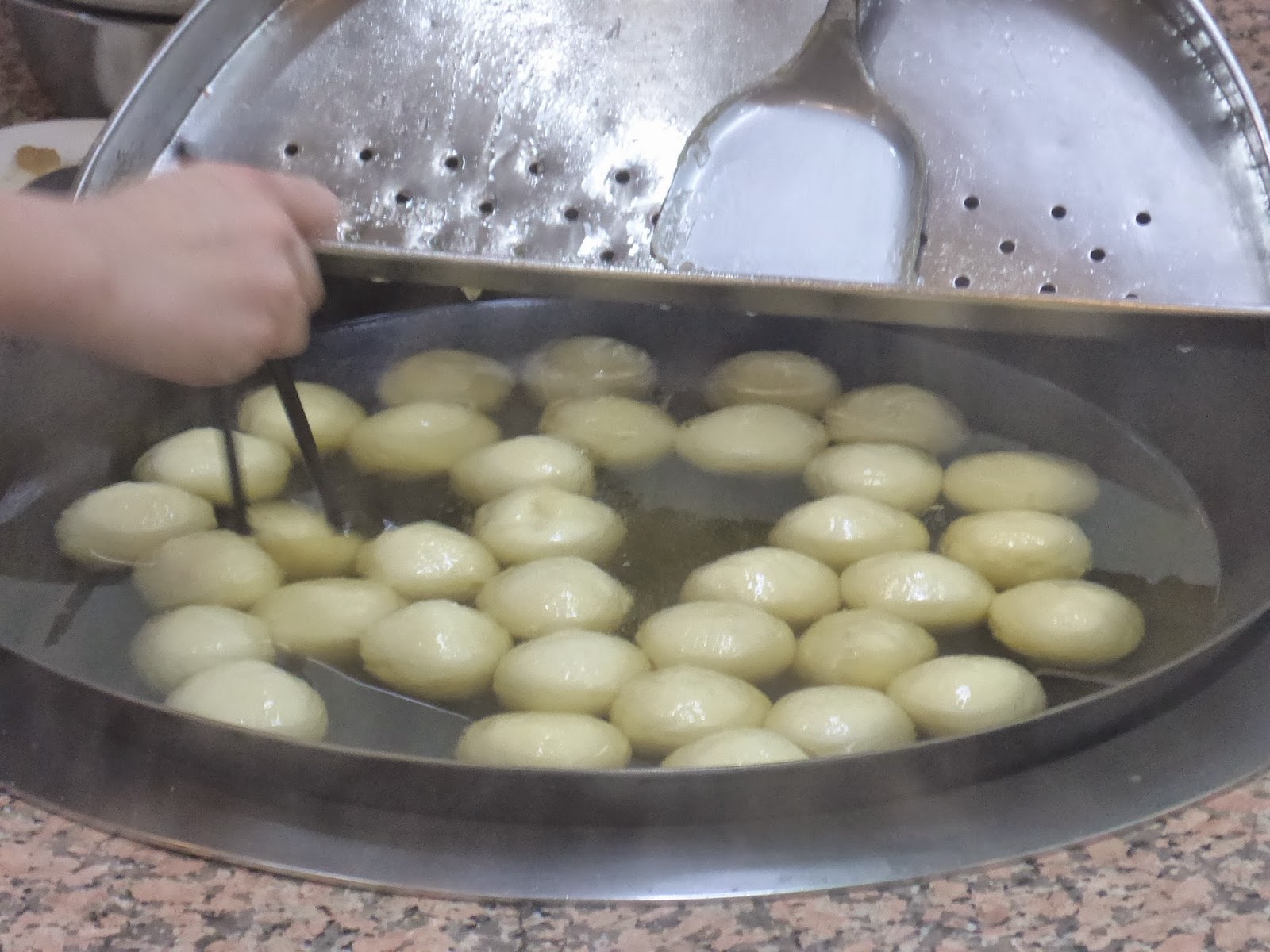 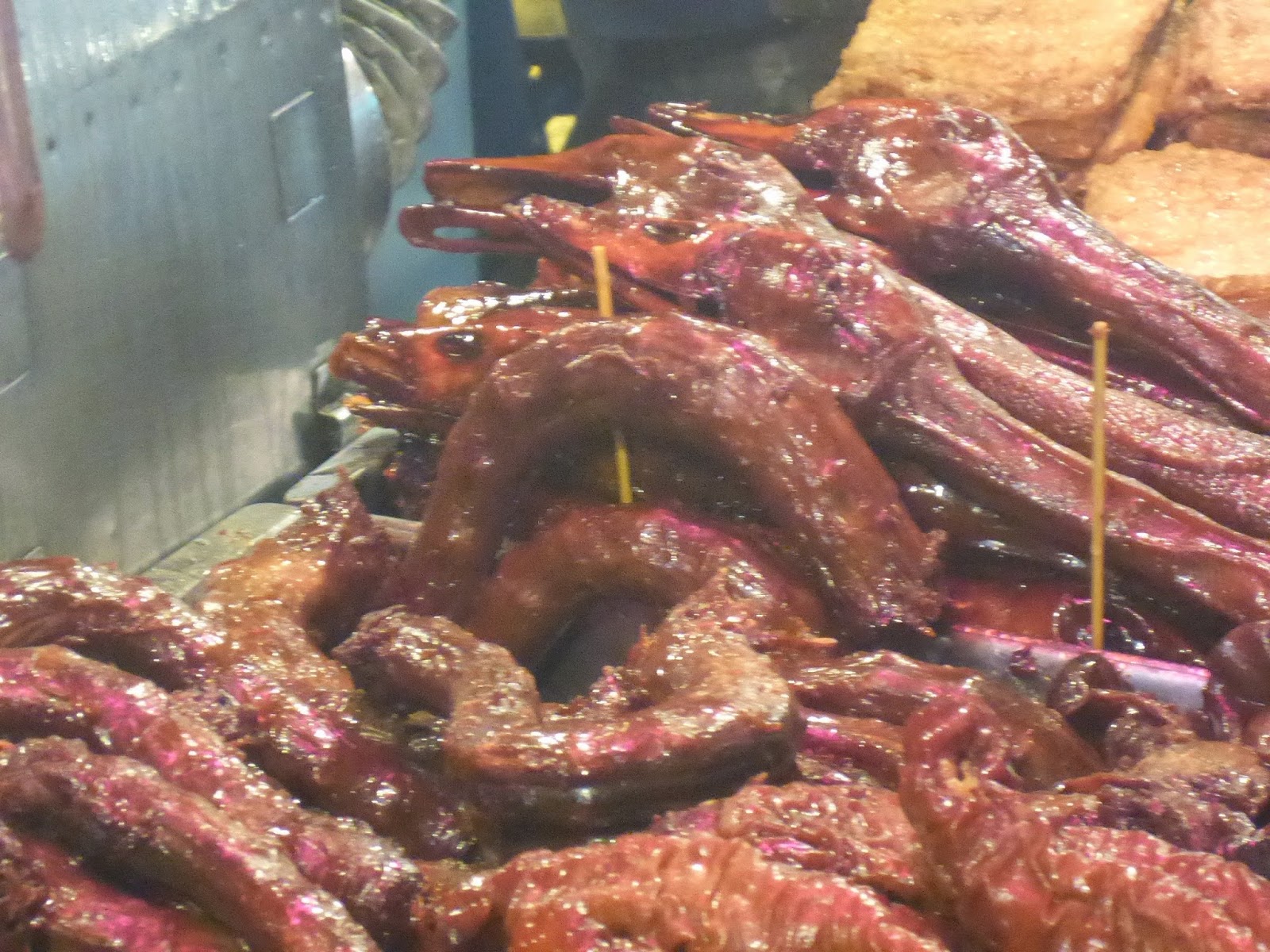 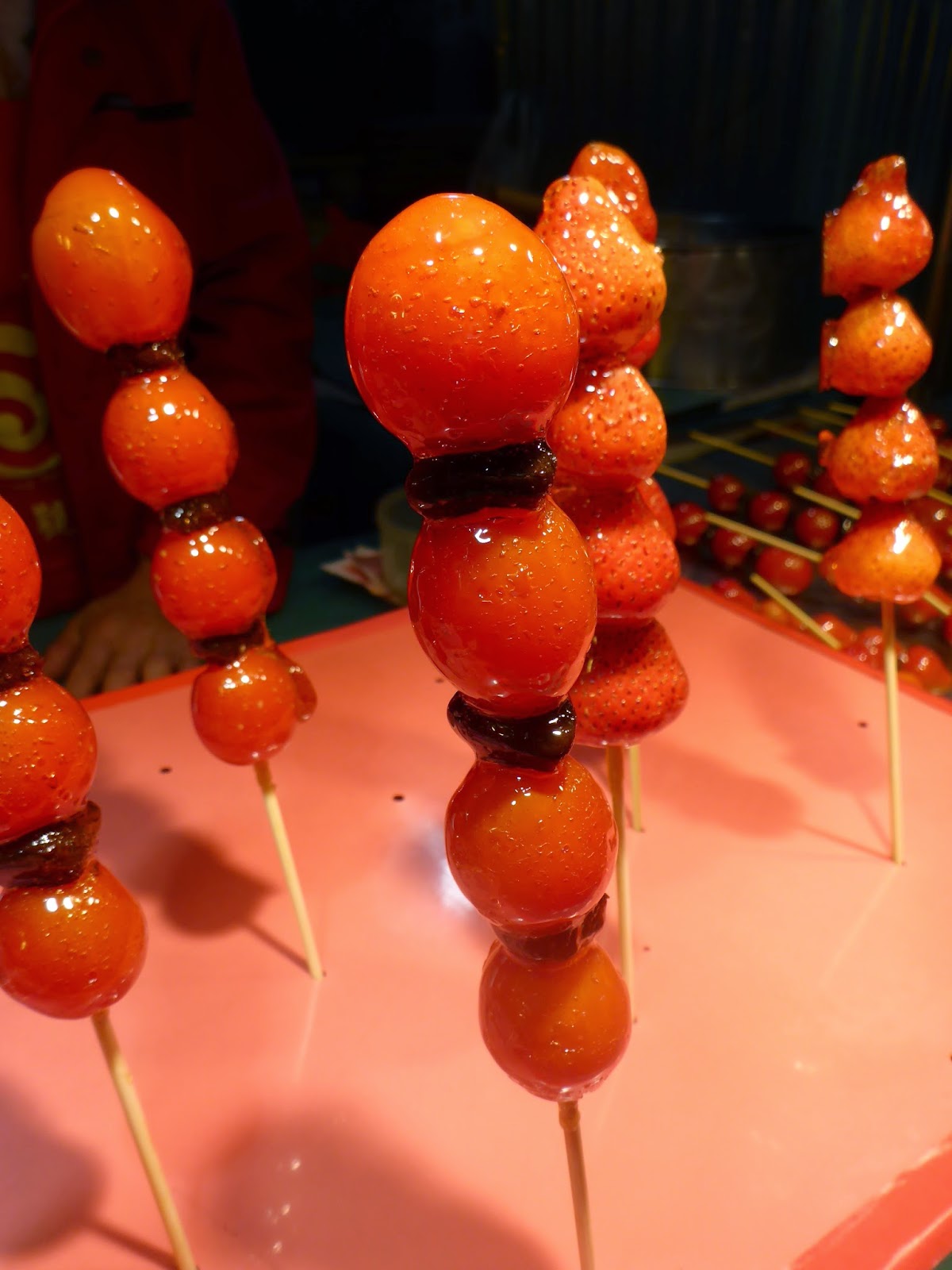 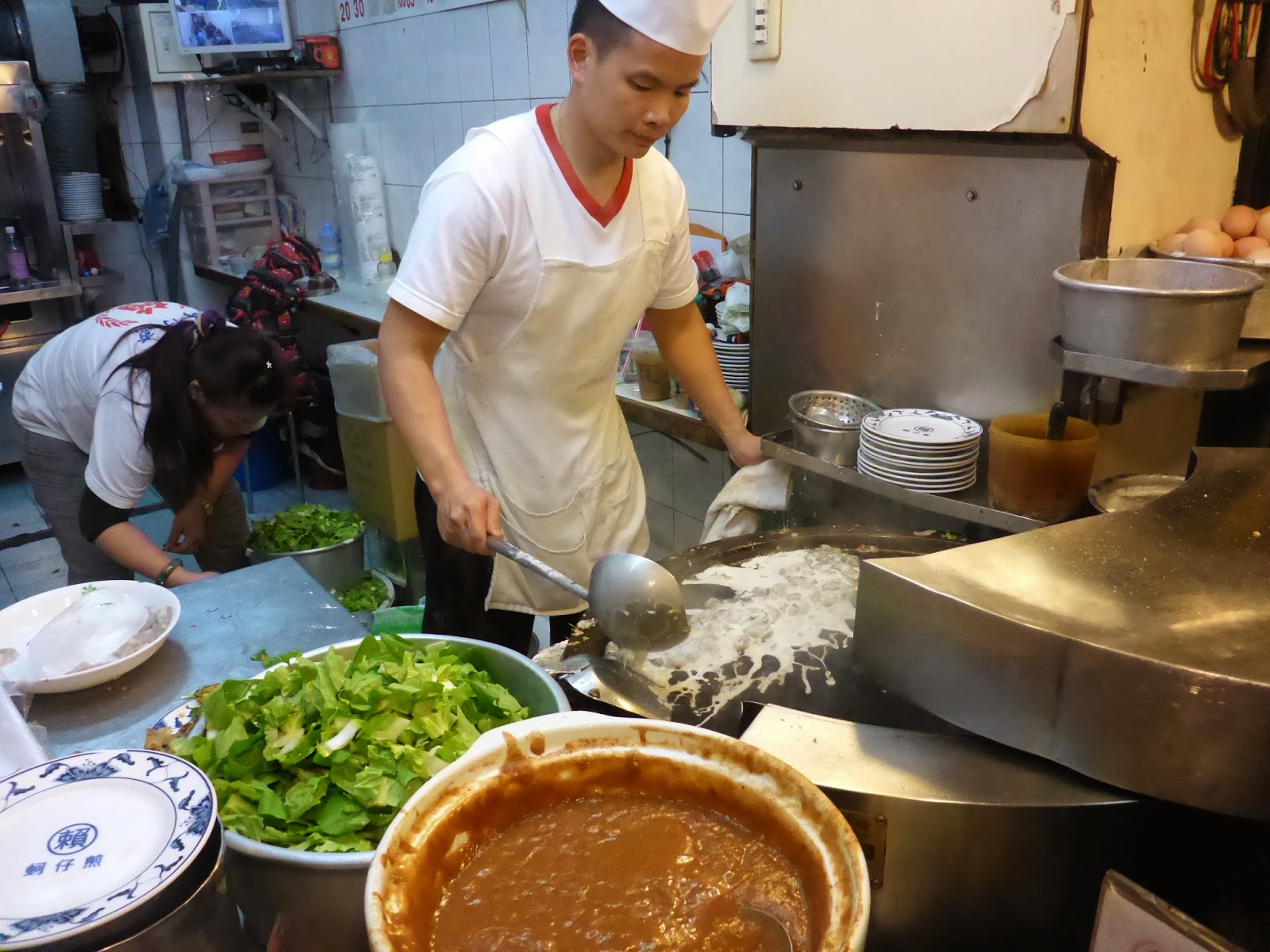 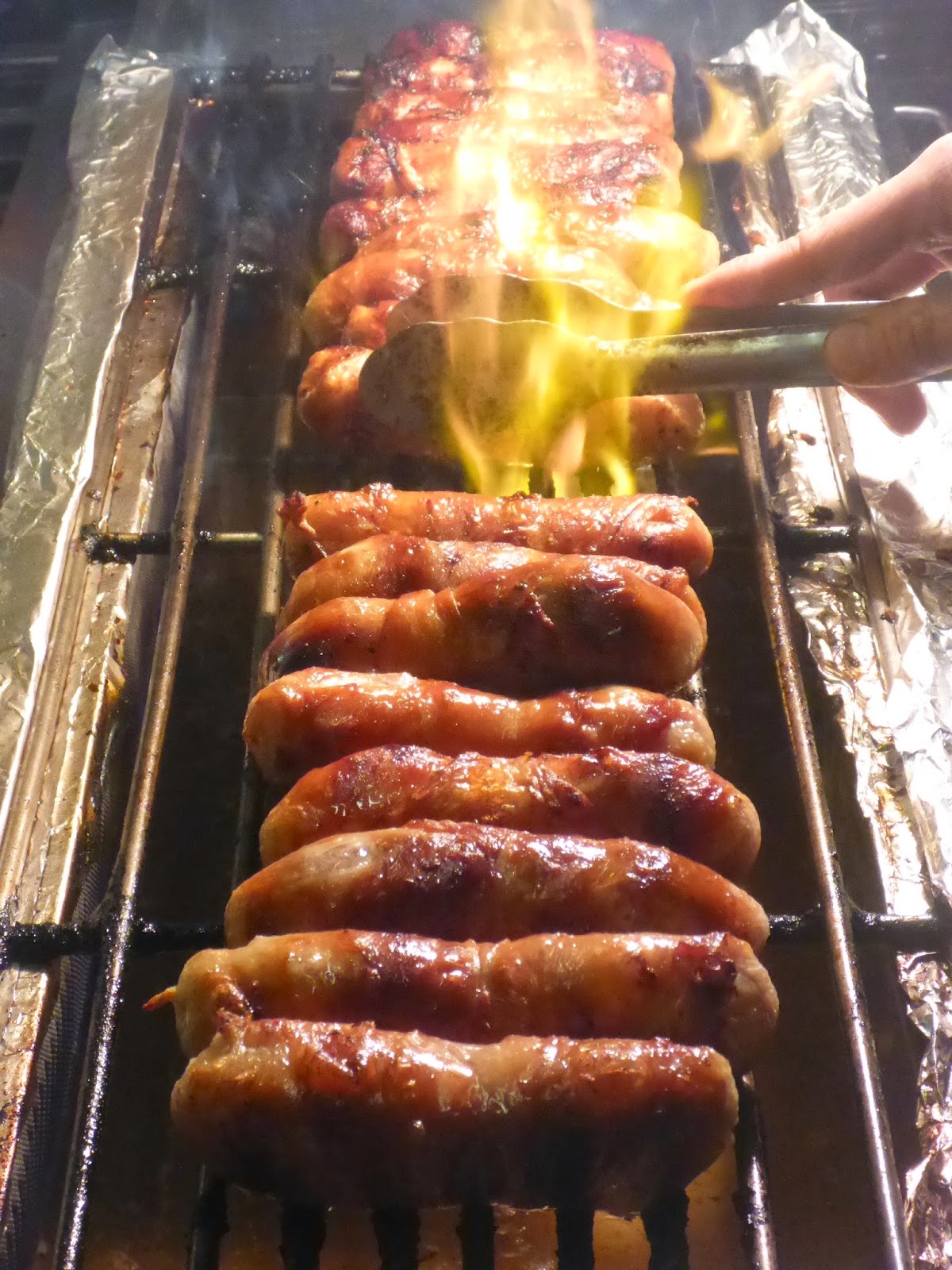 The next day we decided to take it slow (OK, I had to catch up on work) and then headed out to have my daughter’s nails done.  One problem:  There was a bit of “Lost in Translation” for in Taipei “extensions” are for eye lashes, not nails.  So when we walked into the recommended salon, as arranged by the hotel, they were puzzled.  Why would my daughter need eyelash extensions?  So off we went…and then the skies opened and it was pouring rain.

After a bit more luxury dress gawking we were off to find a taxi when…there it was…the Holy Grail of so many little girls:  The Hello Kitty Restaurant! And when you are with a young woman who had a 4 foot tall Hello Kitty on her wall, you have no choice:  Lunch!

The bonus:  As that milkshake was delivered, a reporter and cameraman from the BBC came over and interviewed my daughter.  The interview should air later this month!

The reporter mentioned that they were going to be Modern Toilet that evening.  I instantly recalled that it was mentioned by Anthony Bourdain in his Taiwan episode.  I was going to give that a miss, but when I mentioned it to my 19 year old son he said it was world famous and I had to go.  So to speak, “When you gotta go, you gotta go”.

While the concept of dining on toilets and eating food out of a toilet or shaped like poop is not my idea of adventurous dining, I took one for the family team.

Actually what was more interesting is the area where Modern Toilet is located.  It was more like the Lincoln Road Mall in Miami’s South Beach or Dotonbori Street in Osaka where the youth, local and tourist, come to hang out, eat and party.  If not for the dining experience I never would have stumbled upon this vibrant, fun, area.

The next day was another fashion show at Taipei in Style, this time focused on Japanese and Taiwanese designers.  Sitting in the front row was a blast! 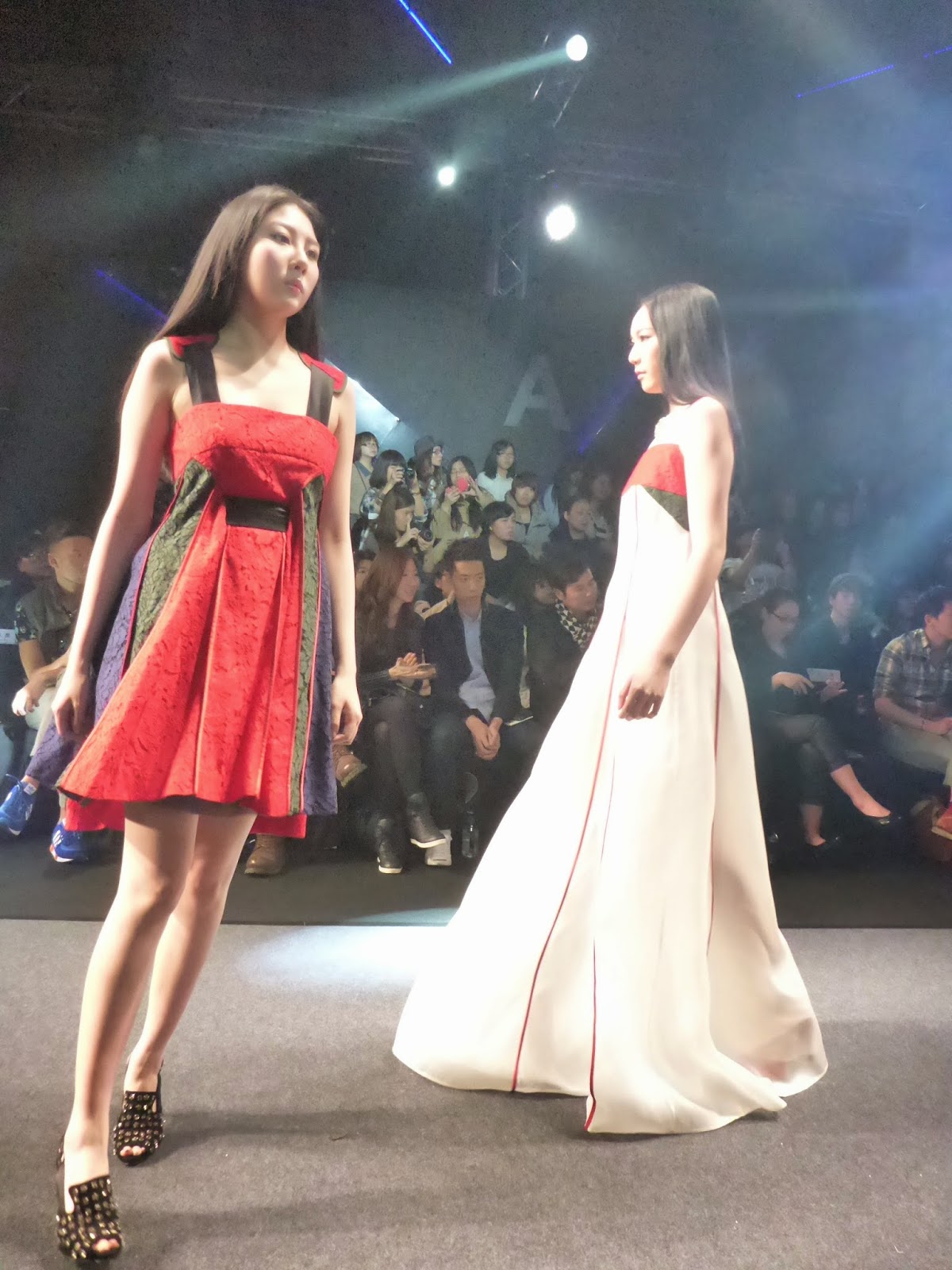 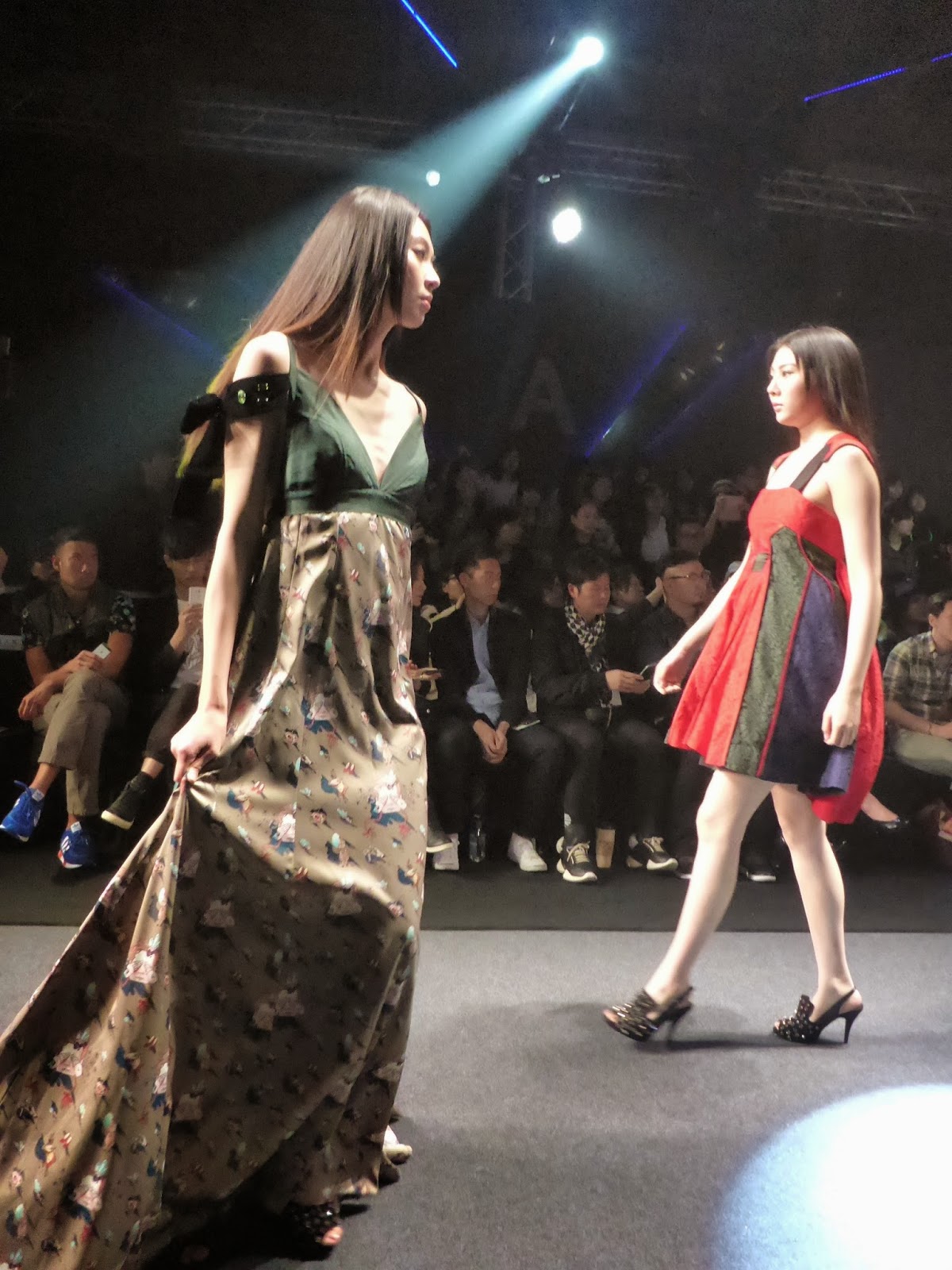 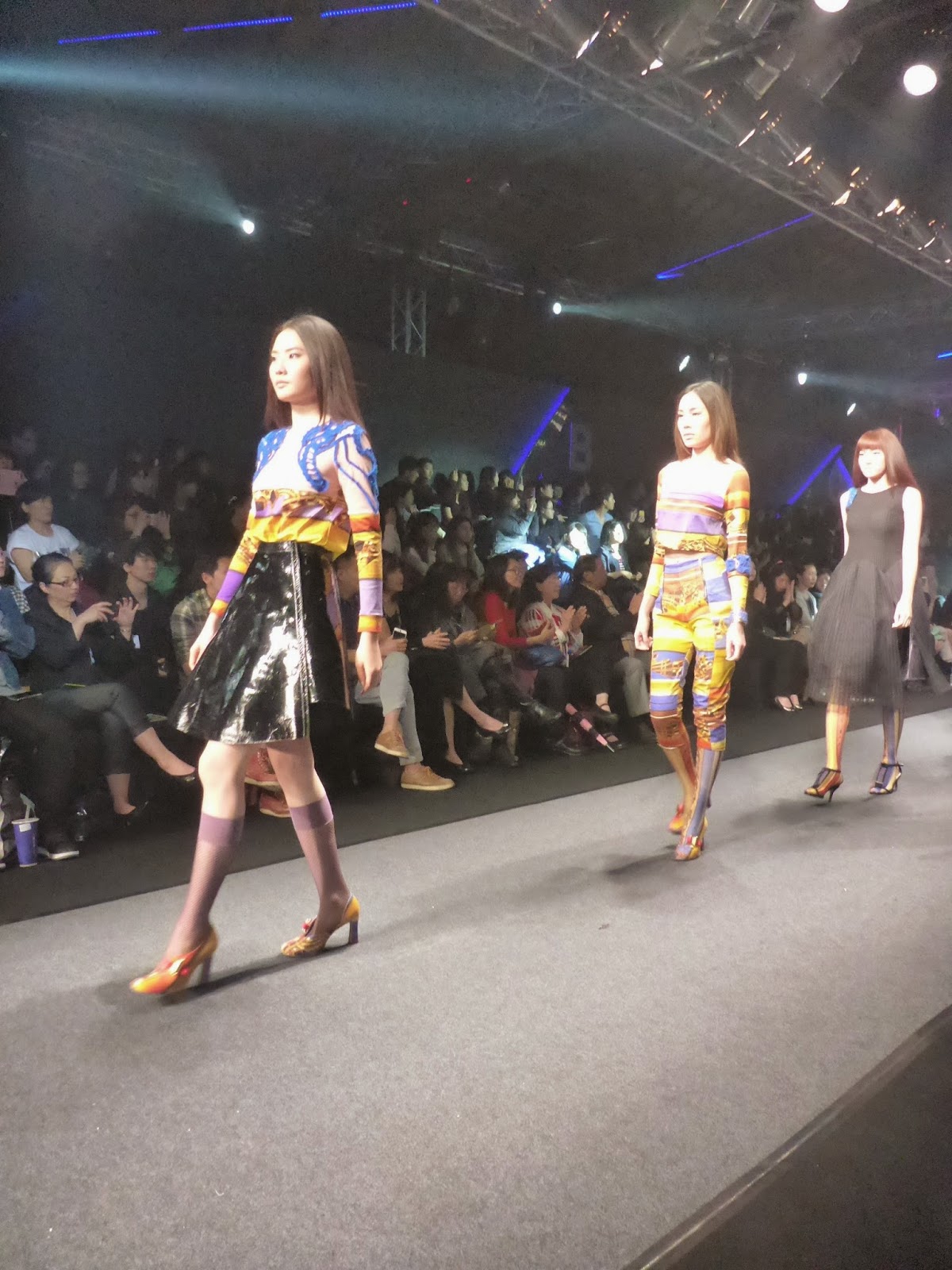 And then it was time.  Time for one of my Top 5 dining experiences.  Tucked down a backstreet near the Regent Taipei is a restaurant Tina, of Taipei Eats, says is her father’s favorite restaurant for authentic Taiwanese cuisine:  Mountain and Sea House.

The restaurant is low key with three large, family style, tables and three small tables for up to four people.  No tablecloths. No fancy waiters.  No wine list.  Oh, but the food.  My biggest problem was that its best sounding soups were only prepared for those large tables.

We started with a sashimi platter that words and  photographs just don’t do justice.  The blending of flavors, the marinated hard claims, abalone, prawns and variety of fish was simply amazing.

Next was a fish with pickled vegetables that had been, I believe, baked in a salt shell, then lightly fried and then topped with the most delicious sauce of sour, acid and earthiness with a bit of cilantro. Absolutely amazing.

I finished with a vegetable and pork soup that was light and refreshing.  The vegetables and mushrooms were tied into little bundles so that each bite has the combination of flavors the chef intended. 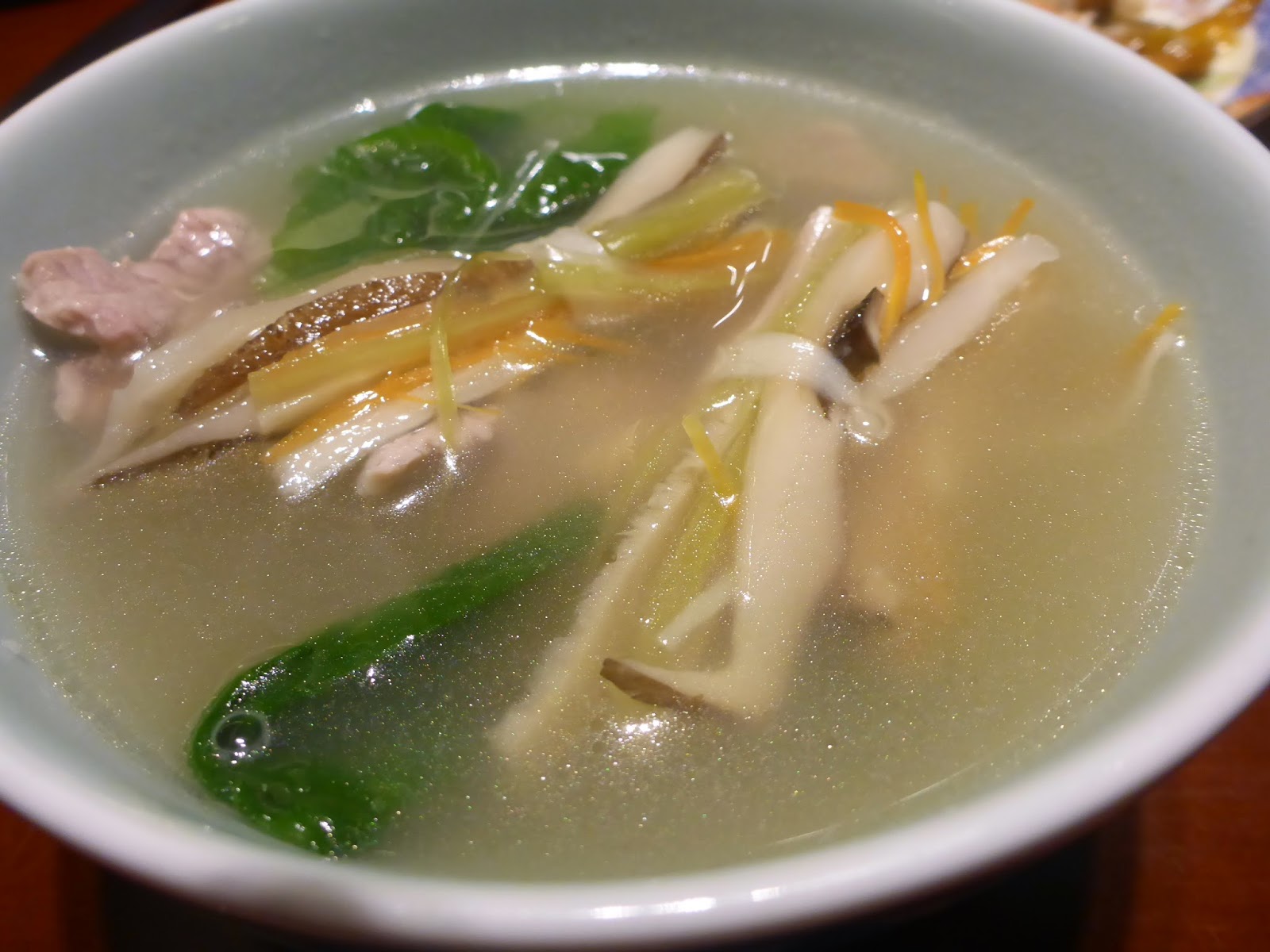 I am not sure how I went from pork buns and duck heads to Hello Kitty/Modern Toilet to this incredible meal, but I cannot express how fortunate I feel to have had the opportunity!

The next day, our last day, we arranged for a second hot spring private bath at the Grand View Resort. We didn’t really know what to expect, but Villa 32 (which was our first experience) was shutdown not only for corruption charges, but being involved with a spy ring and illegally tapping into the hot springs and more, so it was not an option.  We were not disappointed! 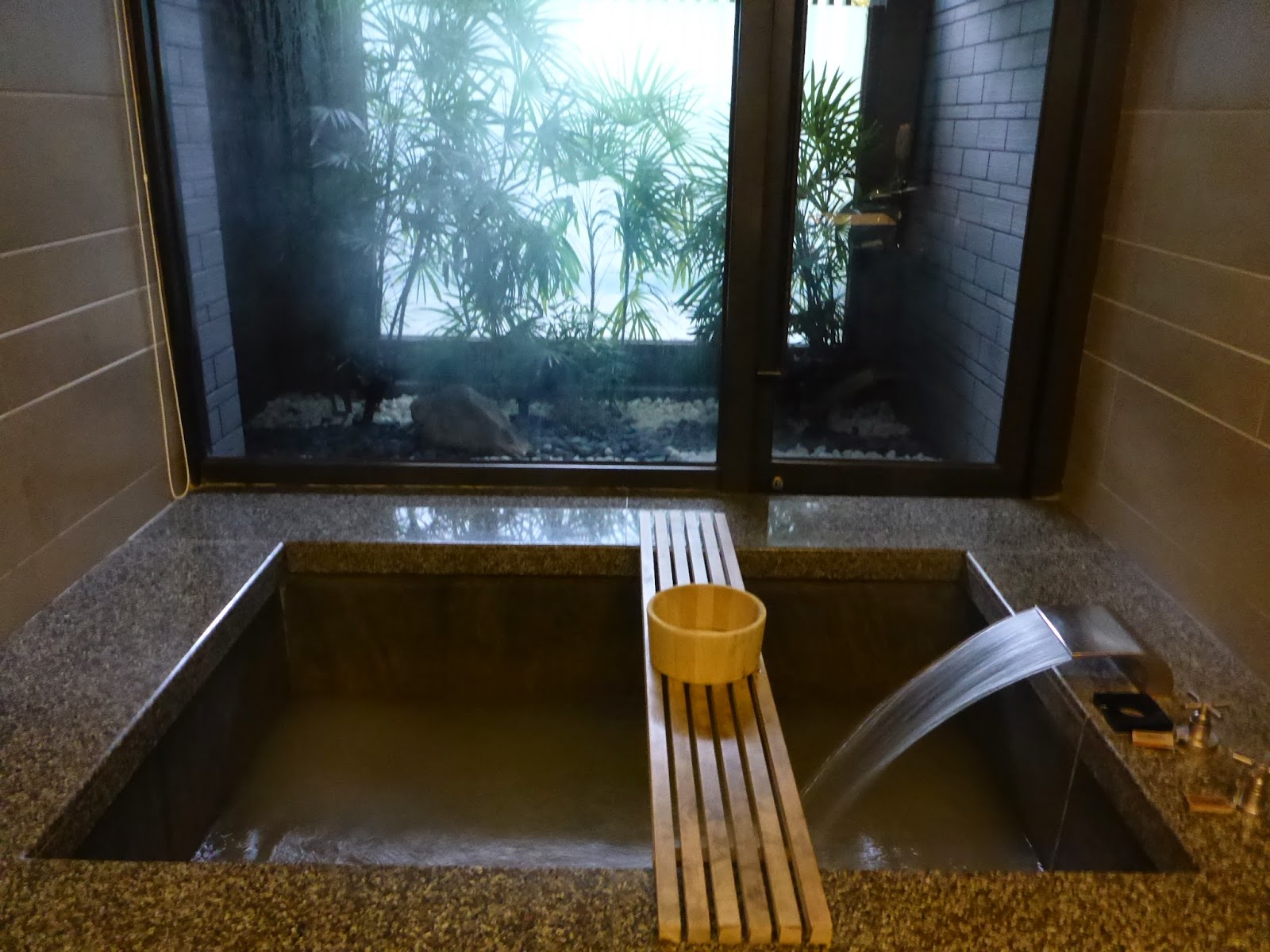 We arrived and were taken to a beautiful, very Zen, two room suite with a tea room and a bath.  And the volcanic spring water was totally different; this having a more sulfur smell and was milky white while our first experience was a high iron content experience. 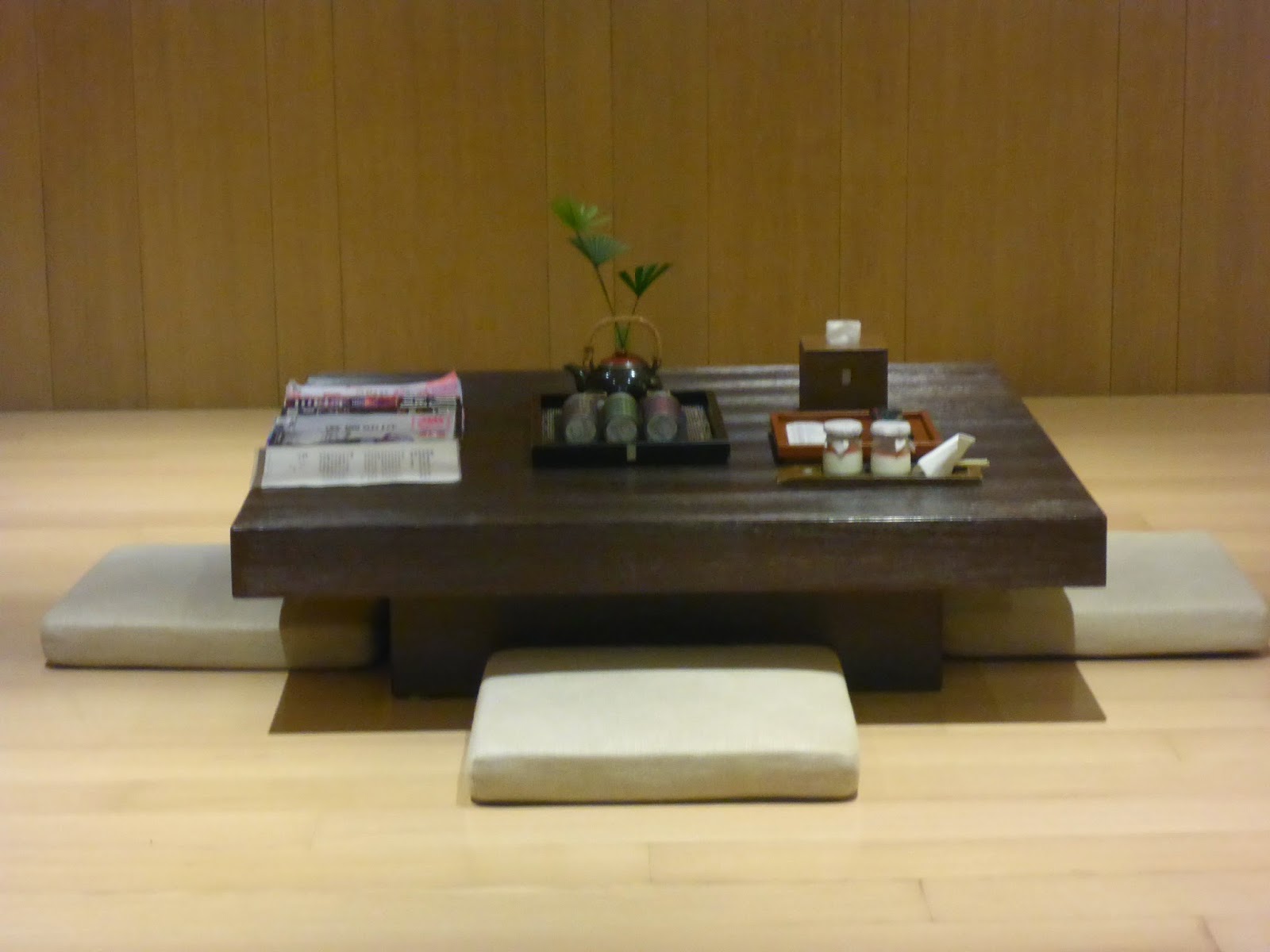 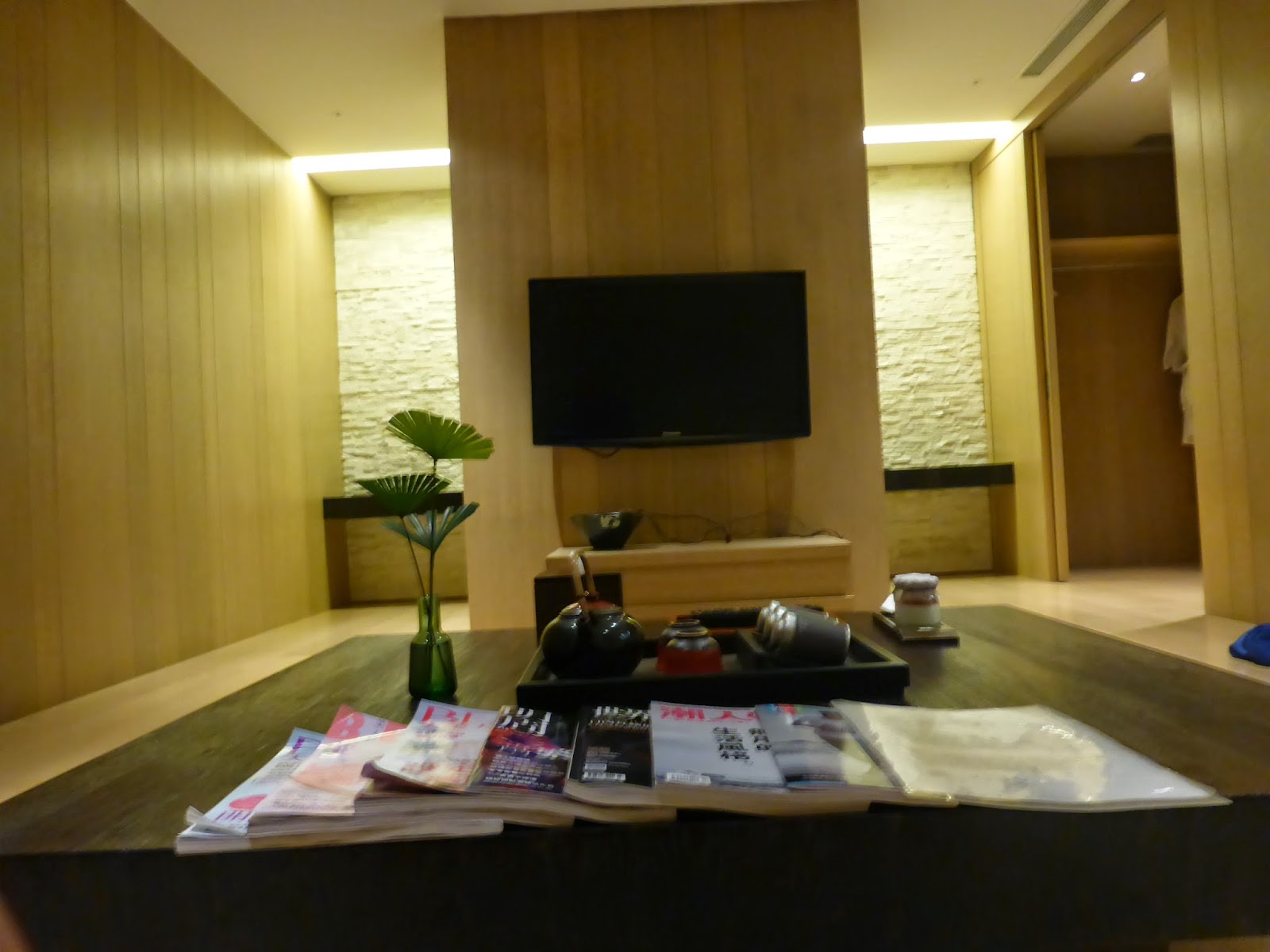 After two hours of bliss it was time to return to the Regent Taipei and then head off to the airport for our China Airlines non-stop flight back to New York.

What can I say?  From street food to high fashion, incredible luxury to unusual and cheap dining experiences, Taipei offered up a very friendly, diverse and enjoyable experience.

But most of all, it offered up a great Father-Daughter Experience.  Who knew?