Carnival Corp’s Troubling December Financial Report. How Does It Affect “Your Luxury”? 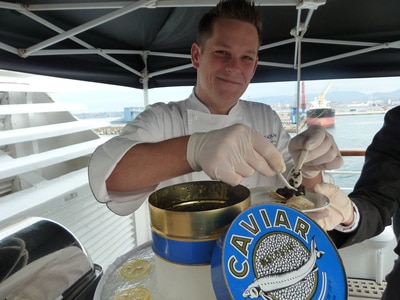 The financial situation at Carnival Corp (Seabourn, etc.) is worse than I had thought. Over the past week Carnival Corp. announced that its debt has risen from less than $12 Billion at the start of 2020 to $34.55 Billion currently, with an eye towards using cash flow to reduce debt over capital spending (new ships and refits). It is cutting back on new ship orders with only Carnival and Seabourn’s small 200 guest Pursuit being delivered in 2023, Princess and Cunard getting new ships in 2024, and only a single Princess ship in 2025.  is on order) and, as CEO Josh Weinstein was quoted, “We don’t expect any new ships in 2026 and only one or two new builds each year for several years thereafter.”

Added to the problem of huge debt, Carnival Corp overall is not getting passengers to return to its ships nearly as well as it needs to. Occupancy levels for the last quarter 2022 were 19% below 2019 (however better than its negative 29% for the prior quarter) and even with its cost-cutting, it had a $1.6 Billion quarterly loss.

Why such a glum report and outlook when Royal Caribbean (Silversea, etc.) is showing occupancy levels are overall at 96% and Caribbean sailings at 105% (including third/fourth guests), revenue and income up with net positive income for both the third and fourth quarters of 2022? And Silversea has so many new ships just delivered and to be delivered it is hard to keep track of them all.

While I don’t have the answer, what I do have is personal experience to reflect upon. Royal Caribbean Group has shown a consistent philosophy of “Treat the guest and travel agents as the valued partners they are and they will come back”.  For me, Silversea has bent over backwards to make things right for my clients; investing significant time and effort (and seemingly dollars too) to keep and earn loyalty. It hasn’t always been easy or pretty – especially with the transitioning from Silversea being a standalone company to an integrated part of Royal – but it has come through each and every time…with consistent enthusiastic executive engagement.

Explora Journeys, the new luxury line (don’t call it a cruise!), had taken a similar approach of engagement, with its mantra from Day One being, “The Art of Listening“, where issues are not seen defensively as “complaints” or “attacks” but rather opportunities to improve.  Once again, there have been issues, but they all have been resolved in favor of the guest and travel agent. In fact, when the first few weeks of sailings were canceled, there were no games withholding guest deposits. Not only were the funds immediately returned, but the guests received a Future Journey Credit for the entire amount of the cancelled cruise; not just their deposit.

Windstar has made huge investments in both the former Seabourn ships (Pride, Legend and Breeze -formerly Spirit), personnel and product development. It’s parent, Xanterra, has invested heavily in changing Windstar’s product on these three ships to what I call “Casual Luxury” and continues to bring on more luxury-focused staff and executives – many formerly from Seabourn – from its president to announced early this month a previous Seabourn culinary executive and a previous Seabourn star sommelier (who guided one of my first Culinary & Cultural Experiences!).

In contrast, and leaving aside my issues with Seabourn’s president, there have been consistent reports of executive non-engagement, cutbacks and conflicts. My goal below is not to list issues or grievances, but to give examples of what happens to a product when the short-term seemingly desperate need for cash/debt-reduction changes a cruise line’s philosophy from, “At Seabourn we are not permitted to say ‘No’” to utilizing less than transparent techniques to hold onto passenger money.

As one guest – who chose to move her booking directly with Seabourn after “the event” – wrote to me recently,

It’s funny sad not funny hilarious but I had been discussing Seabourn before you sent the email and had said – I wonder whether Eric had been shielding me from all the Seabourn [issues] or Seabourn has really gone downhill since the pandemic.

I ruffled feathers when I protested Seabourn’s taking final payments for the Seabourn Venture’s July 2022 Maiden Voyage – knowing the ship would be delayed but not letting the guests or travel agents know – and only a couple of weeks later announcing the delay and moving the guests’ money to a totally different November 2022 Naming Ceremony.  Clearly both moves were intended to get and keep passenger money at the expense of guest loyalty…and it was a conflict and a mess.

As another example, earlier this month, what was to be my 2023 Culinary & Cultural Cruise on the Seabourn Venture from Iquitos, Peru through the Peruvian jungles was totally changed to a cruise around the Manaus, Brazil farm/city area. This totally different expedition…in fact now really a cruise…but pitched as a change. Huh? Seabourn offered a 25% discount – clearly, but not overtly, admitting the inferiority of the new/different expedition. Importantly, the guests were advised literally days before the penalty period for cancelation kicked in…with no mention of it. (Oh, there was time to put together a video presentation.) Not exactly transparent! And then, rather than offering to fly the guests in from nearby Manaus to Santarém, Brazil, it requires the guests to fly as far south in Brazil as possible (Rio de Janeiro) for a 5+ hour charter and spend a night in Rio. Yikes! But that ordeal isn’t the end of the mistreatment.  For guests that have losses due to flights, hotels, etc. already booked for say a stay in Lima, Peru and onward to Iquitos, Seabourn isn’t simply covering those costs. Nope! It requires these guests to blow their thousands of dollars in travel insurance premiums – which otherwise could have been used on another journey – to make a claim and, only then, would Seabourn consider any reimbursement. Yikes!

I also understand there was a near revolt (not my words) early this month, requiring the Seabourn Venture to return to Ushuaia, Argentina when it was announced – only after the ship left port – that due to an issue with the stabilizers it would not be able to visit the coveted South Georgia Island…which was the primary focus for most on that expedition (and rightfully so).

The point here is not to set out a list of grievances, but to show what happens when a luxury cruise line changes its focus from the long-term nurturing of guests, product development, and visions of the future to little more than short term cashflow.  Without question, if one has put themselves in the position of not having the cash to function properly, short-sighted decisions tend to follow. And those are generally followed by the inability to have a positive vision for the future.

Carnival Corp has not only signaled this, but outright stated it. No new ships. Cutbacks on capital improvements. A focus on debt-reduction. And, of course, the resulting failure to fill its ships.  If something doesn’t happen to break that cycle, I would anticipate more of the same spiraling downward.

Let’s add one more factor: Seabourn is a very minor player in the overall scheme of Carnival Corp (whatever its status is). While luxury cruises carry cache, a small line with admittedly no growth potential, proportionately very few beds and proportionally high operating costs, it does not leave much potential for a wonderful short to midterm upside.  This is both sad and depressing.

Remember that cost-cutting and product changes are not limited to the guest experience, but the staff experienced as well. Seabourn has seen a very significant number of its staff and executives move on to other lines. And with that treasure trove of talent not being there, some of the magical and positive “smoke and mirrors” also disappears.

In summary, Carnival Corp’s financial woes are significant and have already affected what “Your Luxury” is.  The decision you need to make moving forward is whether your love of, and loyalty to, the pre-Covid Seabourn justifies sticking with a brand that clearly has some serious areas of concern.  If it does, then let me know and we can make that happen.  (Booking and canceling before the penalty period starts if things don’t look good to you is always an option.)

However, if you think it just might be time for “Your Luxury” to be given a fresh approach be it through Explora Journeys, Windstar, Silversea, Scenic, or some other brand, the best thing to do is figure out if they can deliver “Your Luxury”.

And think of this:  Possibly, what “Your Luxury” actually is just might be different than what you thought it was once you start looking at those other options!