Regent Seven Seas Cracks Are Showing: Beware and Be Careful of the “Dirty Little Secret”. 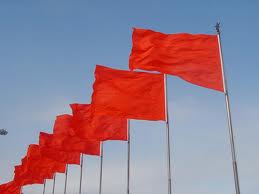 There is no question that I do not like Regent Seven Seas Cruises either as a “luxury” cruise product or the way they do business.  It is also clear that I have been seeing cracks in Regent and have been observing the sheen wearing off its luster with poor financial reports despite its claims of allegedly full ships.  See, for example, Regent Seven Seas: Ships Fuller, But Very, Very Slim Profits – Part II.

I have been very critical of Regent’s misleading (dishonest) “free”, “free”, “free” mantra for the drinks, hotel, tours and gratuities that are actually buried in your very high Regent Seven Seas cruise fare.  But you may not be aware of the Dirty Little Secret that Regent Seven Seas has used to cause many travel agents to persuade you to book a Regent cruise over a Seabourn or Silversea cruise…or even to convince them to say that a Regent cruise is actually about the same cost as a suite on Holland America.  See, for example, Regent Seven Seas vs. Holland America – Really? Let’s Talk Ethics.

That’s right, there are travel agents that encourage you to book a cruise because of a Dirty Little Secret; not because it is actually the best cruise for you! Shocking isn’t it?

What is that Dirty Little Secret?  Regent has been paying travel agents more money to get you to book a cruise on Regent than any other cruise line.  (Can you imagine?  Here I am a travel agent complaining about a cruise line wanting to pay me more money.  How does that make sense?  But I digress!)

How did…and that is important…”did” is the operative word…Regent do that?  Regent would tell travel agents that it not only pays commissions on the highest cruise fares in the industry, but also paid commissions on government taxes.  It also eliminated what are called NCF’s (non-commissionable fares) which are arbitrary amounts of the cruise fare that the cruise lines just say, “I am not going to pay you a commission on that amount.”  (To be fair, NCF’s are not fair to travel agents and artificially cut a travel agent’s income just because the cruise lines can do it.)

But that was then and as of October 1, 2012 this is now.  Regent has just announced it is no longer going to pay commissions on taxes and it is going to eliminate commissions on $20 per day of a cruise.  To be fair, that is not a lot of money, but when a cruise line is looking for but a few dollars per cruise and is prostituting the very pitch that hooked so many travel agents to push the cruise line their way, the storm flags are waiving.

Is Regent Seven Seas in such difficult financial straits that it must find an extra $20-$50 per cruise and that it must stick its hand into the pocket of the travel agents that bought into its pitch?  Well, it is obviously worse.

Worse, you say?  How?  Regent Seven Seas taking a two prong attack on your pocketbook.

First, Regent Seven Seas is going to reduce its air credit by $200 per person.  You remember that “free” air that really isn’t free.  Well, if you opt for a credit rather than taking the air (how do you get a credit for something free?  Oh, that is another discussion!) you will get $200 less.  Since the majority of people prefer to obtain air on their own, whether it be by using frequent flyer miles or finding better flights or even driving to the pier, that is an easy $400 increase per suite in cruise fare.

Second, that $50 per suite from the travel agent and the $400 per suite from your, the passenger, not being enough, Regent Seven Seas had decided to raise the category assignment for a number of suites.  Hence that Category H you want may not be an H anymore, but rather a G…so you will pay yet more hundreds or thousands more.  (Suites in each category are going to be bumped up to the next category.)

And all of a sudden it looks pretty clear that Regent Seven Seas Cruises is seeking to earn another $450 to $1,500 per suite per cruise.  And, with that, Regent Seven Seas, already the most expensive cruise line is now going to be significantly more expensive.

Now, with Regent admitting your cruise is going to cost you a lot more than it did, one would think it would at least throw its cruise passengers (they don’t seem too much like guests anymore, do they?) some sort of bone; an improvement or enhancement. Nope!

So let me ask you two things?  Do you want to pay more…a lot more…for the same thing?  Do you really think those “free” tours are worth it?

My suggestion is that you ask both your travel agent and Regent Seven Seas some really pointed questions.  (And you may want to ask Mark Conroy where that new ship is that he has been promising is coming for the last 5+ years!)

And, of course, now you know why I have been so concerned about what Regent Seven Seas has been, and will be, doing.  I never took Regent’s bait because I established Goldring Travel to assure that my clients receive the best cruise for their dollar; not that I get the most dollars from my clients.

What do you think?  Express yourself (even anonymously) on The Gold Standard Luxury Travel Forum.