Are you looking for something different in an itinerary or a luxury cruise experience? Well, I think I have found the perfect combination:  The Silversea Silver Explorer Expedition cruise on October 18, 2013. 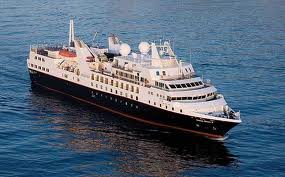 You may have heard about my traipsing and canoeing through the Peruvian Amazon, staying in thatched-roofed lean-tos, “showering” with a bucket filled with muddy Amazon water (don’t stand under that for the first seconds!) and dining on “not sure what that was, but it wasn’t chicken”. But you have also have heard me rave about the beauty and uniqueness of the environment, the animal life, sounds and smells. While many may think, “Sounds incredible, but not for me!”, now you have the opportunity to have a taste of the jungle experience while sleeping in a luxury suite, having hot baths and dining on fine cuisine…without worrying if the water is safe to drink. Oh, yes, you also have the opportunity to transit the Panama Canal – very interesting in its own right! 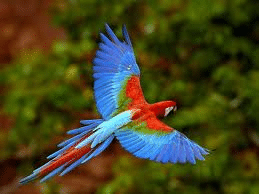 The Darien Jungle is recognized as one of the top-ten birding sites in the world. It is possible to see birds and animals close to the trail systems because the region is so remote and unvisited. Green and chestnut-fronted macaws, rufous-tailed and snowy-bellied hummingbirds and king vultures are common sightings. Endangered species such as great curasows, macaws, white-lipped peccary, tapir, black-headed spider monkey, and jaguar may be seen.
Isla Coiba is a large island consisting of mostly virgin tropical rainforest. Located approximately 30 miles off the Panamanian cost, Coiba Island is remote and relatively undeveloped with over 80% of its natural habitat intact. Coiba Island is hilly at its center with a number of rivers draining to the ocean. The jungles of Coiba are home to howler monkeys, scarlet macaws, and crested eagles. Because of its isolation and location, it has been noted for its growing number of endemic species. For bird watchers, Coiba offers 97 of the 147 species of birds found in Coiba National Park. Coiba is a refuge for Crested Eagles and Scarlet Macaws, birds who have virtually disappeared from the rest of the Republic of Panama. Coiba also offers 20 endemic birds species including the Coiba spinetail. The beaches and waters surrounding Coiba Island offer shelter to four turtle species: leatherback, hawksbill, olive and loggerhead. Other local species include the Coiba Island Agouti (Dasyproctae coibae) the Mantled Howler Monkey, opossum and a white-tailed deer. 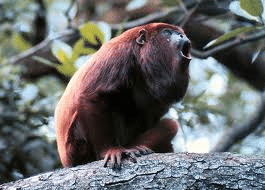 The former banana exporting port of Golfito, Costa Rica has remote beaches, fabulous sport fishing and more in the way of beautiful and pristine forest, bird and wildlife including almost 200 species of trees and shrubs including Caryodaphnopsis burgeri, an Asian plant otherwise known in Central America as the “Zamia”, a rare Palm fern. This species is a living fossil and is amongst the most primitive plants on earth.. The vegetation attracts birds such as the red lored parrot, chestnut-mandibled toucan, parakeets, tanagers, trogons, woodpeckers, falcons and hummingbirds, as well as larger animals such as peccaries, pakas, raccoons, monkeys, squirrels and coati. There are poison arrow frogs, large iguanas and countless other reptile and insects.
You may, if you desire, begin to ease yourselves back into civilization when we reach Puerto Quepos, Costa Rica where big game sportfishing is king. There is also a very nice town with restaurants, art galleries and shops. However, for those naturalists, there is Manuel Antonio National Park which epitomizes everything tourists flock to Costa Rica to see: stunning beaches, a magnificent setting with islands offshore, lush rainforest laced with a network of easy to walk trails, and wildlife galore. There is good chance that you will see howler, white faced, and possibly squirrel monkeys, sloths, and coatimundis.
Our cruise ends in Puerto Caldera, Costa Rica, but if you desire, there is much to see traveling from this small port town to Costa Rica’s interior.
Prices for this cruise are incredibly reasonable, starting at $2,999 per person and only a 150% single supplement. Silversea air add-on is only $899 per person from East Coast. Of course, being a Goldring Travel group cruise you know there will be some added amenities!
If you are interested, please email or call me at (877) 2GO-LUXURY!
Share on facebook
Facebook
Share on twitter
Twitter
Share on linkedin
LinkedIn