Atlas Ocean Voyages’ World Traveller in Antarctica: Goldring Travel’s Experience- Part II (Getting There and Getting On)

It was time to start my journey to Atlas Ocean Voyages’ World Traveller. To be honest, I had no idea what to expect because of the somewhat chaotic start due to its startup coinciding with Covid-19 becoming a thing and then changes in management and policies. However, I knew there was a strong financial backing, a history of successful cruise operations with its related brands, and now new, experienced, executives. So it was time to jump in!

I started by disaster-proofing…as much as possible…my flight connections by departing Reno, Nevada at 6:15 AM for my 1-hour flight to San Francisco with a 3.5-hour layover before my second flight (3.5 hours) to Houston, Texas with another 3-hour layover before my 10-hour flight to Buenos Aires, Argentina.  Delays were not going to get me (hopefully). I was able to purchase a Premium Economy ticket for the long flight for less than the cost of regular economy (not the first time, so you should always look).  I arrived – with my luggage – with no issues. OMG!

It was then a transfer from the airport to the Alvear Palace Hotel; a favorite because of the great service and location.  Originally I was going to stay at the Park Tower, but Atlas Ocean Voyages offered the Alvear Palace with an airport transfer (from the hotel; you have to get to the hotel yourself), so I opted for that.

My private transfer to the hotel was a breeze as Argentina was in the middle of a four-day holiday and the next day was the Argentina vs. Netherlands World Cup match, so the streets were eerily empty.  As a result, the drive time was half of what it normally would be. My room was not ready when I arrived at Alvear Palace at 10:45 AM, but they had me in my room, on the exclusive 10th floor, by 11:15 AM. Perfect!

One thing not so perfect was there was nobody representing Atlas at the hotel or, alternatively, there was no information letter advising when the included transfer would be in the morning for our 10:15 AM charter flight to Ushuaia.  After speaking with one of the local representatives acting for another cruise line, things were eventually sorted out with letters delivered to everyone’s room.  (Better late than never, but definitely a miss that had some of the other, less experienced, guests a bit upset.)

I really wanted a churrascaria experience and, fortunately, right around the corner was Fevor, a famous upscale one. But I was not interested in having a steak. No, I wanted the offal…all of it!  I ordered a mixed platter with the addition of blood sausage, pairing it with a nice Argentinian Malbec. Yum! (I will spare you a description of what was on the platter!) 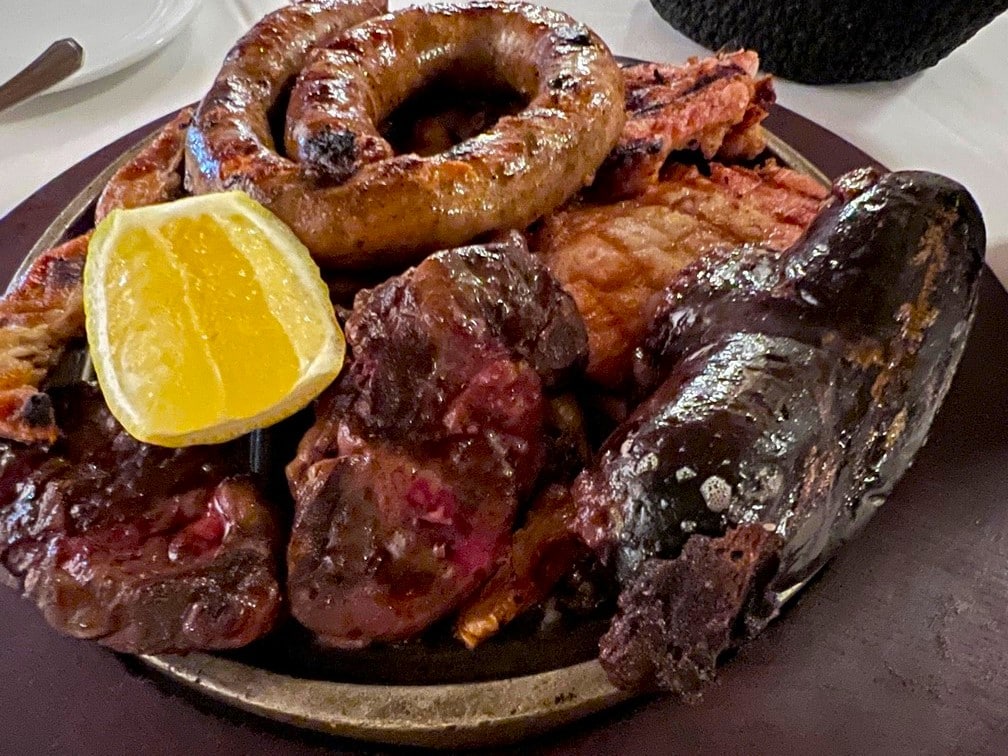 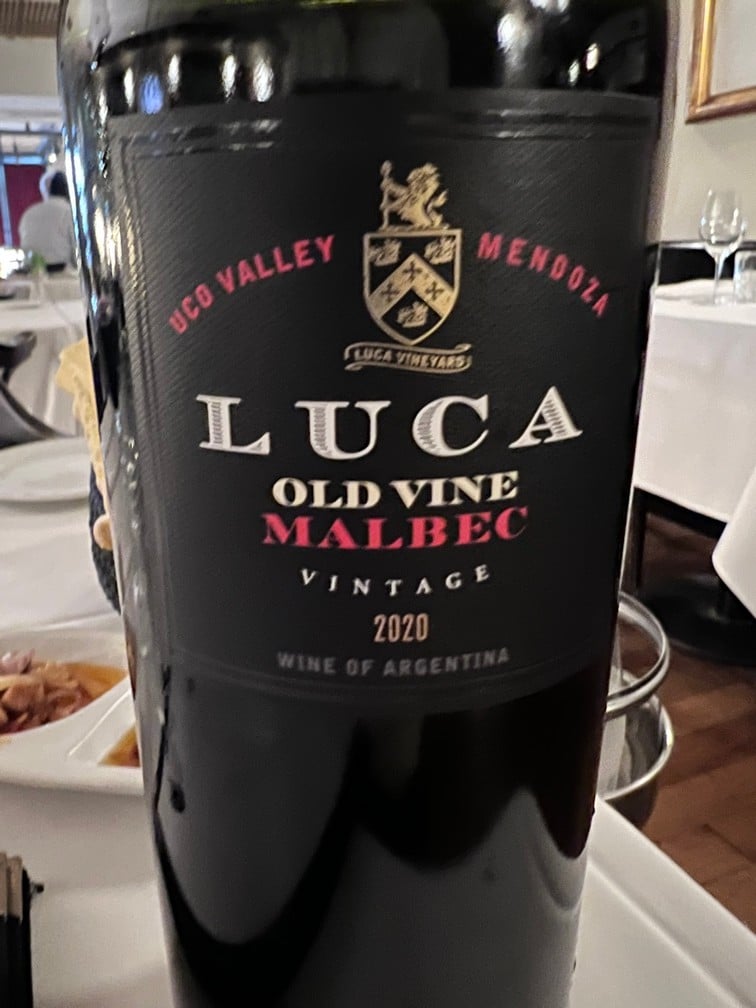 My departure the next day on the World Traveller was not the only one in Ushuaia with a plethora of other ships also sailing in or out.  As a result, there were friends from a number of ships in Buenos Aires and Ushuaia.  One of them met me at Fevor, making lunch a bit more enjoyable and fun.

But my culinary exploits in Buenos Aires were not done. After a nap and a shower it was off to one of my favorite restaurants: Aramburu, located just a 10 minute walk from the hotel. I have dined there before and was quoted in Travel & Leisure Magazine as it being one of the World’s Best Under the Radar restaurants. (13 Under-the-radar Dining Destinations Around the World, According to Travel Experts (travelandleisure.com).  It did not disappoint! 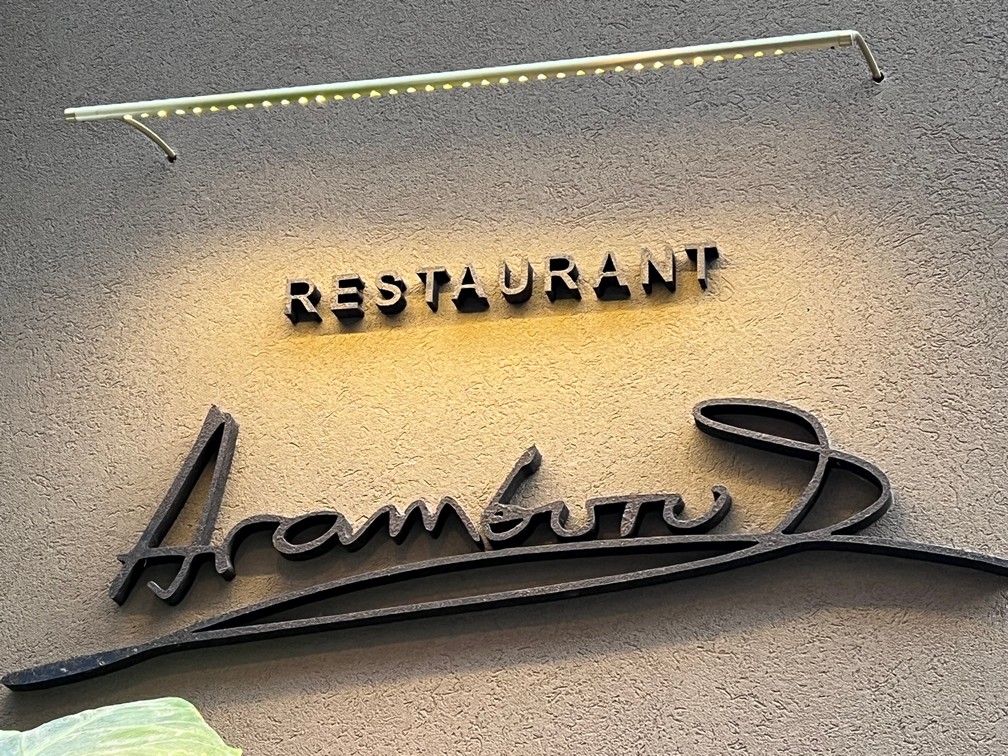 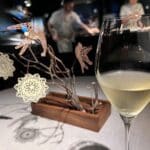 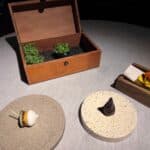 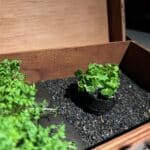 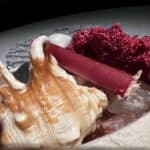 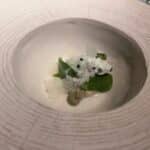 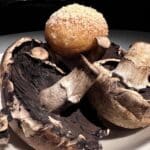 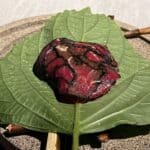 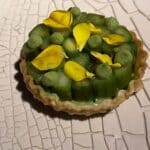 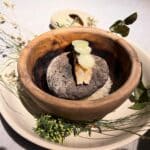 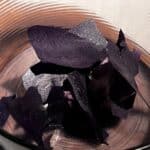 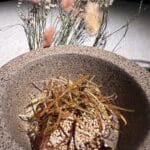 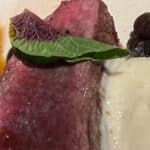 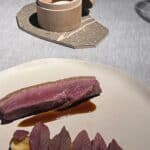 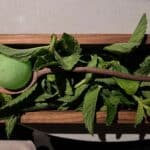 The next morning it was time to head to the airport. Everyone was up, had a wonderful included breakfast and boarded the bus for the transfer…except one couple. We waited and waited and waited. Forty-five minutes sitting on the bus rather than telling this disrespectful couple to just take a taxi.  I say “disrespectful” because the woman boarded the bus with wet hair, so even though everyone was waiting, she decided she had time to take a shower.

Fortunately, because there was no traffic due to the holiday we arrived at the airport with time to spare.  Our Aerolineas Argentinas charter flight was uneventful, arriving in Ushuaia, Argentina around 2:00 PM, heading right to the ship, where we were directed to the Lounge.

My first impression was, “This is the first ship that says it is yacht-like that is actually decorated as a superyacht would be.” Very nautical with lots of rich teak paneling contrasted by nautical blues and whites in both the furnishings and carpets. And the seating is very comfortable too!

Atlas has done away with pre-cruise Covid-19 testing, but does require proof of vaccination to be provided during online registration. A picture of the proof of vaccination is taken during the onboarding of guests along with your credit card information.  After that, you are pretty much free to head to your stateroom or suite (there are both on the World Traveller).

I was in the lowest category Veranda Stateroom (B2) and originally placed in Stateroom 502, which is very undesirable as it is as far forward as possible. Movement is really felt there. However, I was moved to Stateroom 615, which is essentially identical, but midship on the next deck. Again, the decor is about as modern yacht-like as you can get, so it is pretty sexy.

However, it is a bit short on storage; just enough for me but for a couple it would prove challenging. I heard two couples say they are using their suitcases for some of their storage, slipping them in and out of from under their beds as needed.

Similarly, the desk is quite small with just enough room for my laptop and a pad of paper, as half of it is taken up by curiously located outlets (110v, 220v and two USB ports) as well as a Nespresso machine and tea kettle.  While a refrigerator stocked with juices and sodas is under the desk, there is no drawer for miscellaneous items or cosmetics. Not the end of the world, but curious.  There are outlets and USB ports on both sides of the bed as are very convenient light switches.

The bathroom is a little tight (again, I am in one of the lower category accommodations), but has an excellent shower with both rainfall and body jets along with a handheld wand and a seat. Not huge, but definitely a comfortable size. I am not in love with the sink as it is low and fairly small, plus the faucet/spout are fixed low so getting your hands and face into the sink area is difficult.  There is a makeup mirror as well.  There is plenty of room to store things on open shelving and one 220v outlet for the hairdryer, which is stored in the closet. Note: It says there are heated floors, but there are no controls to adjust them, so they feel “not cold” as opposed to warm.

After a rather old-fashioned muster drill (you bring your life jacket to your muster station – inside the ship and line up as if you were being assigned to a lifeboat), it was time to head into town to meet another friend to watch the Argentina vs. Netherlands World Cup match.

We met at the Hard Rock Café (yes, there is one in Ushuaia!) and the place was rockin’!  That is right up until the last five minutes when the Netherlands tied the game.  But I had a problem: Stay and watch the overtime and, eventually, penalty kicks with my friend in this fun venue or make it back to the ship before it departs.  Antarctica won out (as did the Argentinians)!

Not so surprisingly, I was the last to board. Ooops!

Next up: The Atlas Ocean Voyages experience truly begins!