Atlas Ocean Voyages’ World Traveller departed Ushuaia, Argentina at 7:00 PM to calm seas with some guess nervous about the upcoming Drake Passage.  But before we entered the Drake it was time to watch the incredibly tense end to the Argentina vs. Netherlands World Cup match, with quite a few of us watching in the Lounge, though impressively, it was also being shown in the staterooms and suites.

Game over (Argentina won and Ushuaia was going crazy) so it was time to settle in, have a cocktail (Atlas Ocean Voyages has an open bar), and enjoy my first meal aboard World Navigator. Interestingly the first dinner was a casual American buffet…and time for my always anticipated Hamburger Test (no hot dogs were served).  It was a thick, perfectly prepared, Wagyu beef burger with full slices of tomatoes and lettuce, on a proper, toasted, bun.  It was served from a Chef’s Station (there are two) so presentation points weren’t relevant…unless I am going to score my plating! 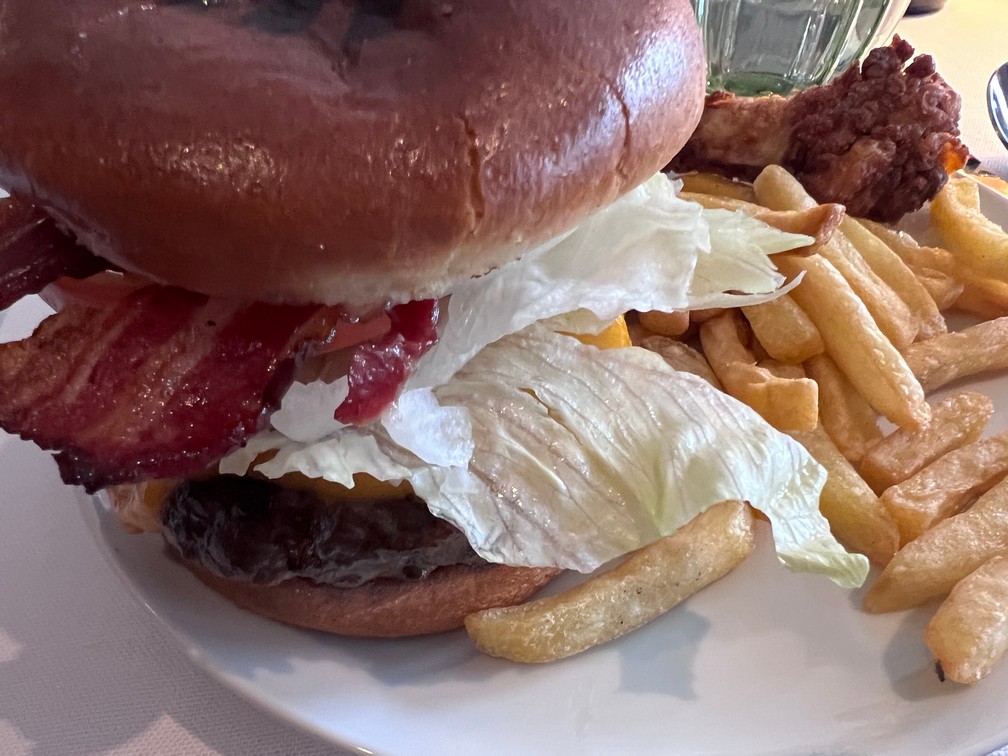 The only restaurant, Lisboa, (there are many nods to the Portuguese heritage of the owner’s culture) is a nice space with a variety of table sizes, both port and starboard, with the buffet centrally located. 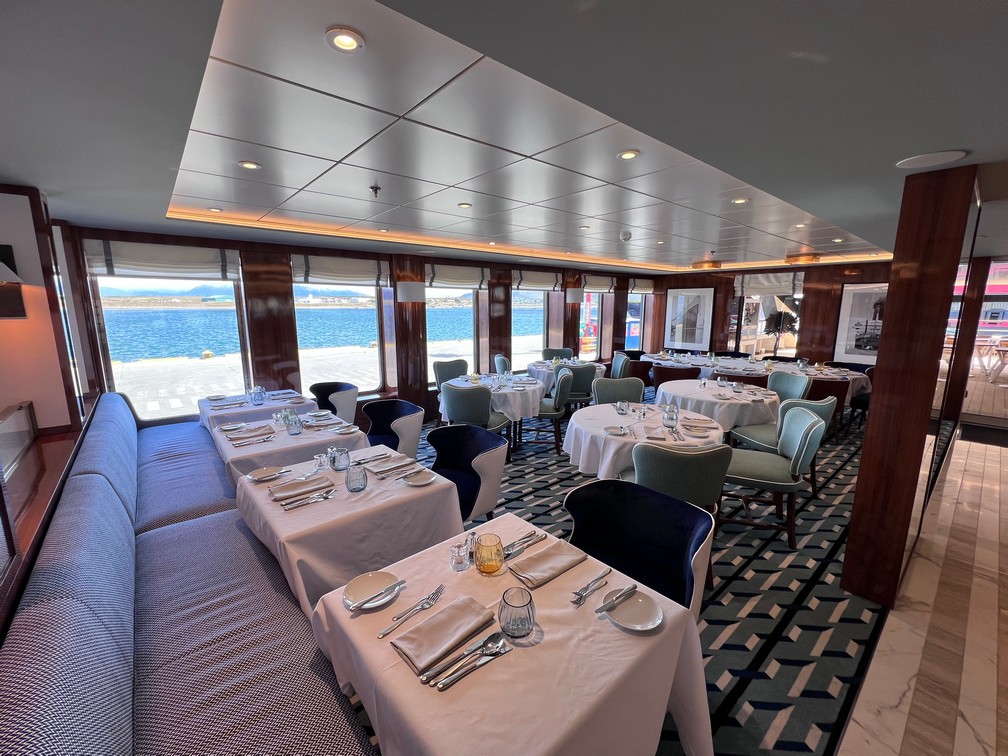 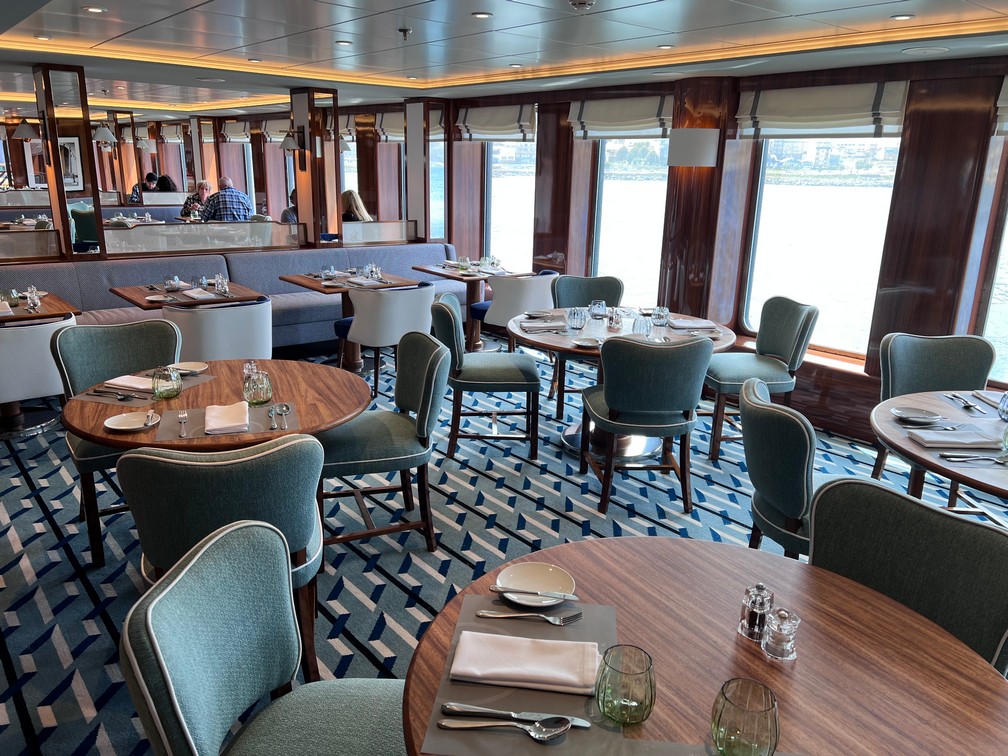 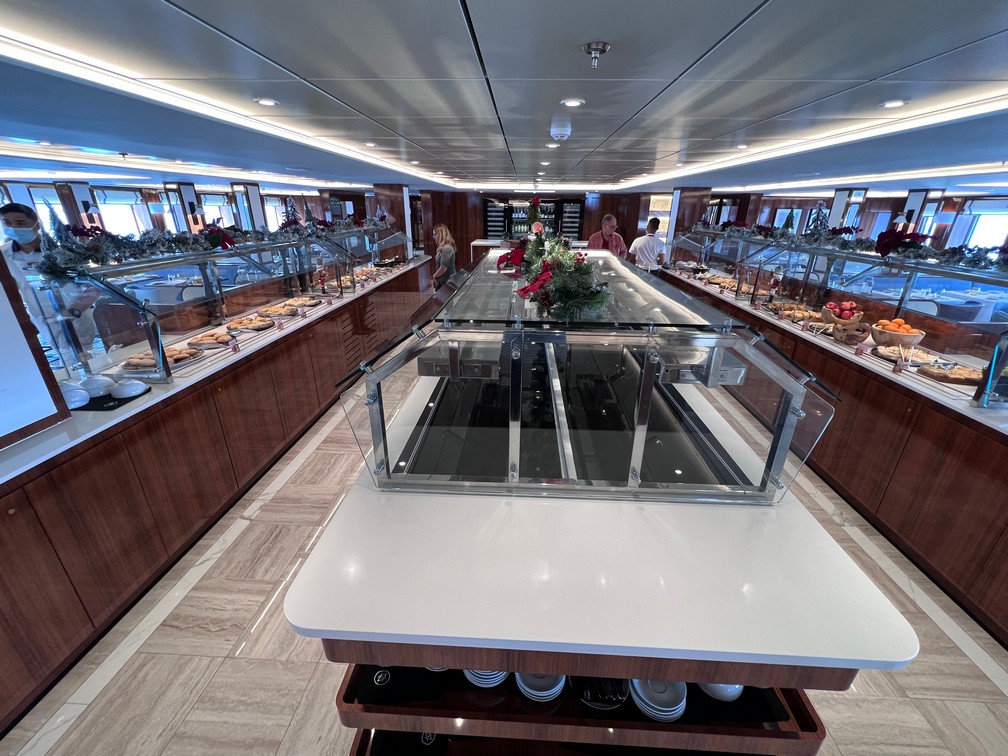 Ship-specific branded paper placemats are used for breakfast and lunch (but they are tasteful), with tablecloths used for dinner. More on the dining experience later including the more healthy coffee, juice, and snack bar, Paula’s Pantry.

After dinner, I had a wander around the ship.  There are two lounges; one midship on Deck 4 called The Atlas Lounge

and one on Deck 7 forward called The Dome…which is great for observing the scenery.

There are open decks on Deck 5 on the bow – called The Water’s Edge, forward of the Dome on Deck 7, as well as aft on Decks 5 and 6.  There is no wraparound deck other than the top of the ship on Deck 8, which also serves as a jogging track.  When your balcony is added in, there is plenty of outdoor viewing areas. 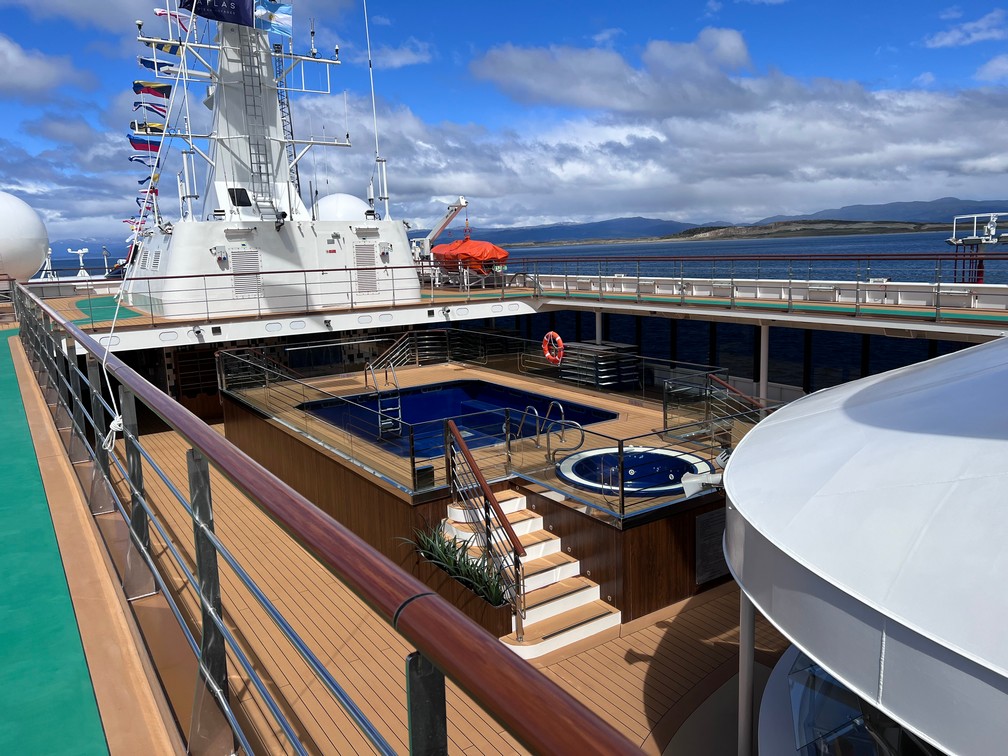 Also on Deck 7 is a small pool and hot tub, the latter of which I fully intend to make use of.

And, of course, there is the Auditorium, which is most definitely set up as a classic lecture hall with steep seating of comfortable chairs; pretty much all with good sightlines.

As World Traveller is a small ship, there wasn’t much to inspect beyond these areas (a small spa and fitness center do exist!)…other than to maybe the beautiful, very sexy, hallways and a second al fresco dining and bar area that is closed during the polar seasons 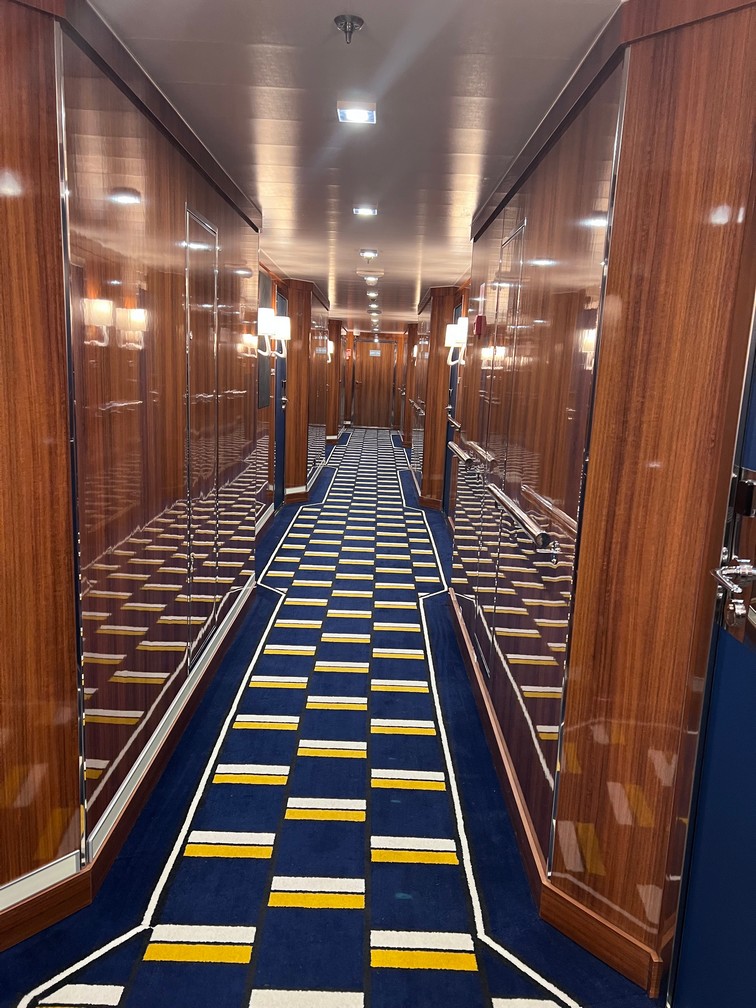 so it was time to just sit back and enjoy the scenery.

During the evening, with the reports of pretty calm seas, it was a bit of a surprise to find myself being rocked by somewhat strong ship movement. I figured it must have been because I was all the way forward in Suite 502, but as I woke in the morning with water bottles on the floor and the glass bottles in my refrigerator banging around, it was not only because of my location, but the seas.  The waves weren’t big, but were timed very close together.  Fortunately, the seas calmed fairly quickly and our second evening onboard was most definitely the Drake Lake with a nice sunset. (Making things better for me, due to an issue with the air conditioning in my stateroom I was moved to an identical stateroom midship on Deck 6.)

With the seas as calm as they were, and the captain having pushed through the initial unexpected sea condition, we actually arrived in Antarctica early so we were able to squeeze in an afternoon landing on Day 2…a bonus!

Finally: Why We Come Here!

The first landing was new to me; not that one of the magical aspects of Antarctica is that even when you go back to a place you previously visited it will be different.  We arrived at Barrientos Island, located in the Aitcho Islands near where I have done some prior landings in the northern area of the South Shetland Islands.   It is a small island with an easy landing, so it was perfect to get folks use to the process and also being able to land without challenge.

We were met by Chinstrap and Gentoo Penguins, including some Gentoo chicks, along with a few Skuas and Sheathbills, as well as a lone, young, elephant seal and a very lazy (and unphotogenic) Weddell seal.  Not a bad start! 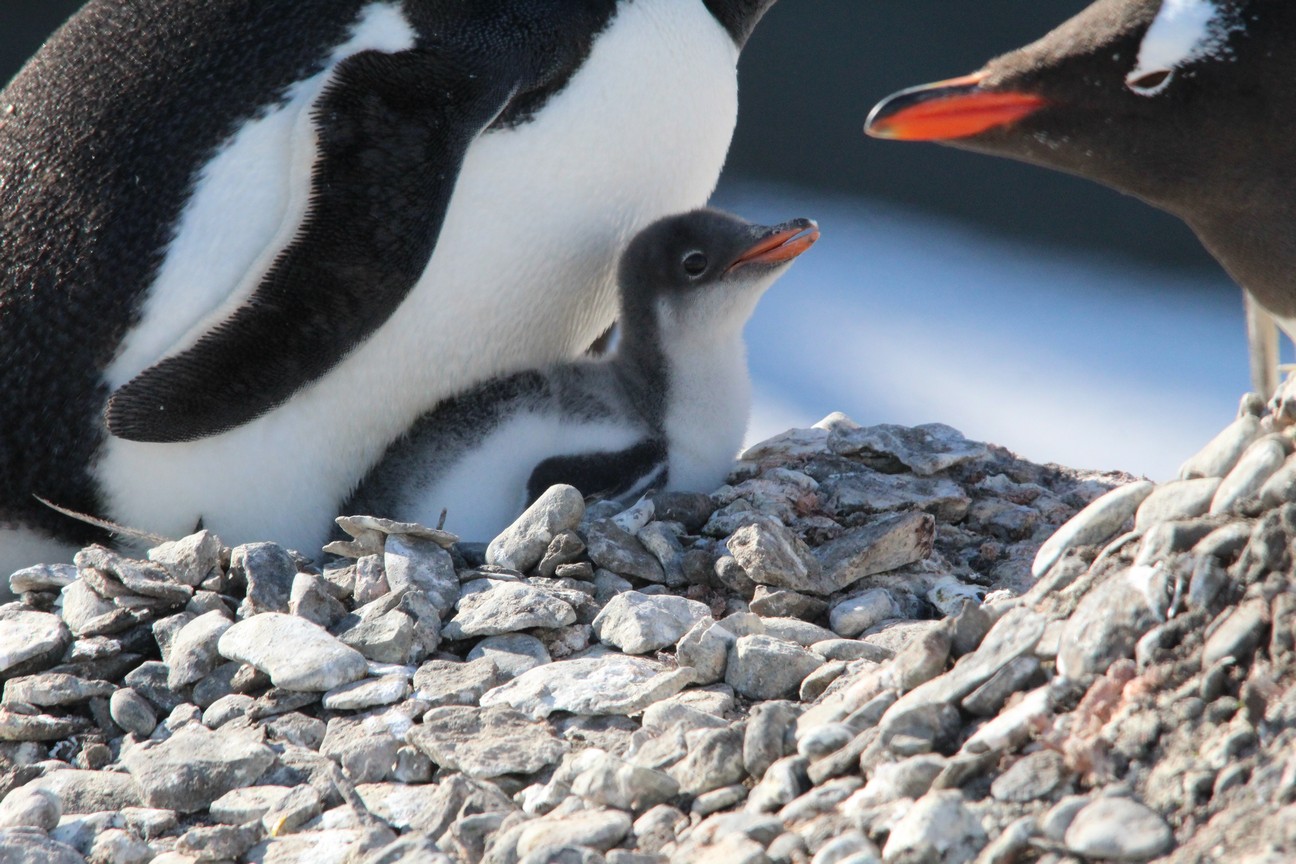 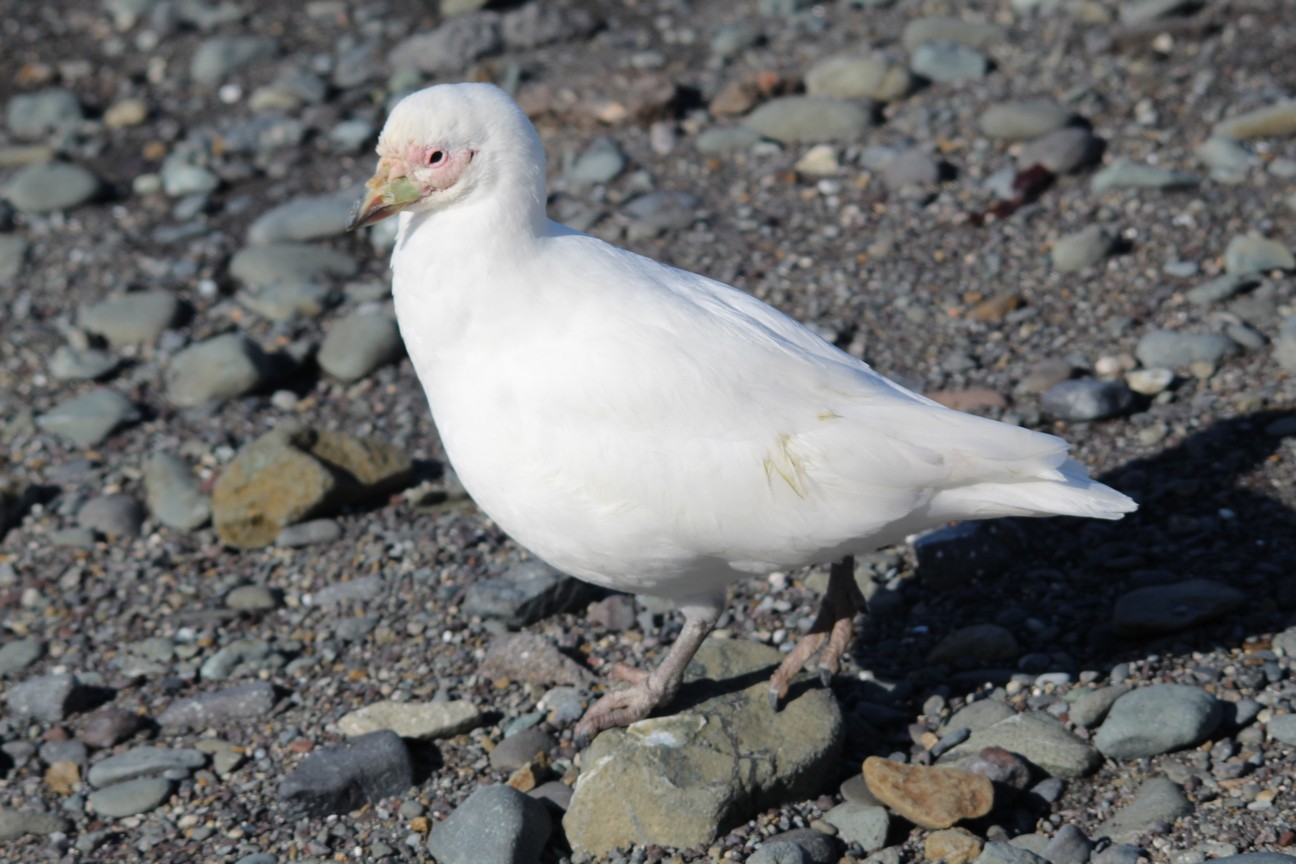 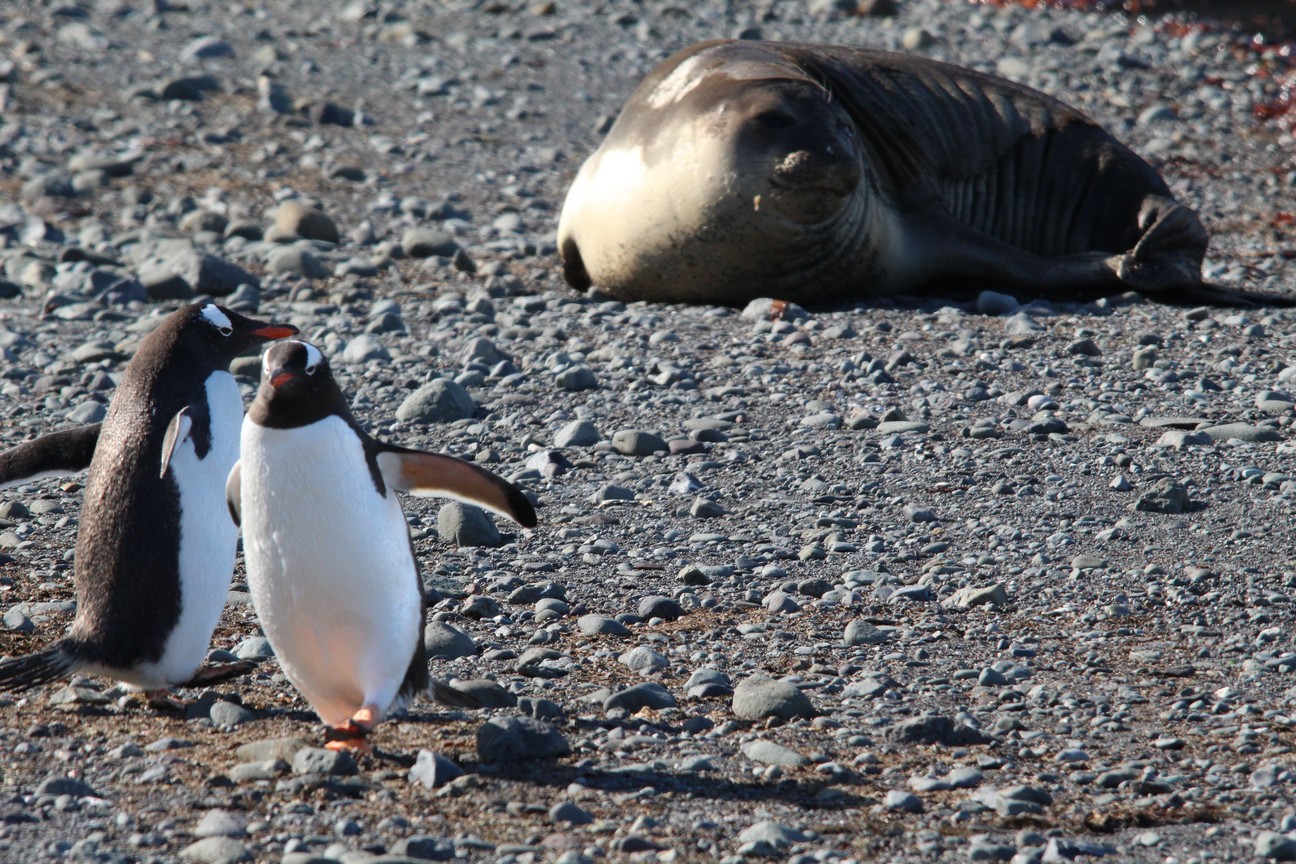 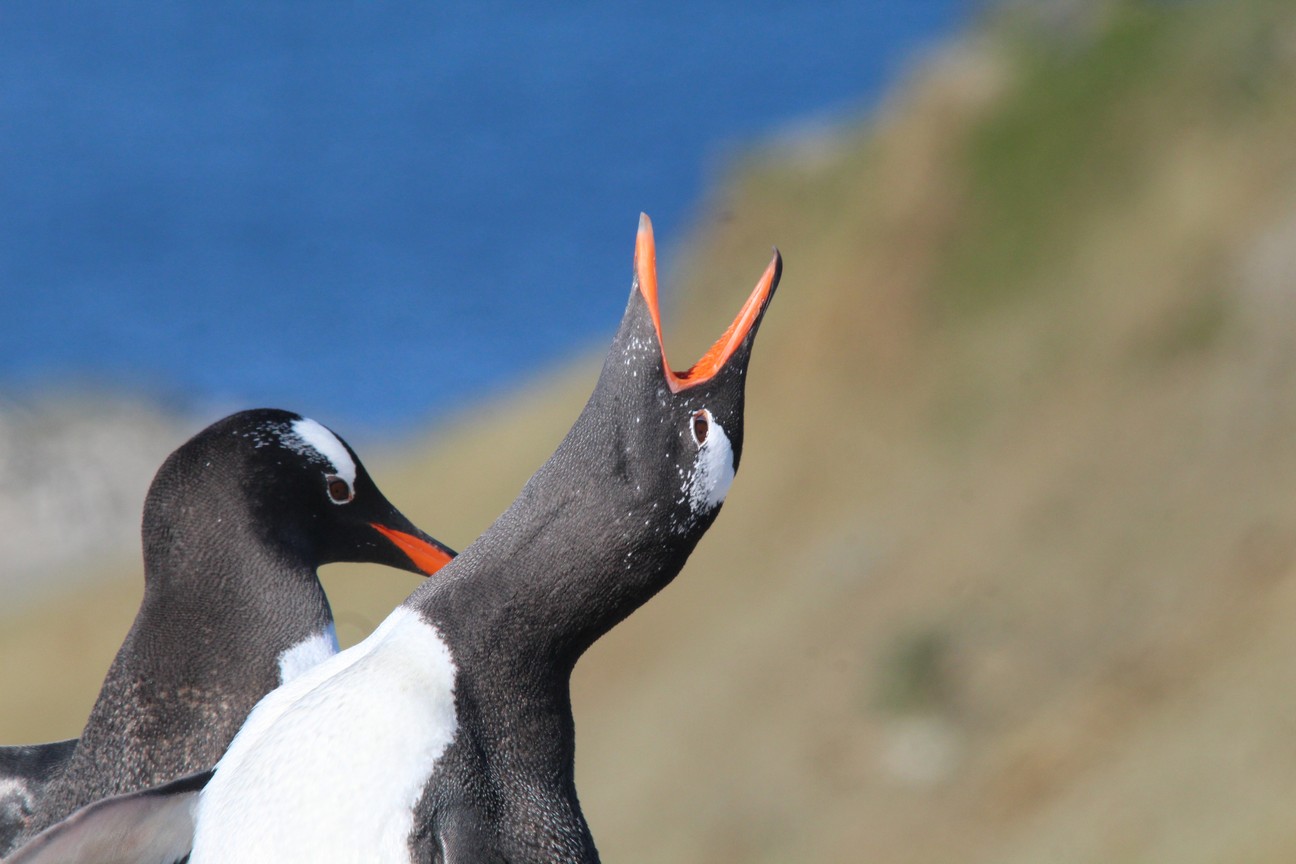 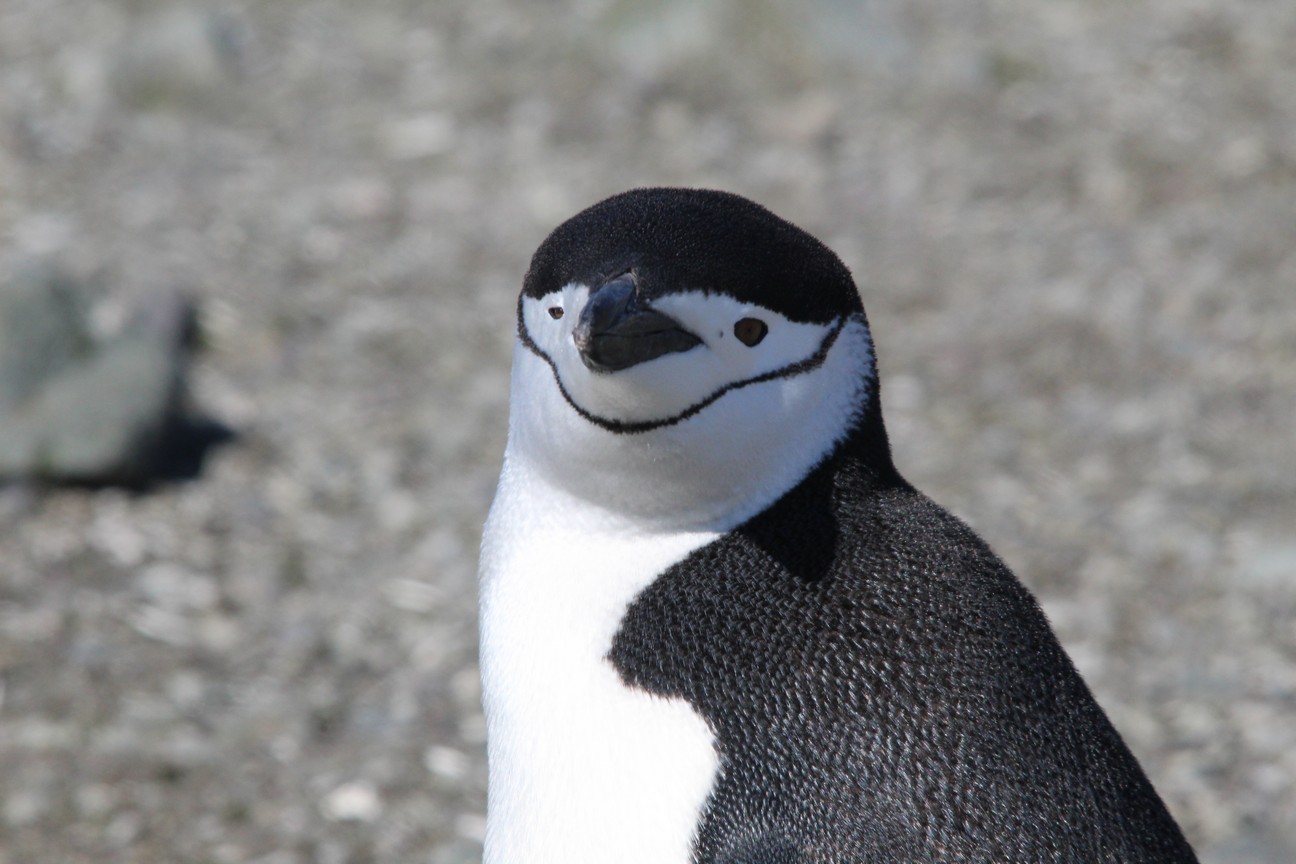 The next morning we started quite early as there was a report that bad weather was rolling in and the expedition team wanted to give us a full morning of both a landing and a zodiac cruise. We landed at Hydrurga Rock, a very small island (hence the name) to visit with some Chinstrap Penguins, Kelp Gulls, Sheathbills, and some Weddell seals. 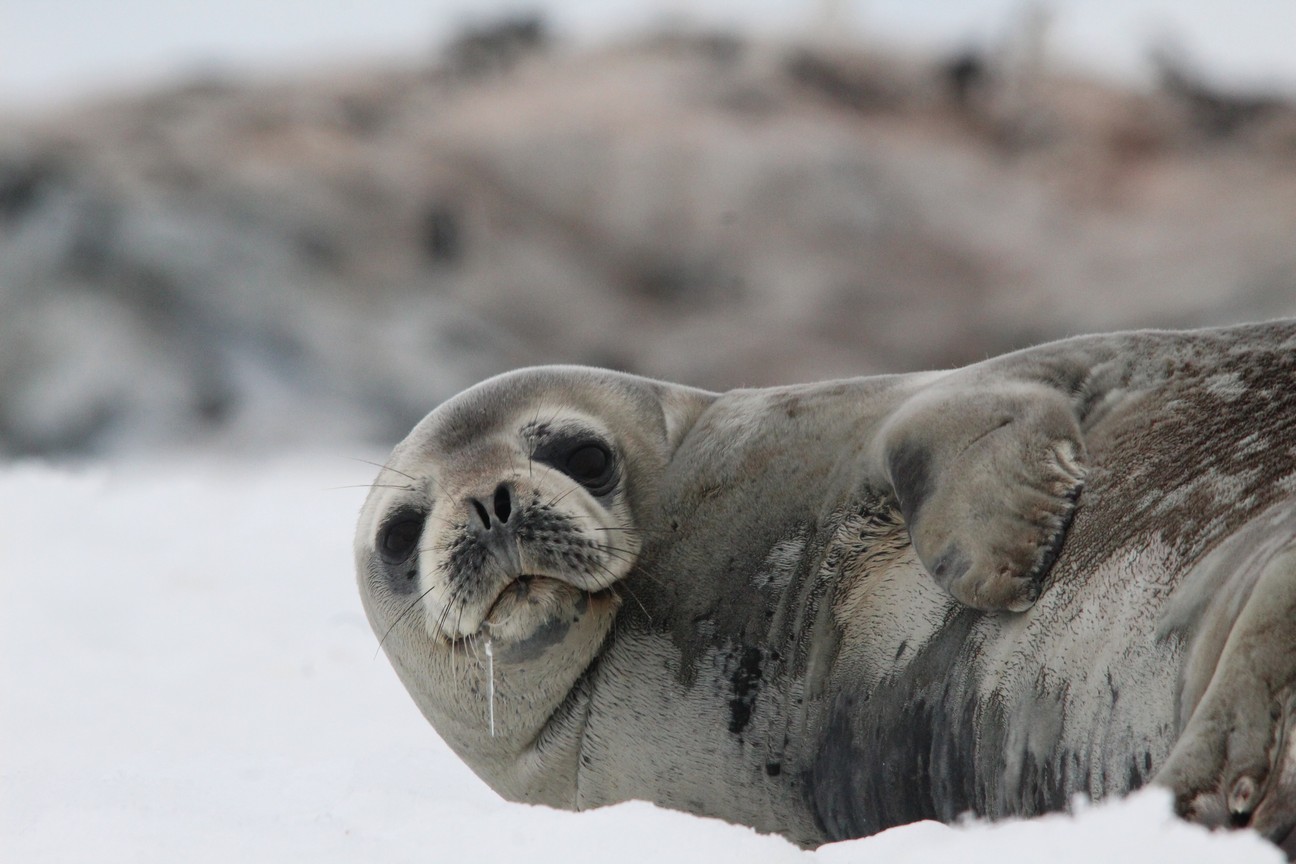 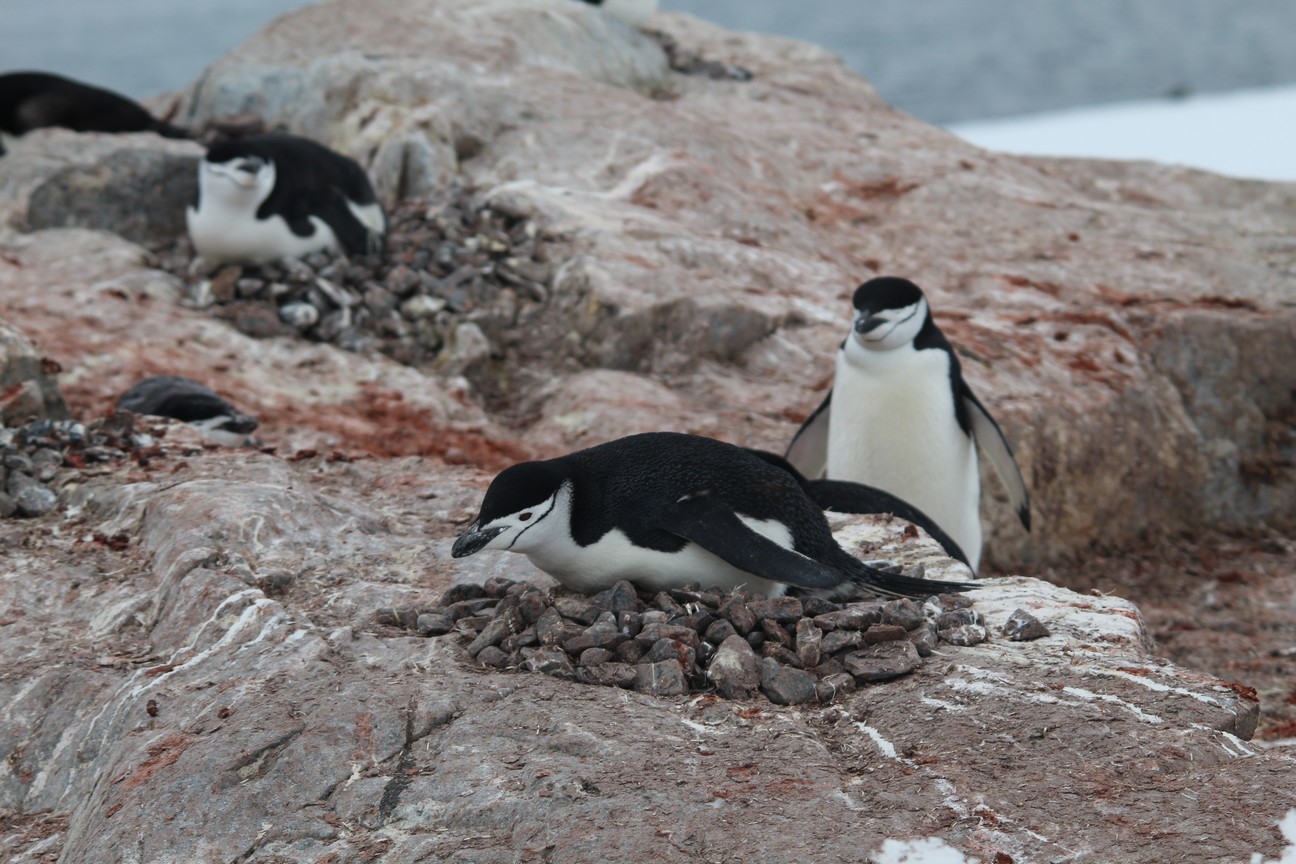 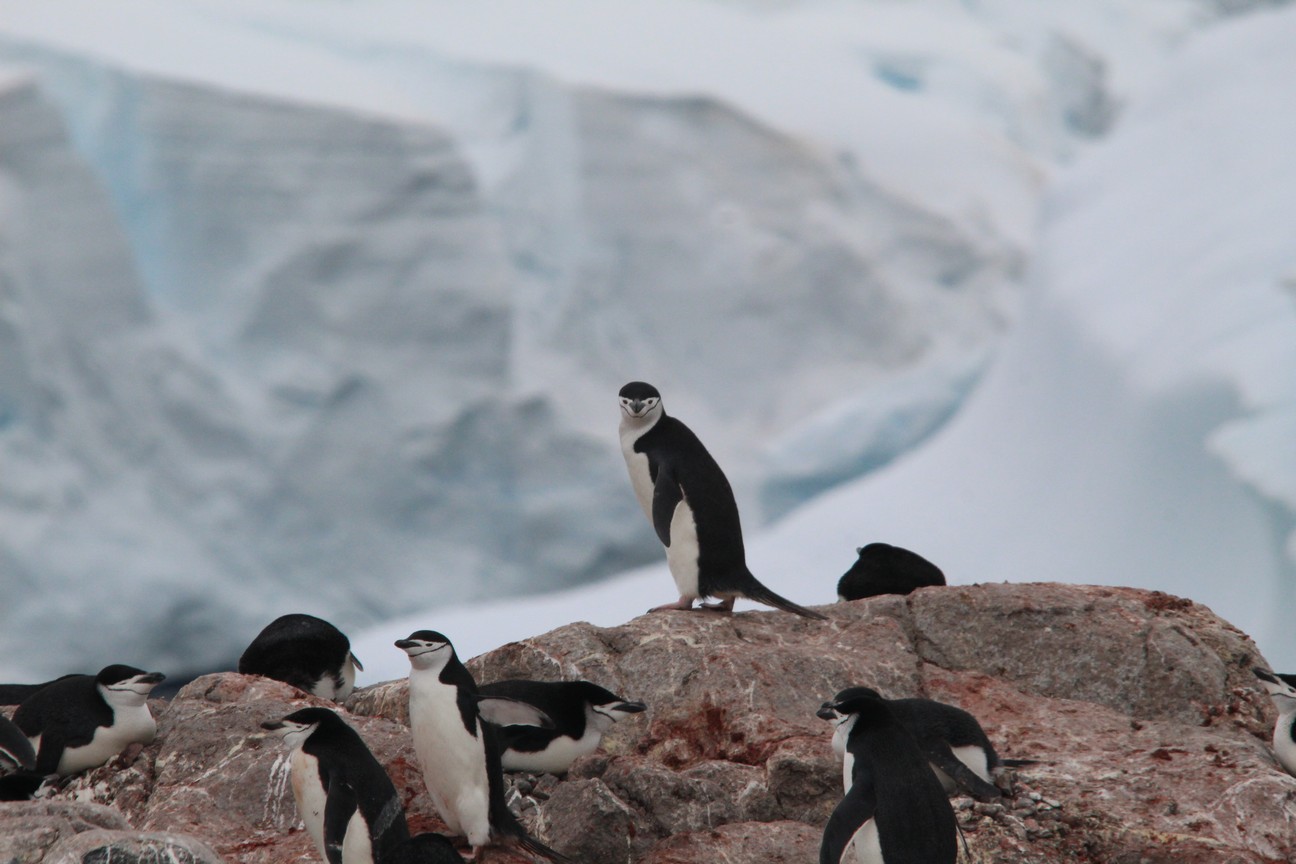 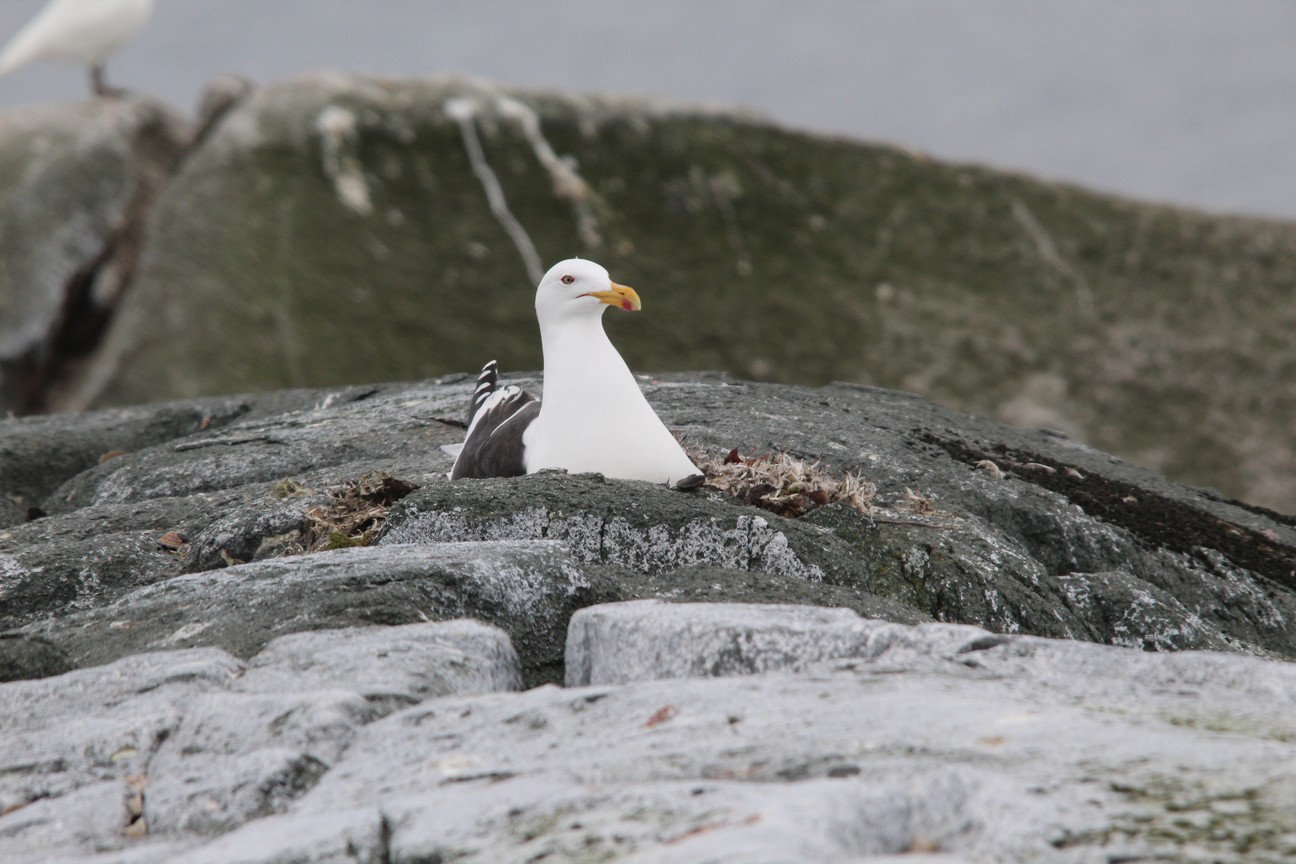 I returned to the small shoreline before anyone else and just watched and listened to a very nearby sleeping Weddell seal with the waters lapping on the shore in the background. It was, alas, one of my Put the Camera Down moments. 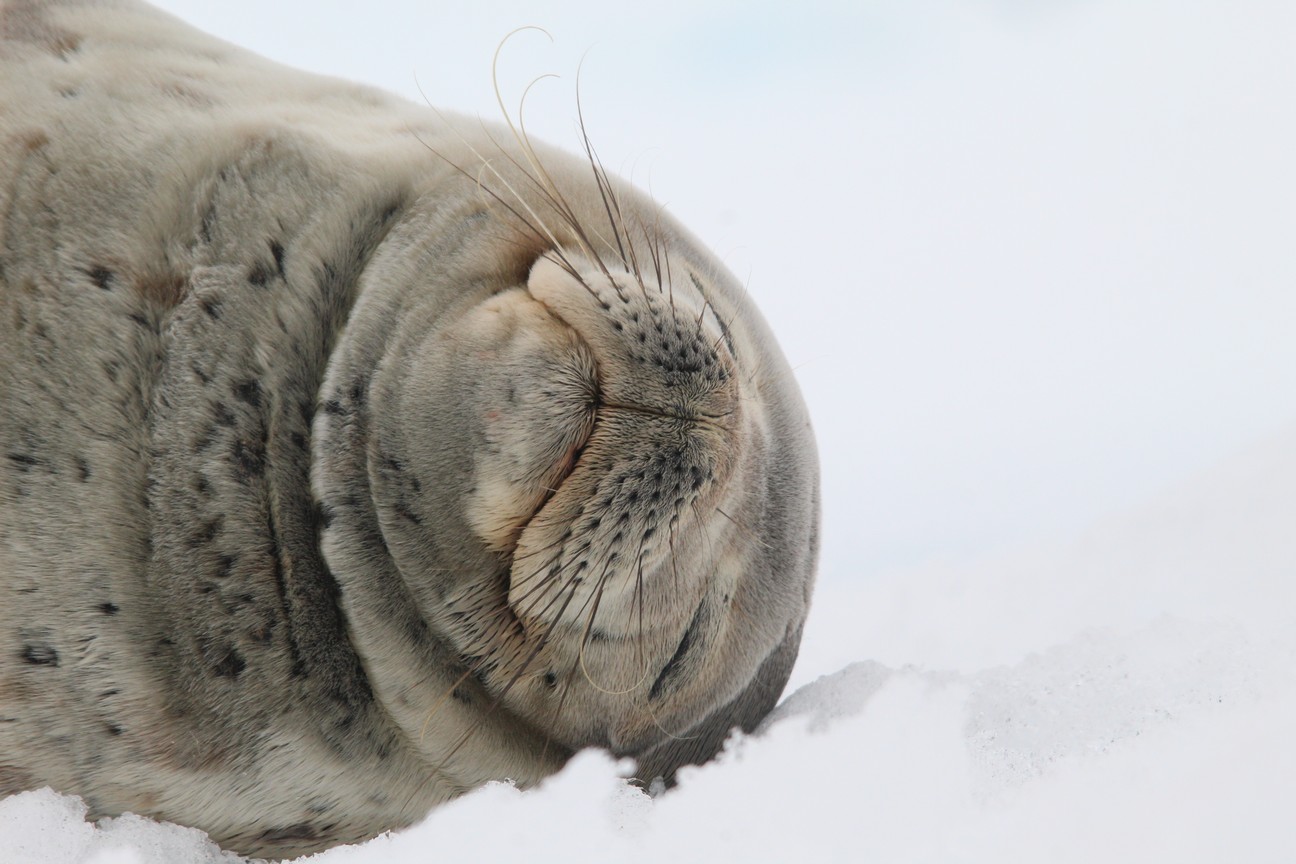 Returning to the ship, I was wondering where the bad weather was. I mean the clouds had given way to brilliant sunshine and the seas were like a mirror. To be honest, all I cared about was that the bad weather wasn’t where we were!  And that we had the opportunity for a beautiful zodiac cruise around Cierva Cove with its magnificent glaciers, icebergs and brash ice along with a Giant Petrel, Skuas, gulls, a tern, Wilson’s Storm Petrel and, of course, swimming Gentoo penguins. 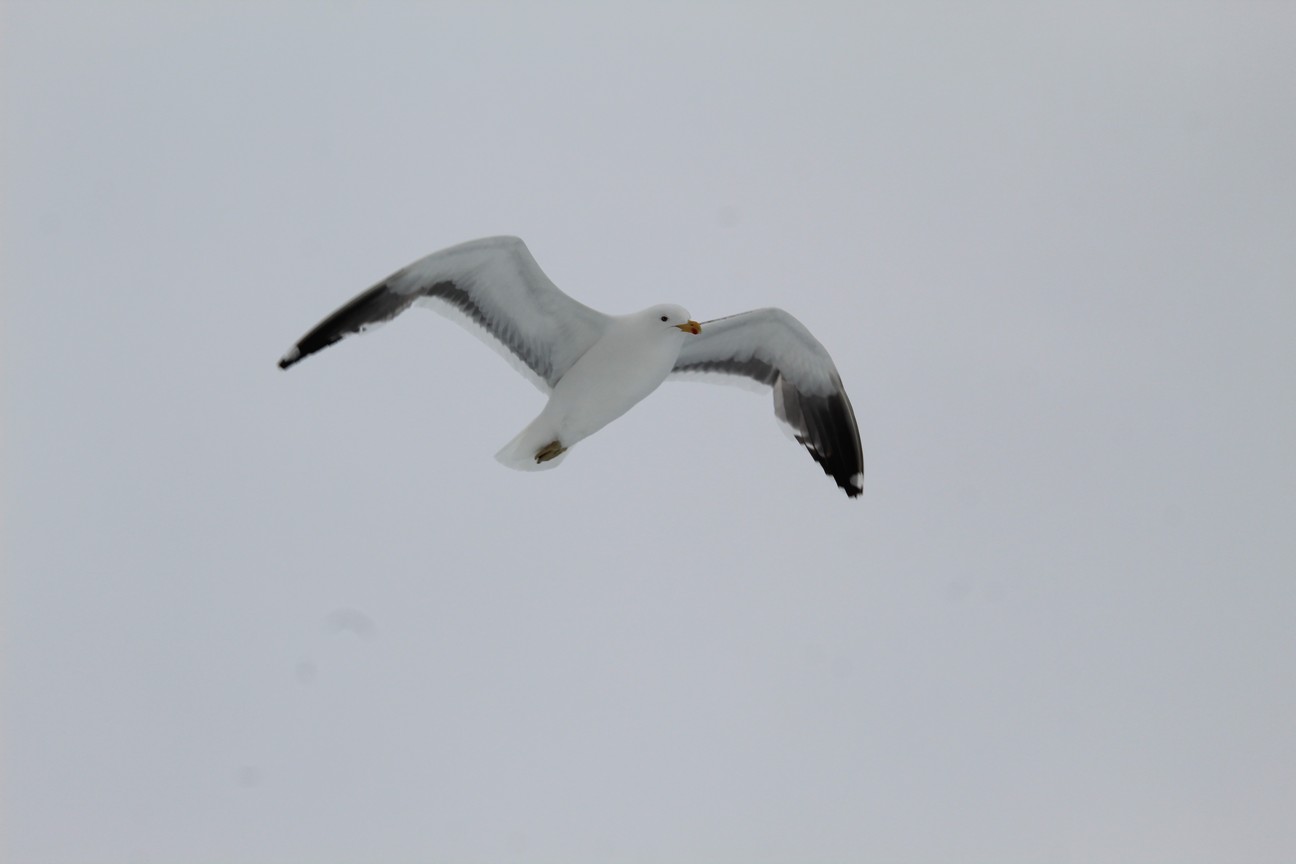 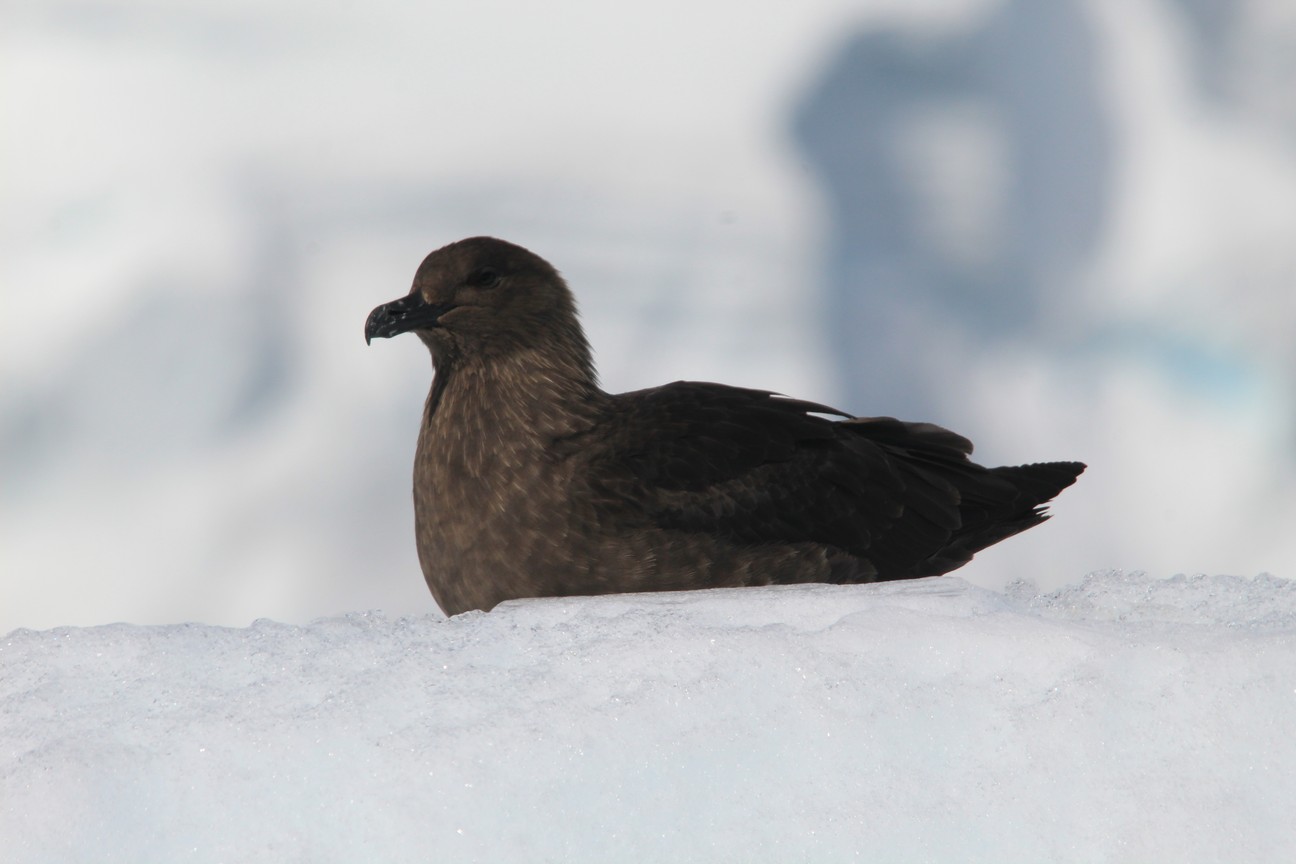 After getting some work done, I headed up to The Dome for a pre-dinner cocktail and to enjoy the view. After taking a sip of my gin and tonic I woman raced in and said, “You have to come see this!!!!” And I did! 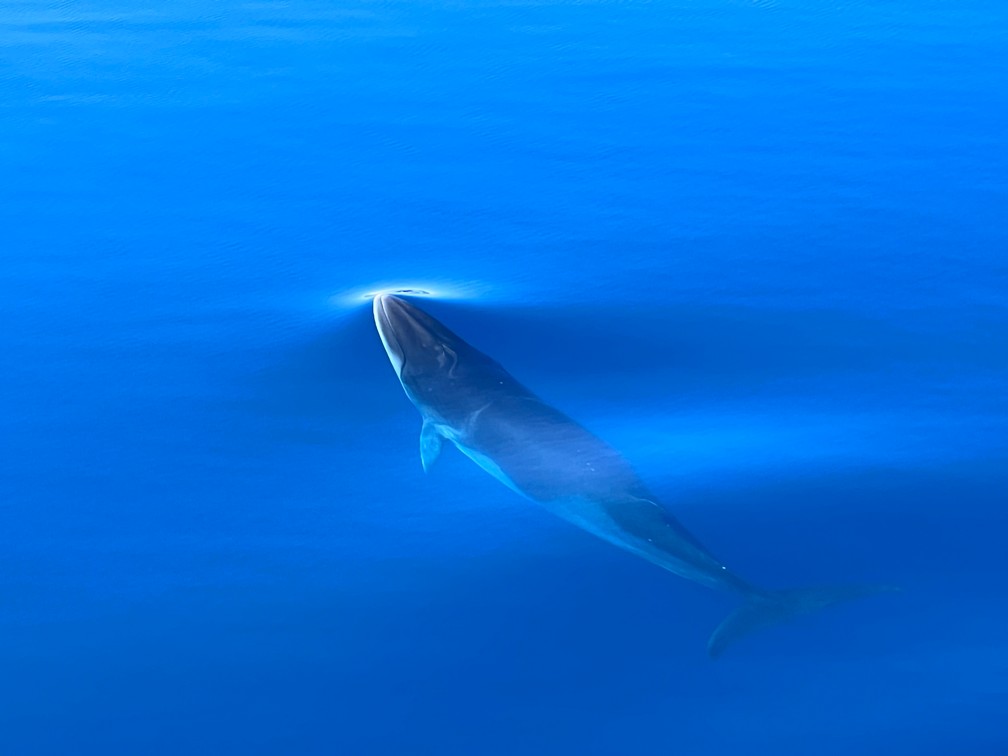 There was a minke whale that was pretty much just showing off and playing with the ship just off and then under its bow…and with the water absolutely still and clear, we were able to watch him/her swim back and forth, come up for air, disappear for a moment and then return.

The beauty of this whale, especially with the crystal-clear blue water, was just breathtaking. And while this was definitely a Put the Camera Down moment, it was also a time to balance capturing a few images.  In fact, I captured one of the best images I have ever taken (at the top of this article).

But what will remain with me are the emotions, especially the obvious joy of, and visions of, the magnificent animal…and an even better understanding why Antarctica is my favorite place in the world. 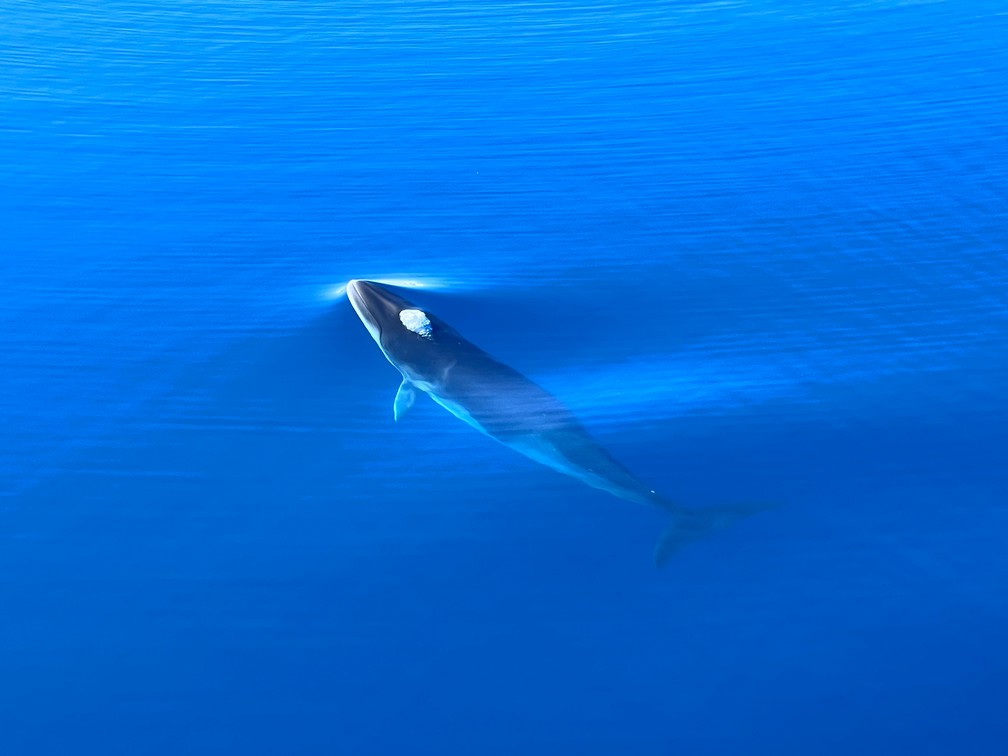 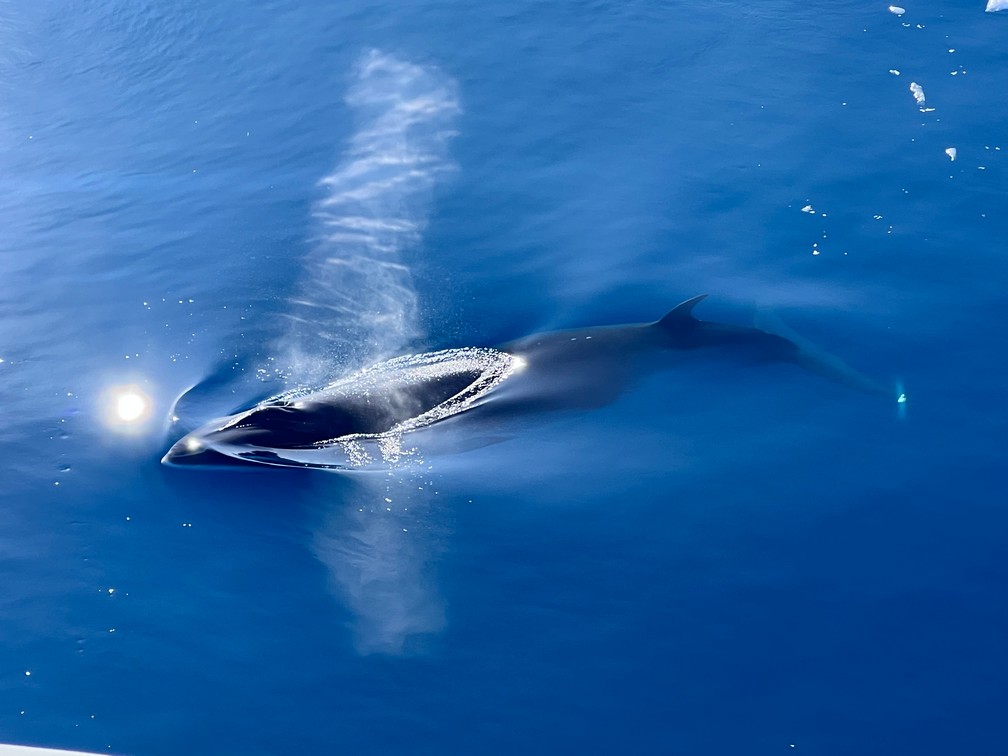 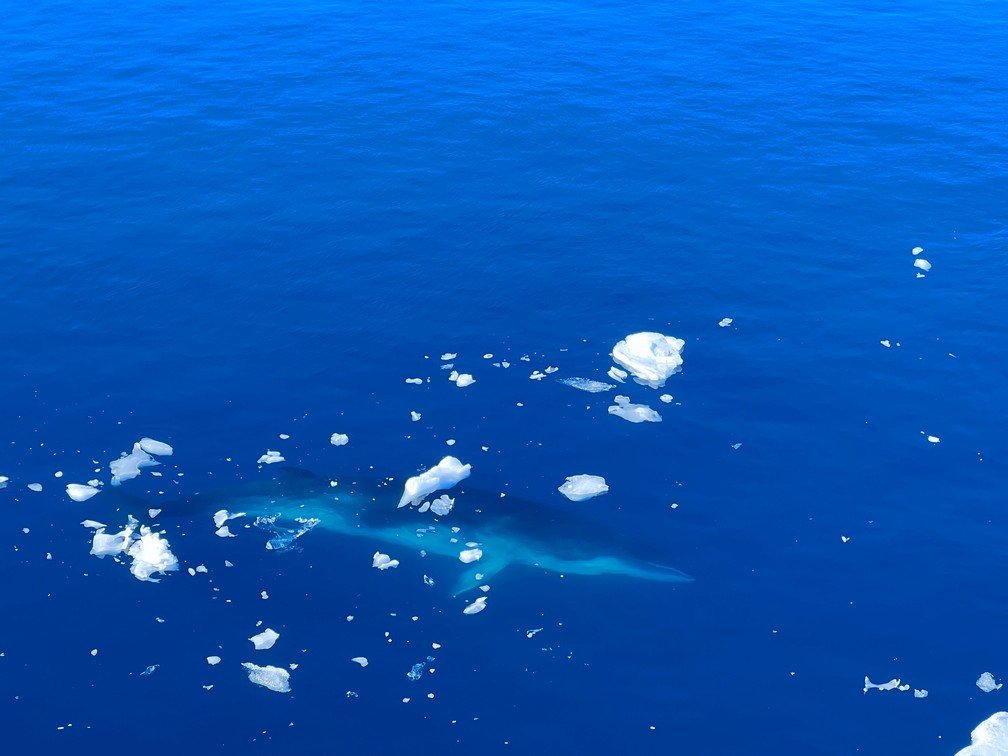 Even before the minke whale experience, I had been asking some of the other guests if Antarctica was anything like what they thought. After consistently explaining they had read books, talked to friends, watched videos, etc. everyone’s answer was the same, essentially, “OMG, it is nothing like what I expected and it is so much better!”

Next up: A bit about cuisine and service…and maybe some scenery and wildlife.