Azamara Cruise Line Sold by Royal Caribbean: Does the Stepsister Turn into Cinderella? 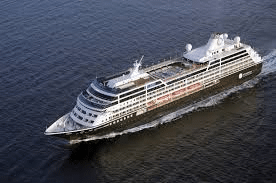 Azamara cruise line was just sold by Royal Caribbean to Sycamore Partners, a private equity firm. My initial thoughts are that this is not going to be good for Azamara, but there are arguments for it to be positive as well…and it most certainly is for Royal Caribbean.

There is no question in my mind that Royal Caribbean had given its best efforts in developing Azamara, including a spell calling it Azamara Club Cruises, into a pretty unique super-premium cruise line in the suites and a premium (fairly well-inclusive) product on its sisterships to Oceania’s older fleet and which have been fair better maintained. 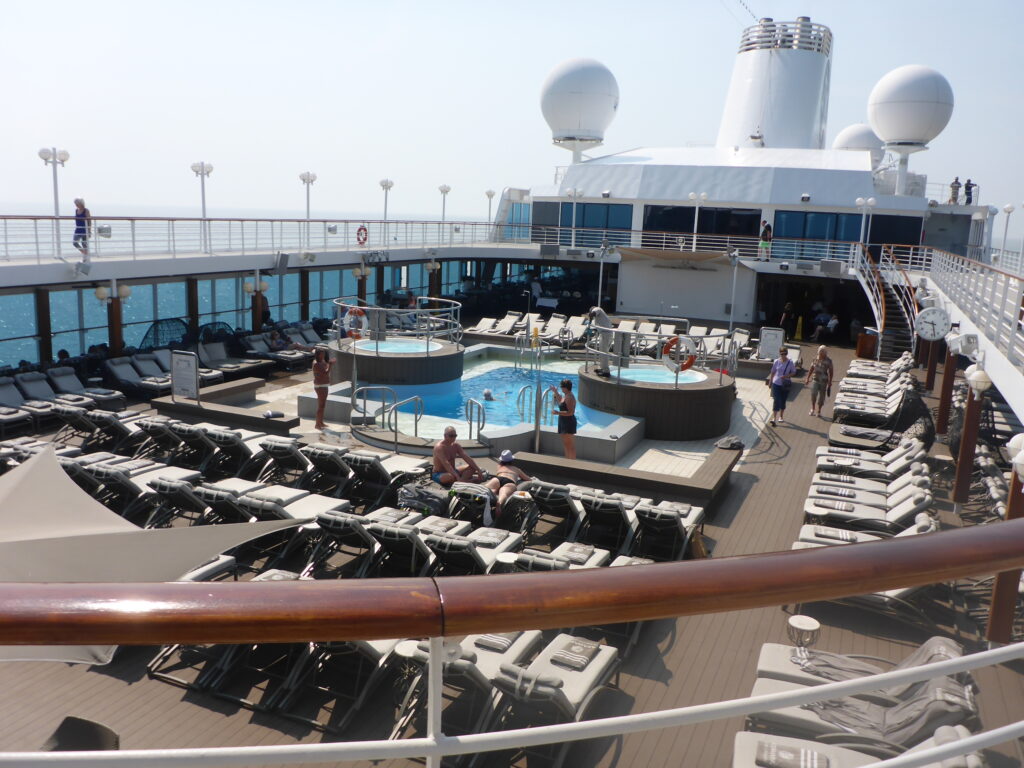 So why did Royal Caribbean sell this pretty solid product?  The answer is, to my mind, two-fold: Internal conflicts with two of its other products: Celebrity Cruises and Silversea Cruises; and, low profitability/high carrying costs, especially with Covid-19 and the slow rebuilding of the cruise industry.

Let me explain!  Royal Caribbean purchased Celebrity Cruises, which was its own entity, in 1997. It operated ships that were a bit more upscale, but delivered the typical cruise experience at a slightly elevated, smaller ship, level. Celebrity has over the years become a more and more elevated product in the areas of amenities, cuisine, space, services, and accommodations. Last month Celebrity announced that it was going “all-inclusive” with classic alcoholic beverages, gratuities, and wi-fi being included.

Meanwhile in 2020 Royal Caribbean completed its acquisition of Silversea Cruises, which is a clear leader in the luxury market, which not only provides the suite experience, but some very creative itineraries, including expedition experiences in exotic locals in smaller ship settings.

These two moves left Azamara Cruises, with its three circa 2000-3 (though well maintained) 20+ year old ships with an old design which has a mix from interior to veranda staterooms with tiny bathrooms (including showers so small the curtain will attack you) to upscale suites with a fairly all-inclusive package; not so dissimilar to Celebrity’s new concept.

Hence, while Azamara has always had some excellent and exotic itineraries (which also includes one special event AzaMazing Evening per cruise), it really had been put in the place of not having anything specific to offer that Celebrity Cruises or Silversea Cruises doesn’t offer…other than lower priced, lower quality, standard staterooms; and that is not where a cruise line makes its money.

We are now all familiar with the Covid-19 related term “burn rate“; the amount of money being expended while the cruise fleet sits idle. Well, with the Azamara cruise ships cost millions of dollars a day to keep up and running and, as noted above, their eventual profit margin, even when sailing to capacity, cannot be not very high due to limited number of suites and the high volume of lower profit staterooms, the amount of time it would take Royal Caribbean to see profits and, possibly more importantly, the amount of money it would have to expend to get to the point of just operating at a “not a loss” point, offloading the cruise line makes a lot of sense.

When you consider the fact that the improvements to Celebrity Cruises and the void that Silversea Cruises has recently filled, Azamara Cruises went from the stepsister brand to the ugly duckling.

What will be interesting to see is if the sale to venture capitalist Sycamore Partners winds up akin to the phenomenal job Xanterra has done with Windstar Cruises (which was the stepsister at Carnival Corp before being sold) or if it will be akin to the turbulent time Oceania Cruises and Regent Seven Seas Cruises had surviving with reputations in tact when venture capitalists Apollo Holdings acquired them (which, fortunately, resolved positively with Apollo creating Prestige Cruises and it going public and then in 2014 was acquired by NCL).

The good news is that Royal Caribbean sold all of Azamara from the ships to the staff and crew contracts to the reservations to the name and logo. So the new Azamara has a strong running start rather than having to build a new cruise line after acquiring the ships.  (The other interesting news is that Carnival Corp has just sold another of the sister ships, the Pacific Princess, to “an undisclosed buyer”. My guess is that she is going to be added to the Azamara Cruises stable.)

What also works in Azamara cruise lines’ favor is that Sycamore Partners obviously picked up the cruise line at bargain basement pricing in what seems to be a Win-Win scenario. Hence it won’t be burdened with debt greater than the assets it purchased (and, as I said, Royal Caribbean has maintained the ships in far better condition than Oceania has kept her sister ships, and the branding remains, so an initial large investment in the ships won’t be necessary) and it has a built-in book of business coupled with a well-trained onboard staff and onshore support in already in place.

It also appears from press releases that Azamara is intending on expanding its immersive travel philosophy by providing more in-depth pre and post cruise itineraries such as African safaris, a journey to Machu Picchu, etc. These can be high-profit items…but I wonder how many of those non-suite guests will fork over the money to engage in same. (As I mentioned in the article I wrote in the link above, there is a fairly large contingent of bargain hunters in the lower categories that actually cost the line money.) 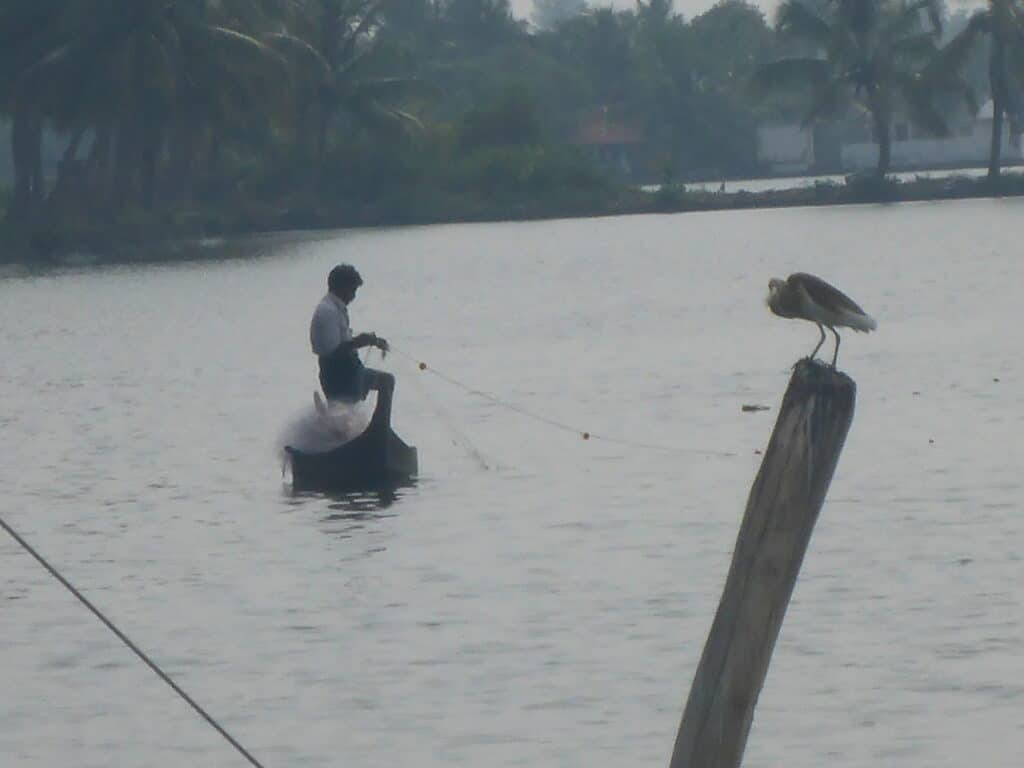 The backwaters of Cochin, India explored on an Azamara Journey Cruise.

What remains the big question is how much Sycamore Partners is looking at Azamara crulse line as a long term investment versus simply creating a package at a relatively low cost simply to be sold off yet again or placed in a public offering once we get past the Covid-19 ordeal.

What I have seen from both public and private communications, there is an enthusiasm from within Azamara. The feeling is, from what I can tell, is that they are looking forward to no longer being the stepsister, but rather the new Cinderella.

All Posts »
PrevPreviousQuark Expeditions: This Polar Expedition Specialist Has Evolved
NextExperiential Journeys by Cruise or Expedition – It Ain’t Really About the Hardware. Seriously!Next
Play Video