Bad Things Happening at Seabourn/Holland America/Princess – AGAIN Held in Contempt by the Court!

There are bad things happening at the combined Holland America Group, which includes the effectively merged entities of Princess, Holland America, and Seabourn…and P& O Australia. It just makes me shake my head, not only as someone in the travel industry, but as an attorney with over 40 years of experience including in the United States federal court system. 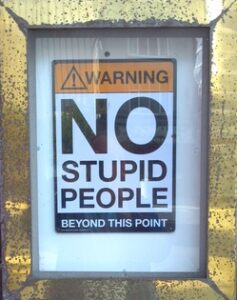 I am not writing this because of Seabourn’s ridiculous dealings with me (seemingly also seen as such by pretty much the rest of cruise industry), or just because the United States Justice Department just issued a press release confirming today’s GUILTY PLEA for Princess and Carnival Corp.’s repeated intentional failures to comply with Court Orders.

No, I am writing about the shocking conduct of the executives that now effectively control Seabourn, Holland America, and Princess and Carnival Corp. A Court Appointed Monitor and Third-Party Auditor reported to the United States District Court that they found that the failure of these folks (detailed below) “reflects a deeper barrier: a culture that seeks to minimize or avoid information that is negative, uncomfortable, or threatening to the company, including to top leadership (i.e., the Board of Directors, C-Suite executives and Brand Presidents/CEOs).”

As a brief background, in 2017 Princess and Carnival Corp. plead guilty to the felony (criminally) dumping oil-contaminated waste into the ocean and then covering it up. It was fined $40,000,000 and ordered to establish an Internal Investigation Program, which was to be monitored by a court-appointed monitor. In 2019 Princess and Carnival were convicted of six violations of their probation and fined an additional $20,000,000 and were required to undertake additional remedial actions.

Today (January 12, 2022) Princess and Carnival pled guilty to contempt, was fined an additional $1,000,000, agreed to replace the head of the Incident Analysis Group, and any future failure to meet the plea agreement deadlines will result in a $100,000 per day fine for the first 10 days and $500,000 per day thereafter.

I feel compelled to reflect not on the initial problematic environmental crime, but the utter arrogance and inability to proper captain their own ships with seven – seven – serious and clearly intentional violations of court orders and the cause if it. If the court-appointed monitor and third-party auditor are correct, there is a systemic culture that is – to my mind – horrific.

There is the old saying, “Fish rot from the head down!”. As such, you should note that Jan Swartz, now the head of the Holland America Group (Seabourn, Holland America, and Princess…and P&O Australia) was the President of Princess from December 2013 to December 2020 before being promoted to take the helm of HAL Group. While I have no direct information as to her involvement, clearly she was involved to a significant degree.

What I will observe, somewhat parenthetically, is that Josh Liebowitz moved from Cunard (another Carnival Corp. cruise line) to Seabourn in June 2020 and the issues with Seabourn really took a turn toward the worse shortly after the then executives then started to abandon the Seabourn ship. And from there MY troubles truly began!

To be fair, I had a bit of a difficult time with Rick Meadows, when he was the head of Seabourn for the same reason. There was an arrogance, a secrecy and a real disconnect with what mattered to the people of Seabourn that was troublesome. Rick Meadows Retires as President of Seabourn…and Seabourn Will Survive and Thrive. – Goldring Travel

Princess has admitted that the internal investigators were not allowed to determine the scope of their investigations (Gee, I wonder who did that!) and that draft internal investigations were impacted and delayed by management (Again, who exactly were doing that?!). Heck, if I have had access to the folks at the highest levels, you would assume that those involved also did.

As the US Attorney stated, “They are not above the law. The corporate defendant here ignored the court, choosing instead to thwart the compliance plan that was put in place to protect our environment. As this probation violation proceedings demonstrate, the government will not tolerate defendant’s blatant violation of court orders.“

I have to admit that in the past – back when I was a bit more naive and had a bit more “rose-colored glasses” view – I saw this as a belated-known Princess Cruise Line environmental issue and didn’t really focus on it too much. However, now that the curtain has been drawn back and the players have been found to have created a dangerous culture and used it to support some outrageous conduct, the pieces have fallen into place. A bad place.

And it is that bad place that is so problematic and causes me to ask the question, “Are the executives at Holland America Group and Carnival Corp. going to drastically change their improvident approach or are they going to – as their asserted culture would seem to require – hunker down and get even worse?”