Once again I see anti-cruise line headlines; this time by the Miami Herald stating that the cruise lines “refuse” to repatriate over fifty thousand cruise worldwide because it is “too expensive”.  Once again, the article is, for the most part, accurate, but it does not really tell an accurate story or reflect what the headline is communicating.  The issue is really “What and why does the Centers for Disease Control (CDC) have the requirements -only for cruise ships – and are they reasonable under the circumstances?” 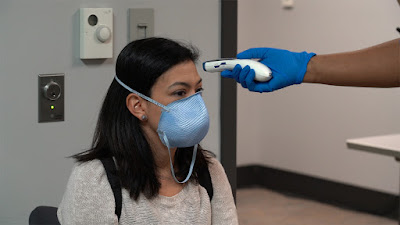 Here is the reality and, to be sure, I find it both ethically troubling and scientifically unsupportable. I say this not as a travel agent, but as a person with some real world experience and a background that has a bit of science in it.

As background you may want to read my earlier article:

What Does the CDC and the Media Have Against the Cruise Industry? Facts Should Matter…Egos, Hype and Ratings Shouldn’t

If I was to be working as a meatpacker in a factory that has a high rate of COVID-19 infections and have not been tested, I could, without any restriction, take a subway, train or bus to any U.S. airport of my choosing, walk through the airport and board a plane anywhere I so desire without any restrictions or limitations (other than social distancing and, possibly, having to wear a facemask).

If I was a doctor or nurse in a hospital dealing with COVID-19 or a grocery store clerk, a transit worker, a first responder or any other essential worker the same would be the case. You know, the same people that you see on television saying they are sleeping in their basements or garages if they have them so they don’t infect their family or live with the fear they might if they can’t live separately.

In fact, easy access to air, train and bus travel is the case for anyone other than a member of the crew on a cruise ship! The question is: Why and upon what scientific basis?

I will leave for the moment the U.S. government’s woeful actions regarding testing. It would seem logical and practical that if a ship with 150 crew were to come into the U.S. today (such as the Seabourn Sojourn) there should be the ability to have them all tested and the sent on their way. But the US is months behind in having sufficient testing for governmental purposes and who knows how long for non-essential businesses. (Yes, I can admit that cruise ships are not “essential” in this context.)

So what does the CDC require to disembark crew? [NOTE: The onboard requirements in many instances have no relationship to the reality of shipboard life or actual reduction (as opposed to a symbolic “show”) in transmission of COVID-19 in a population].

The CDC Requirements need the segregating out only those crew members with no known exposure to COVID-19, being temperature tested and medically screened by onboard medical staff, and 72 hour notice being given to local authorities of various types, etc. So these folks have been significantly isolated and screened so the possibility of COVID-19 infection is extremely low, if not statistically non-existent. This crew may disembark, but only if:

and then the cruise lines have to ensure that the crew self-isolate for 14 days upon reaching their home.

Let’s take an easy one: American crew member wanting to go home and there are no other crew members who live nearby. The crew would have to take a cruise  paid for bus or car to a private airport or area of LAX to take a private charter aircraft from, say Los Angeles (where the Seabourn Sojourn docked) to, say, Chicago. That cost is about $20,000. But if that person lived two hours from the airport, additional car service for a few hundred dollars would apply. One crew member = $20,000+ rather than say, $300 for a normal crew airline ticket with no logistics issues.
Now let’s take 50 crew that call the Philippines their home. A charter flight from LAX will cost that much per hour x 14 hours and require a roundtrip charge. So the base cost is $280,000 just to get them out of the U.S. With flights normally costing the cruise lines say, $750 per crew, or $37,500 it will now cost, all up, well over $300,000.  And that assumes whatever country is going to allow a non-commercial flight to land and its “Scarlet Lettered crew into the country.
Of course the CDC could waive those requirements for those I have mentioned, but it hasn’t.

And those are the easy cases!  Imagine who many cases that are not so easy with the current 50,000+ crew stranded on cruise ships.

So why has the CDC created such draconian requirements for crew, but not meatpackers, doctors, nurses, airline crew, etc.?  Nobody at the CDC has commented other than to say that cruise ships present a special circumstance where social distancing is not readily possible. Forget the rest of the science, statistics, inconsistencies, people with far higher probability of infecting others, etc.
Why hasn’t the CDC said more? To me the reason is obvious: This has nothing to do with science, but rather politics and egos.
Keeping in mind that other than the Diamond Princess (which was woefully handled by the Japanese Ministry of Health and, to a degree, Princess Cruises) there have only been 1,881 COVID-19 cases worldwide associated with cruise ships according to the same Miami Herald spanning over 300 ships. That is remarkable small number; especially if you look at the demographics of which ships, where and countries refusal to allow a few COVID-19 positive cases to be disembarked for treatment; resulting in more onboard infections.
Taking it further, that 1,881 is the total number of cases ever reported. The number of reported current COVID-19 cases among cruise crew now is: ZERO. Granted there is not sufficient testing, but there can only be so many asymptomatic cases that can exist and follow on with additional asymptomatic cases for so long. That is an incredibly low infection rate.

By way of example, the crew of the Seabourn Sojourn were at sea with no other direct contact for over 40 days, without any symptoms and no reported positive cases. Now, is it possible there is an active COVID-19 case or two. Anything is possible. Is it probable? Statistically and scientifically: No. (And you don’t need to be a scientist of draw that obvious conclusion.) Is there a greater chance that a New York transit worker is infected? It would most certainly seem so.

And what is the probability that a person who happens to be COVID-19 positive but who is socially spacing and wearing a real (not merely a single layer cloth) facemask would infect another person?  You going to love this: NOBODY KNOWS!!  That’s right! Nobody from the CDC to other scientists and health professionals can tell you how effective facemasks are, other than in theory they are better than nothing. I won’t bother you with the paper trail, but just take a look at this CDC Respiratory Protection Infographics page and notice not a single statistic (other than an N-95 mask removes up to 95% of airborne particles) exists.

So where do I go with this article? I have absolutely no idea. All I can do is inform and point out the inconsistencies and illogical and unscientific approaches to what has become an incredibly inconsistent and political CDC; something that is not what or how the CDC has ever, not my knowledge, been.

I have reached out to the CDC for comment and explanation of its scientific basis and inconsistencies. Should I get a response I will most certainly let you know.

Do you have questions or wish to discuss COVID-19 and its effect on travel? Give me a call, drop me an email or send me a Facebook message!

All Posts »
PrevPreviousWhat Does the CDC and the Media Have Against the Cruise Industry? Facts Should Matter…Egos, Hype and Ratings Shouldn’t
NextMaking Waves Lands on a New ShoreNext
Play Video