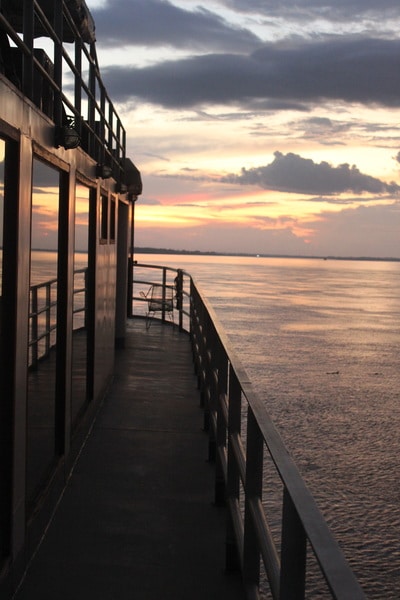 I know everyone, including me, is excited for a number of reasons: The vaccine(s) is (are) finally here; the politisation of wearing masks seems to be lessening; the experts say that by the late spring or early summer we may well be returning to some sort of normalcy; and, the cruise industry is working hard to get us back on the ships.

And next week will be starting the annual WAVE season with the cruise lines rolling out sales and special deals (though quite a few are just repackaged offerings) that Goldring Travel is enthusiastically waiting for your calls and emails about. 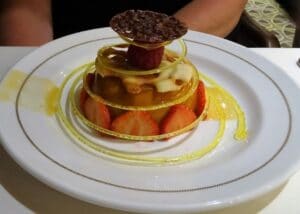 The question everyone is facing, especially with the rolling “pauses in operation”, that tempers some folks is “When do you think cruising will actually start in earnest.”  Personally, I believe, what I have said for months now: The first quarter of 2021 is iffy, but the second quarter of 2021 is looking very promising. However, it will not be an “off-on switch”, but more like a gas peddle, safely starting out slowly and then increasing in speed, eventually being exponentially faster by Summer 2021. 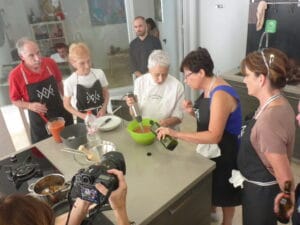 The reasons for this are not limited to Covid-19, but getting crew back, getting the crew onboard, retraining the crew, organizing provisioning, coordinating with the various countries and ports visited, etc. Just on the issue of provisioning – something most of you probably didn’t think of until now – much of the provisions are sent via containers by ship and others don’t have long shelf-lifes. Couple that with supply chain issues (issues that are only first starting since we have been, in many instances, purchasing goods that have been ordered and warehoused for months) and it could be one of the biggest issues that delays startups.

While I am sure many guests would be happy to give up having a wide variety of breakfast cereals and a lesser selection of including wines just to get back on the high seas, there is a limit to acceptable compromise…and not only by you, but the cruise lines!

But…and it is a big “but”…the U.S. Centers for Disease Control and certain politicians remain hell-bent on damning the cruise industry with scientifically unsupported claims of it being a danger for the spread of Covid-19.  Without repeating my prior articles, it is extremely similar to the previous hysteria regarding norovirus. And, to be sure, as a moderating measure for thought: The rest of the world is not as fixated on damning the cruise lines, but rather see them as vitally important to the multi-billion dollar travel industry – from suppliers to local vendors, a key employer and, of course, an incredible resource to improve the now-stressed emotions of the world’s populations. Oh, yeah, and a number of cruise lines have been operating safely over the past months. (BTW, you hear through the media about a few seemingly positive Covid tests, but what you don’t hear is that in most cases they are false-positives with subsequent tests coming back negative.) 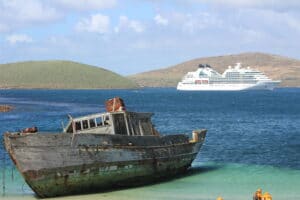 Digressing to briefly discuss the CDC and media hype, a quick look back at norovirus (though Covid-19 most certainly is more concerning than norovirus, but the analogies are important), the claims were that cruise ships were essentially “THE” place one would be infected with norovirus when, scientifically and statistically nothing could be further from the truth. According to the CDC, “From 2008 to 2014, 74 million passengers sailed on cruise ships in the Vessel Sanitation Program’s jurisdiction. Only 129,678 passengers met the program’s case definition for acute gastrointestinal illness and only a small proportion of those cases (1 in 10) were part of a norovirus outbreak.” In other words, less than 13,000 of 74,000,000, or 0.02% of people who cruised caught norovirus…and those may well have started off the ship from people insistent on going on their vacation or from dining off the ship and then not properly washing their hands.

The CDC, however, in another article intentionally improperly colored its conclusion, “However, norovirus outbreaks on cruise ships account for only a small percentage (1%) of all reported norovirus outbreaks.” by prefacing it with a claim that 90% of diarrheal disease on cruise ships is norovirus-related. In other words, rather than referring to that first article or saying it relates to only 0.02% of the cruising population or that it represents only 10% of those with “acute gastrointestinal illness” (which the CDC says usually includes diarrhea) it finds a way to use a very misleading 90% figure…which will, of course, jump out at you!

So now we are faced with the same CDC singling out cruise ships while allowing airlines to have passengers packed into aircraft for many hours at a time (even short flights of 2 hours have boarding and deplaning times) after wandering through airports and waiting in these enclosed spaces for hours standing in line at ticket counters, security lines, lounges, gates, and baggage claim.

So why the prejudice?  I believe it is, as with norovirus, on a cruise ship you can identify the location someone contracted it (if not from what) and isolate the person and those in contact with him (as SeaDream Yacht Club successfully did) whereas if you are on a plane or airport the contracting person disperses so quickly it is essentially impossible to quickly track. In short: Emotions and Headlines versus Science and Statistics! 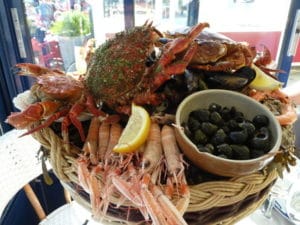 OK! With my rant out of the way, and hopefully you being a bit more informed and able to look at cruising more as an incredibly safe way to travel (especially as compared to many others) and stay , knowing testing is getting faster and better every day, the vaccines are here and more are coming, and so are some pretty sweet deals designed to get you back on the ships, LET’S GET EXCITED! 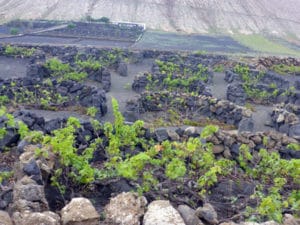 Yes, the next months will be the darkest we have seen with Covid-19 infections and worse rising significantly, but things will get better. There is nothing we can do about the missteps of the past months by many not wearing masks or properly social distancing as science has said we needed to do.

But what we can do is move forward, get the vaccine, continue to mask up and keep our distances, plan for the vacation that is oh so needed, and then BOOK IT! 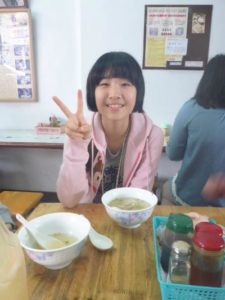