I wondered when I decided to accept Chimu Adventures’ invitation to experience the Ocean Endeavour and its partnership with Intrepid Travel how it would affect my relationship with Antarctica and, honestly, if I would equally or more so embrace this place I love or if the lack of some of the polish and extras would bother me in some fashion. Fortunately, I am finding a really good fit with a back-to-basics sort of energizing.  But, alas, all is not “basic”…and I think that just may be where the magic lies! 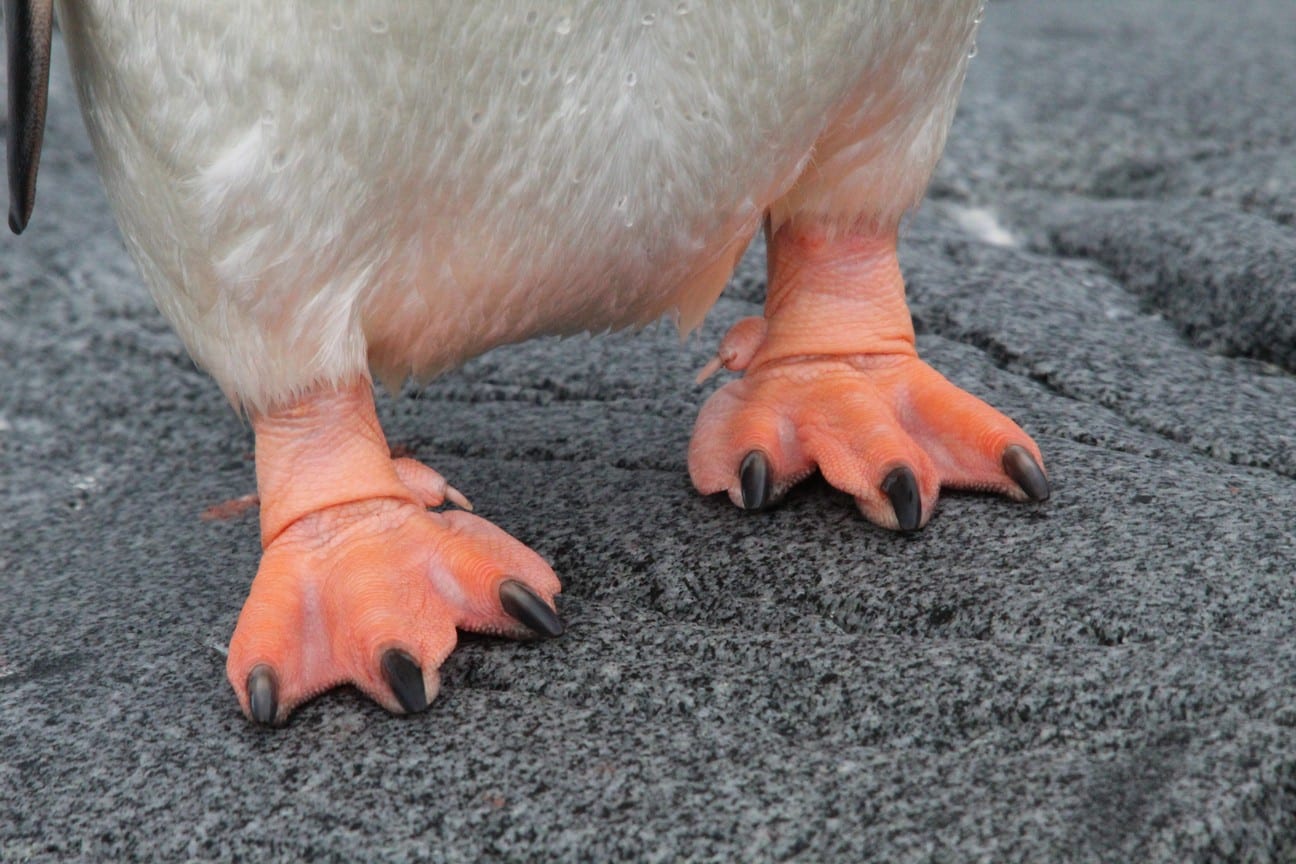 The beauty of Ocean Endeavour and the Chimu/Intrepid experience is that her beauty is anything but skin deep.  As I have mentioned, the ship is old by most any modern measure and, while it does have a good number of creature comforts (saunas, hot tub, pool, spa), it is pretty much a basic ship with mostly small staterooms (many with portholes that are closed crossing The Drake Passage), and limited facilities and public spaces. 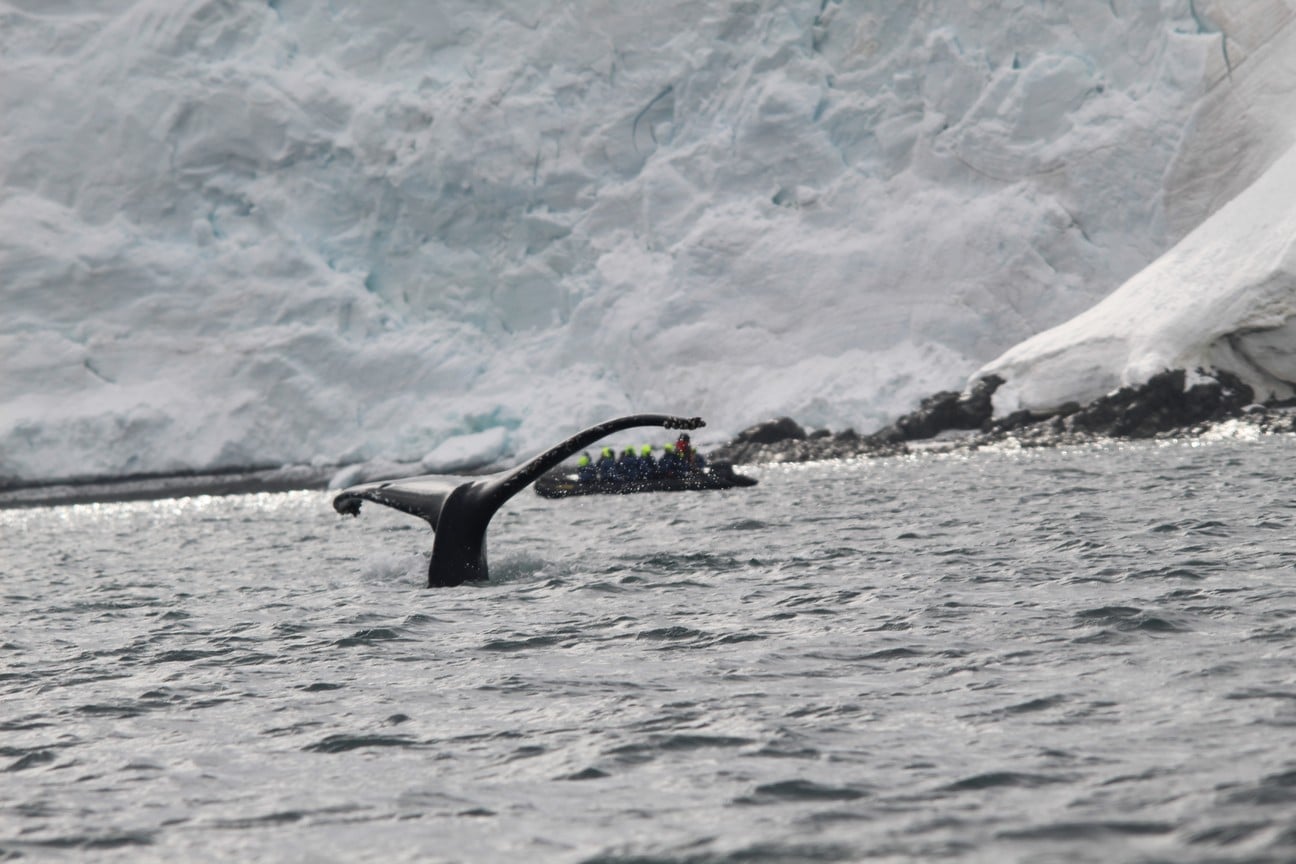 But…and it is a big “but”…the expedition team is energized, knowledgeable, significant in size and diversity, and engaging. Add to that the Photography Program (an extra $1,400 cost) is unique and, frankly, pretty darn impressive. In fact, we have done some landings that I know would never be attempted by the more luxurious expedition ships or those with less competent expedition teams. More on that later!

It is also worthy of note that the focus of the expedition is to get you out into Antarctica as much as possible. There are, as per usual and weather dependent, two expeditions a day. The regulations require no more than 100 guests onshore.  On Ocean Endeavour the Chimu/Intrepid team uses the limitation to the guests’ advantage: 100 onshore and 100 in the zodiacs for an hour or so…and then switch!  Hence, rather than the more typical 100 guests ashore while the other 100 wait, everyone gets a full morning and afternoon on expedition both with landings and zodiac cruises…or extended zodiac cruising if there is no landing.  On average (and leveraging the photography program’s status as “First on land and then take as long as you wish in the zodiacs”), I am spending 5+ hours each day out in Antarctica…and then there is all the time out on deck on the ship. 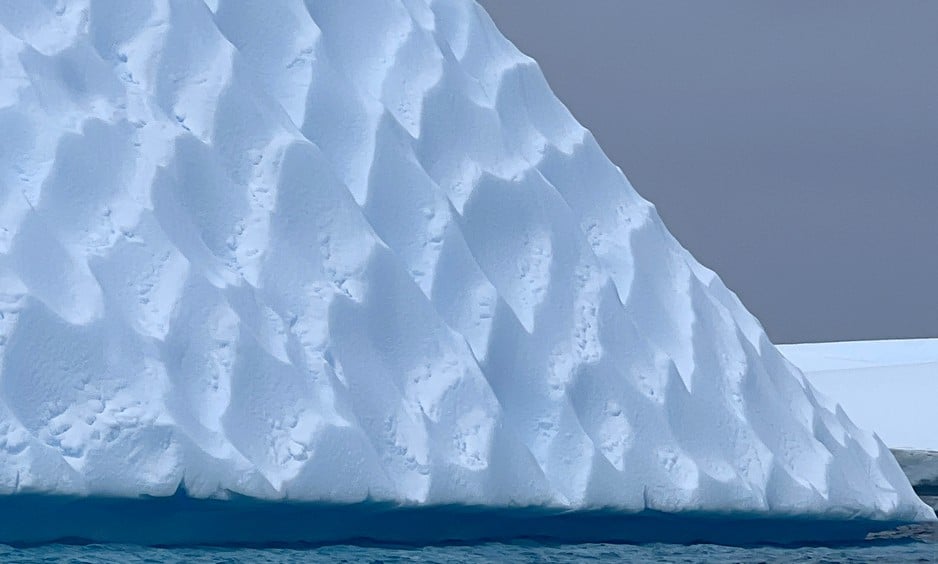 The cross-section of guests is also very interesting. From a group of 25-35 year old hostel travelers from all over Europe taking advantage of last-minute bargains on any ship heading to Antarctica, to those who have had their well-planned trips delayed for years due to Covid, to retirees (many from the UK and Australia), to highly educated and driven professionals that just have no interest in bougie, to solitary individuals (and I mean solitary, not just single), it is hard to target exactly what the target demographic is…other than everyone on Ocean Endeavour truly wants to be in Antarctica for Antarctica. 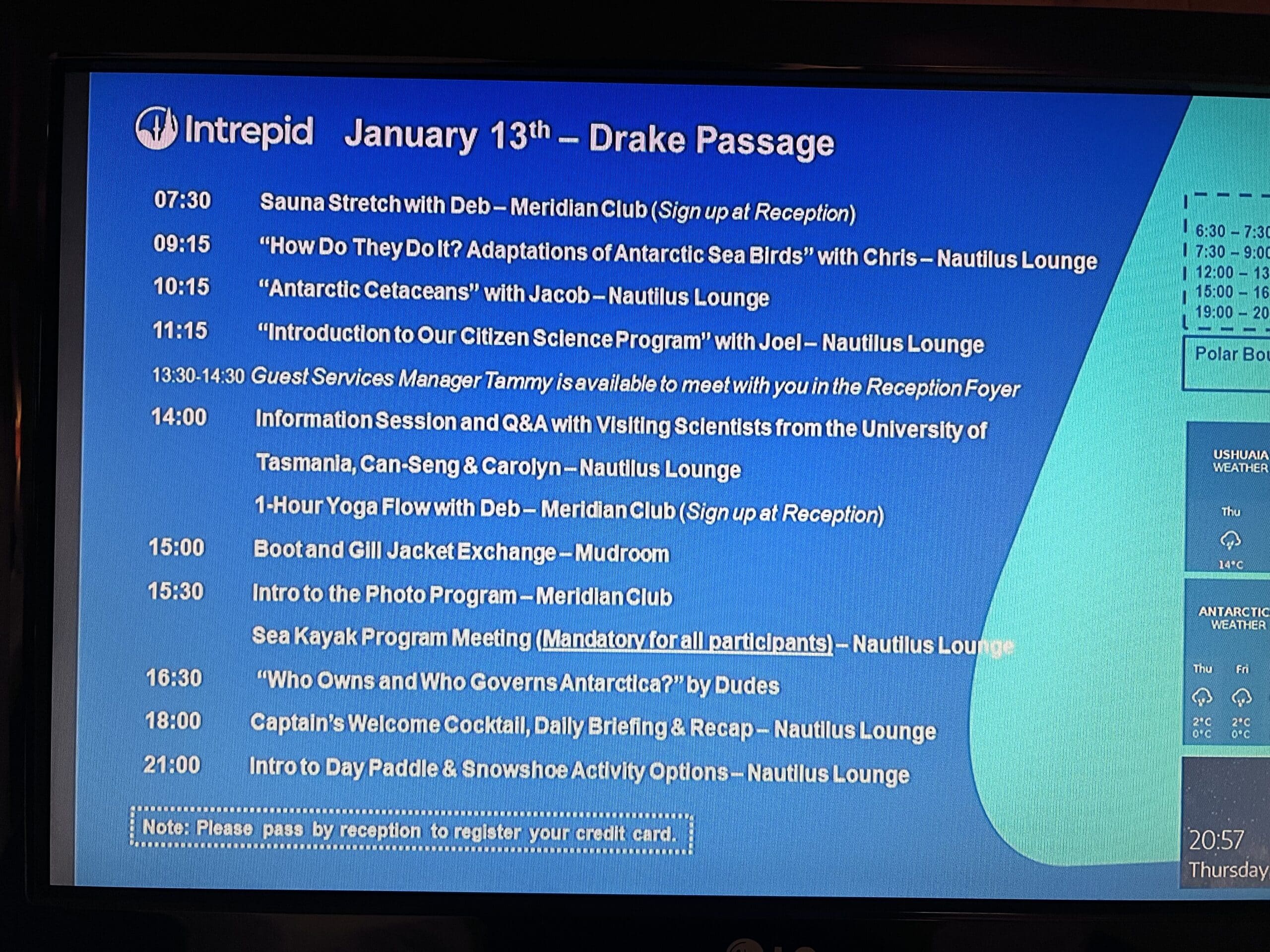 The strength of the Ocean Endeavour expedition experience starts with a well-planned and executed lecture series. The first three were, to my mind, perfectly timed: Ocean Birds, Whales, and Geopolitics of Antarctica and are given by team members that really know the subjects rather than were tasked to give the talks.

For example, the historian is John Dudeney (“The Dude”…but without White Russians – for those that know. LOL), a true Antarctica legend with 56 years of experience in Antarctic affairs from scientific research to international governance of Antarctica; having been awarded the Polar Medal in 1976, published books on its political history and more. He is also just a delightful person to chat with.  (I was on another expedition recently that essentially ignored what I call the “Exploration, Exploitation and Politics of Antarctica”.  I believe this is essentially not only to appreciate, but to understand the urgency of protecting, this place.)

Chimu has provided three Australian speakers. Two are apparently famous former television presenters and one is a photographer of some renown.  I think Chimu did a good job in identifying folks that should present very interesting talks, but the couple  have, unfortunately, at the start let both Chimu and the guests down.  That said, I have had some wonderful chats with the photographer out on deck and he is both friendly and is personally impacted by Antarctica. He agrees, it is not just about getting a great photo and some places are just too overwhelming to capture in one!

As for the onboard experience, breakfast is buffet with an omelet station. Lunch is buffet with a carving station (roast chicken, veal shank, etc.) and dinners are a combination of plated or buffet (activities dependent). The offerings at lunch and dinner are culturally diverse, but more along the lines of sustenance rather than a culinary adventure. But one isn’t on Ocean Endeavour for that.

Even though meals are generally buffet, more servers are needed for better providing of water, coffee and condiments.  I feel that most are unenthusiastic and just do their job. It makes those that are good truly shine. (I would note that the desserts are, shall we say, “unique”.  I have seen colors not seen in nature and experienced flavors akin to pink hand soap and toothpaste, and textures that are, well, creepy. Alas, dessert is more of an amusement than a negative to my mind.)

There is a full, but limited, bar with, again, a limited number of, but incredibly friendly and personal, servers. While I have taken advantage of some wine packages (and some of those wines haven’t been cared for as they should, and are overpriced but for purposes of this expedition, shall I say “work”) and a collection of local and brand-name beers.  The definite beverages of choice among the majority of guests are tea, coffee, and water with few opting for any extra-charge items such as espressos or cappuccinos.  (You can bring your own wine onboard if you wish…and do bring a water bottle as there is no water – other than tap water – provided in your stateroom.) 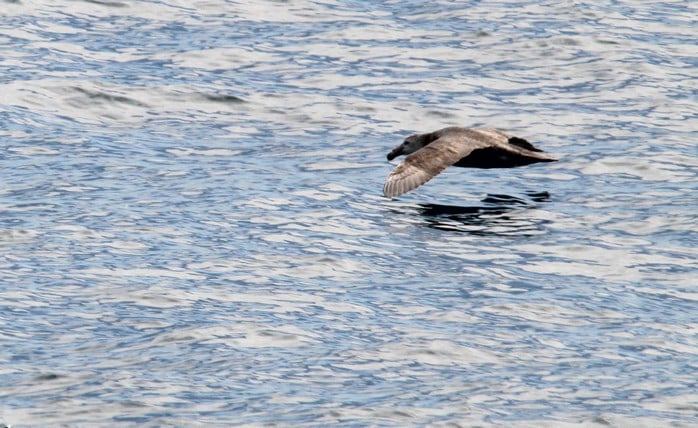 Intrepid is known for its environmental consciousness.  While Ocean Endeavour clearly is anything but the most environmentally friendly of ships, Intrepid invests in the use of higher quality fuel to reduce pollution, double carbon offsets (though I generally have my reservations as to what carbon offsets actually accomplish), you won’t find any plastics and very little paper onboard, and, in a consistent fashion, your towels (which are of decent quality) will be clean but not bleached pristine white and tablecloths are not changed (or ironed) between meals.

There is an excellent Citizen Science program that is more than marketing. Guests are invited to participate in studies of birdlife, whales (happywhale.com) clouds, phytoplankton, water quality and more. And the program is shared during presentations with the guests. There is also a good bit of discussion about becoming an Antarctica Ambassador. 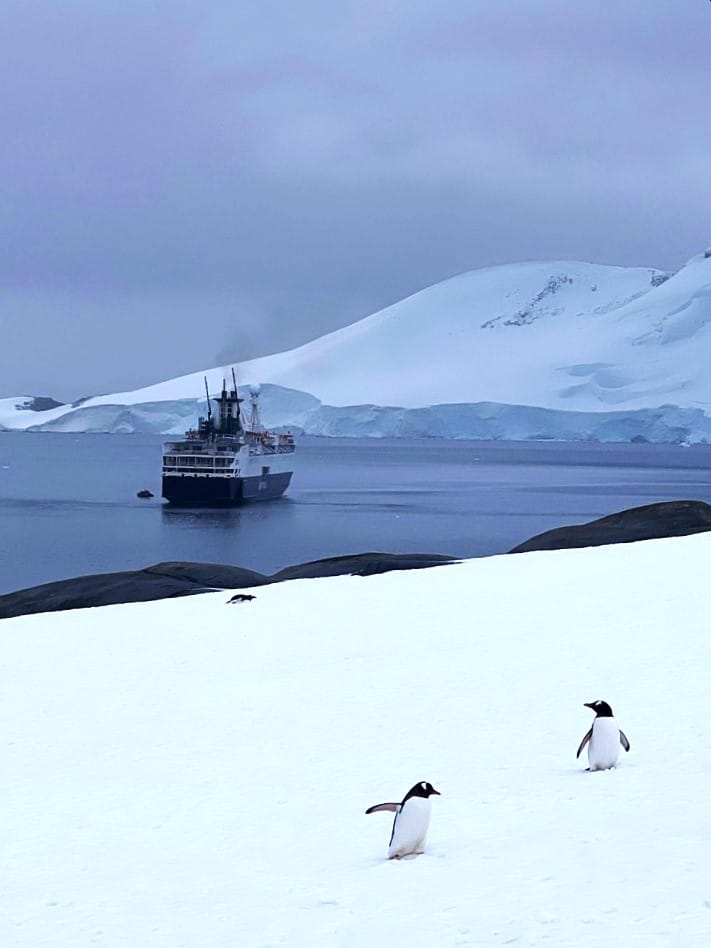 I had concerns over how Ocean Endeavour would handle the Drake Passage. She did fine and made good time. Yes, she rocked a bit more than if she had a modern hull and better stabilizers, but she was steady and handled a pretty moderate sea well.  Stepping forward, when it became a bit more of one on the return, with 25+ foot seas, she was pretty sloppy and things were flying everywhere. In fact, as I was trying to write and post some of my articles (the internet has ranged from terrible to non-existent with its old system), I literally flew across my stateroom while seated in my chair! Yes, put my computer on the floor and kept it there for a long while.)

That made me wonder why it was announced we would have two full days at sea when I knew it could be done in one and a half. While the driving force was avoiding a large weather system, the reason was because rather than starting up in the South Shetland Islands, as is normal, we headed south…in fact, as far south as ships normally go on these shorter expeditions (10-12 days). The result as been a truly fantastic start to our time on the frozen continent! 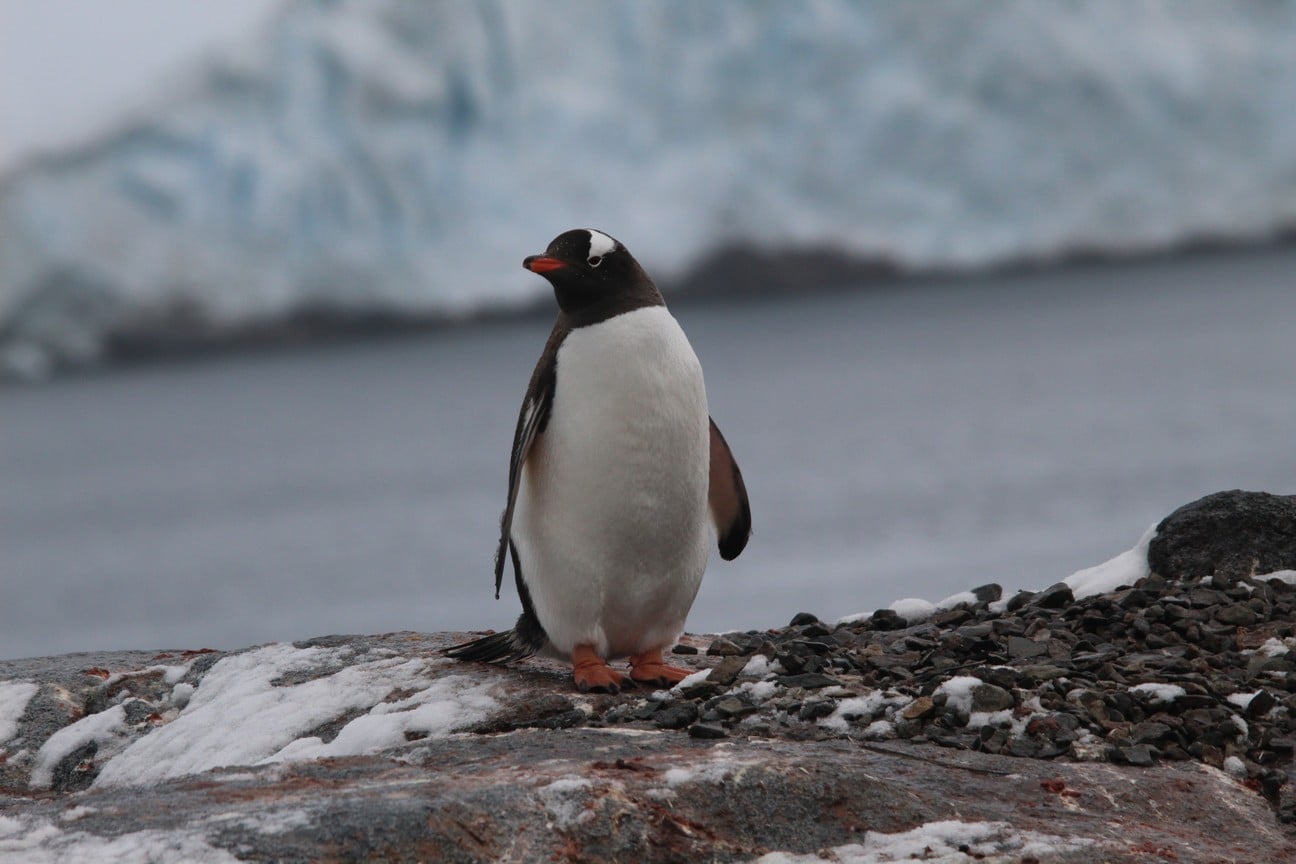 Our first landing was south of the Lemaire Channel at Pleneau Island and then to one of my favorite landings: Petermann Island…where Gentoo penguins were plentiful (as now seems to be the case this far north in Antarctica) and a couple of Chinstrap and Adele penguins made an appearance. 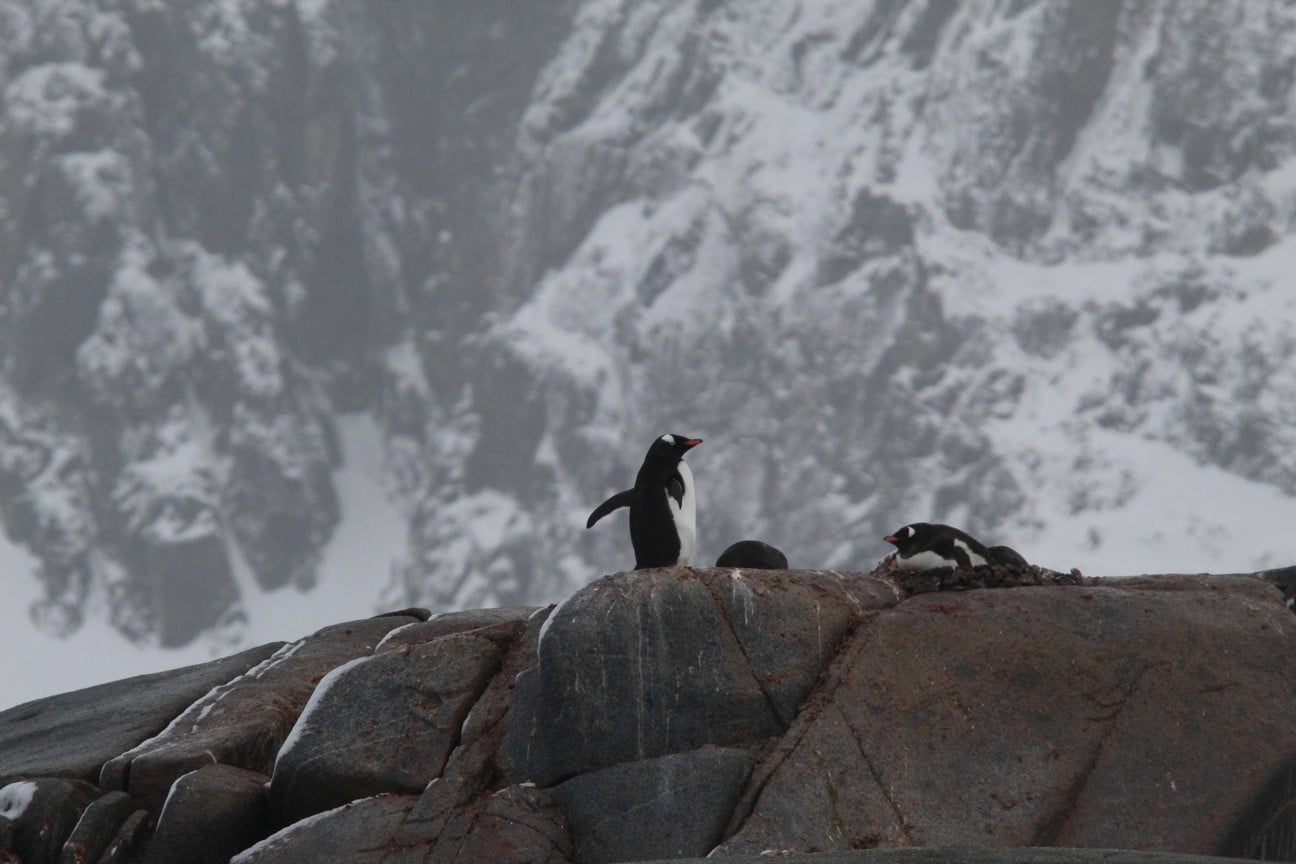 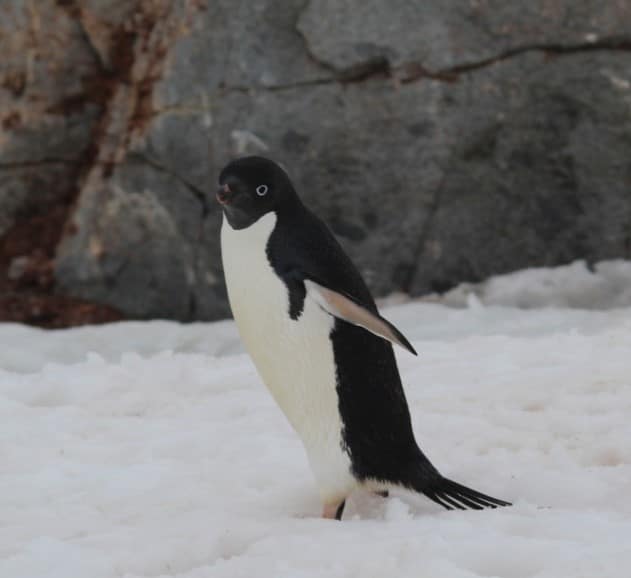 (Unfortunately, due to a combination of tourist pressure and scientific research, my favorite part of Petermann Island is now off-limits).

Further front-loading our experience Ocean Endeavour on the first full night in Antarctica offered high demand camping on the ice (on Petermann Island) I opted to stay on the ship and boy was I glad I did!

There are a few of “The Moments” and I had one. Someone yelled, “Orca!” and a number of us raced to the stern of the ship.  I had seen orcas before, but never this close. It was a pod or pack, young and old, numbering about 10 or so.  The power of the sound from their blows were not the gentle ones of a humpback; they were aggressive and making a statement; a statement of the hunt! It was truly felt, not just heard.

To me it was similar to the first time I heard a male lion roar and felt the power more than heard it.

But that is not the end of the experience by a long shot.  Nearby was a mother humpback and her calf. The orcas were working to separate the calf as if they were on a hunt. But we (including the expedition team) could not figure out if the orcas were actually hunting the calf or if they were teaching the younger orcas how to hunt.

Speaking of shots, while I did grab a few photos with my phone, there was no way I was going to run back to my stateroom to get my camera or to otherwise have my camera interfere with my taking in this incredible moment. 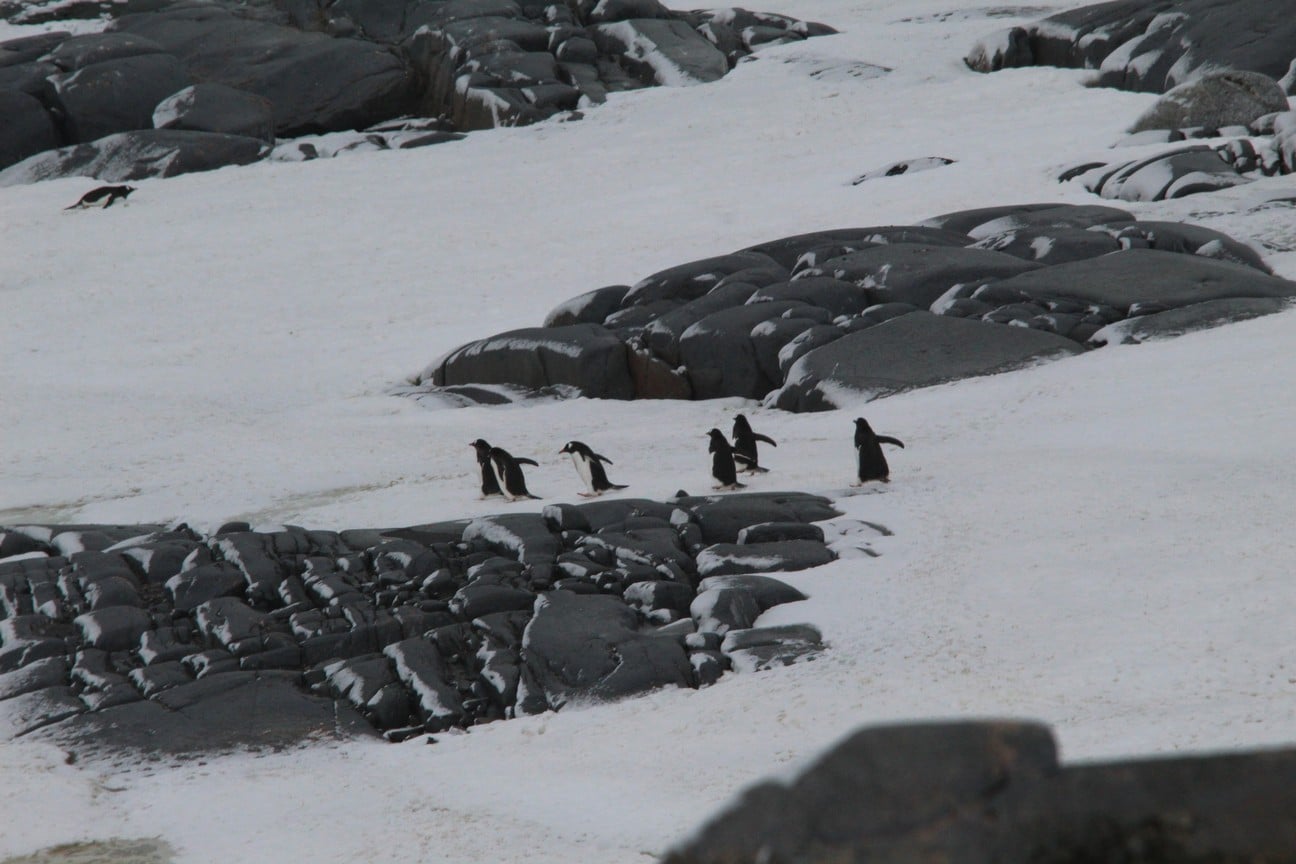 Later in the evening, around 11:30 PM some humpback whales appeared on the port side and were using a combination of bubble feeding (where they, in a cooperative effort, release bubbles to herd krill and then rise in the middle of the bubble ring to capture them), lung feeding (where they individually rise head-first out the water gulping huge quantities of krill and water), as well as their “ordinary” feeding with repeated dives coming to the surface to breathe.  It was just a joy watching them…and, again, I wasn’t going to run for my camera, but rather chose take a few quick photos with my phone and just soak it all in.

Not bad for the first day in Antarctica…and Day Two was pretty special, as I will discuss in my next article.