I receive a number of newsletters that distribute website articles relating to cruise line industry news. One website that posts regularly is the law firm of Walker & O’Neill; which specializes in making (or is that seeking?) claims against cruise lines.

As a maritime attorney myself, I read their articles (or is that advertisements) sort of like a moth being attracted to a light bulb:  I just can’t help myself.  And invariably I read about possible claim after claim that I (and therefore they should or must) know are frivolous.  (Yes, on occasion they do handle a claim with merit.) 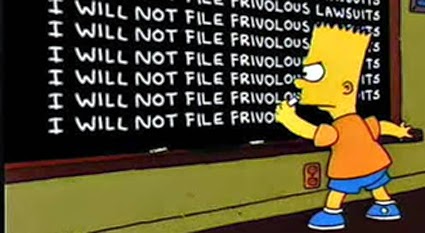 They even have an app which encourages you to make claims through their firm, regardless of the facts that you probably will not recover anything on the vast majority of the prospective  claims and that if you do recover the amount will be minimal.  And for that you get yourself fired up as you diminish or destroy the cruise vacation you spent thousands and thousands of dollars to enjoy yourself on.  (I do not consider that to be a service to you; quite the contrary.  I see it as an effort by that firm to transform your cruise into a possible payday for them…at your expense.  Hence, this article.)

Many people like to think that cases filed against cruise lines are frivolous, or silly, or filed just for the purpose of trying to get a free cruise and will result in higher cruise fares. Hardly.

Some of the cases which we file reveal the cruise industry at its absolute worst.

Guess what?  I am one of those people and have been taking aim at Walker & O’Neill as of late; not only because some of their claims are, to my mind, frivolous (and embarrassing to me as a law professional), but because they appear in my opinion to be bad faith efforts to cast cruise lines in a false and bad light.

And, I must point out, it is the third sentence that “reveals” (using their words) that they are the legal “industry at its absolute worst”.

Why?  Because the statement should say “Our cases” or “Most of the Cases” or “Many of the cases” which they file reveal something.  Instead they use the word “Some”.  How about “A few”?  Is that any different?

For example:  You fall down the stairs, trip on a threshold or slip by the pool.  In theory there might be some…and I mean a very modest amount of…merit to the stairs or carpeting or pool deck having a design defect, but the cruise lines (just like every hotel, restaurant, movie theater, etc.) have no obligation provide the best design, but one that is reasonable.  And then there is the issue of damages: Absent some serious bodily injury they would be minimal…and if you add your potential negligence – whether it be not holding a handrail or having a cocktail or being distracted so you tripped, etc. – that recovery will probably be drastically reduced or eliminated.  (In many instances if you are 50% or more at fault you receive nothing.)  And let’s face it, with millions of passengers cruising every year and only a very limited number of successful claims made, practically your  chance of recovery is extremely small.

But the article goes on to give examples of some of those “worst” cases:

While there is no question that there have been instances of sexual assaults not being handled correctly, that is not a cruise industry issue, but a global issue.  Without regard to whether they won or lost any such cases (they don’t say) the fact of the matter is we have read about this problematic issue in the military, in hotels, at colleges and even in our neighborhoods.  Yes, there needs to be serious improvement and, fortunately, in the past decade there has been a good bit.  But to promote you law firm by implying this is somehow purely a cruise industry issue or they are somehow now at the forefront of this issue is, in my opinion, simply wrong.

The second case allegedly showing the cruise industry at its worse, is another example of a global issue, rather than a cruise industry one.  How many of you have watched television and seen attorneys advertising their services for people that have inhaled asbestos while working in various industries? The fact is asbestos is present in the engine rooms of many older ships (just like it is in many older factories and homes) and people can suffer from cancer through exposure to it.  The issue, which Walker & McNeill apparently left out of their above pitch is that many cruise ship workers had jobs before and/or after working on cruise ships so it is extremely difficult to determine if the worker’s asbestos-related illness is actually associated with the cruise line.

Think about it:  In some of the third world factories where asbestos is present the care to wrap or seal it simply is not present.  So does the cruise line just open its pockets to every worker who steps onboard who becomes ill or – as is the norm with land-based claims – does the worker need to establish the cause of his illness was the cruise lines?  And if the cruise lines did, would it not have to do the same for you, the passenger, because you took a cruise on one of its ships…after spending years in a factory that was riddled with freely exposed asbestos and the reality of it is there is a very low (or no) possibility you contracted it onboard?

The point is that while cruise lines are not infallible and do some things that might well expose them to liability, the reality is that in the vast…and I mean vast…majority of cases the cruise lines get it right.  And when they don’t, as we have all seen, they work very hard to improve their practices to do it even better.  But, alas, there are some times when there is liability on the part of the cruise lines and they should be held accountable.

However, if Walker & McNeill feel it ethically appropriate to hawk their services by pulling out those very few cruise line cases without balancing them against all of the cases that have come through their door as a result of their advertising which they have either advised there was no claim or was a claim with no or little economic benefit or, heaven forbid, a claim which they lost in court (and there are many of those), I let you make your own determination as to whether you want to believe them, let them change the focus of your cruise vacation or, possibly, even use them.

But I leave you with this:

When a law firm feels compelled to defend itself against the perception it is bringing frivolous claims there must be a reason the perception exists.

There is a simple concept in the law that applies in a number of negligence cases: