What is up with Carnival Corp and Its Offloading Ships? Good Things! 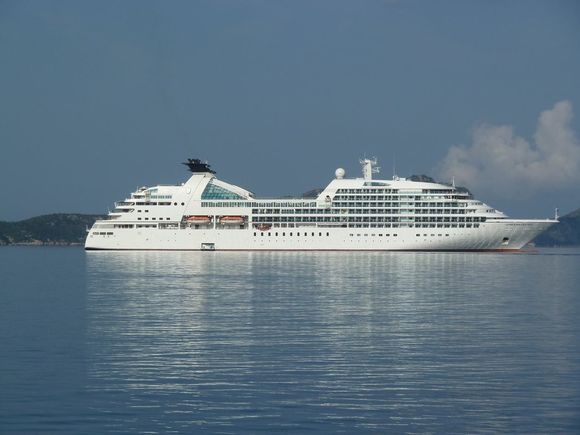 Back in July 2020 I wrote an article about Carnival Corp, the parent company of Seabourn, Holland America, Princess and many other lines, offloading a number of its ships:  Seabourn and “The Thinning of the Herd.” I offered up that the cruise lines were basically operating older ships because they had them, and were relatively cheap to operate but nonetheless were not terribly profitable.

Many others in the travel industry were panicked, or better, caused panic by focusing on the loss of their favorite or some other somehow beloved ship or class of ship. This boggled my mind and frustrated me. Heck, how many people cried at the phase out of the Boeing 727 or the Lockheed L-1011? (The former was sooo loud and uncomfortable and the latter had overhead bins from hell, among many other shortcomings.)

This week it was announced that Carnival Corp was increasing its efforts to rid itself of ships; increasing the number to 18.  Buried in most of the news reports, but noted in its SEC filings was these important facts:

“In total, the 18 ships represent approximately 12% of pre-pause capacity and only 3% of operating income in 2019…We are accelerating the exit of 18 less efficient ships from our fleet…while retaining the most cash generative assets in our portfolio”.

One question I don’t have the answer to, but wonder is, if the income generated from the sale of some of the ships is greater than the net income they would have generated?  But there are some interesting figures which we can look at in a rather simplistic, but still relevant way.

According to the SEC filings as analyzed by Cruise Industry News, those 18 ships generated $98.3 million in operating income (or $5.46 million per ship on average) while the remaining 87 ships in the Carnival Corp fleet generated $3.2 billion (or $36.78 million per ship). CIN also estimates that those 18 ships accounted for 12% of Carnival’s operating costs and their elimination saves approximately $2 billion. (I believe that is overstated, but you get the point.) Hence, CIN continues, if Carnival offloaded those 18 ships in 2019 its operating income would have increased from $3.2 billion to $5.4 billion!

One thing I do know is that one of my pet peeves is being addressed: The significant inconsistency between ships within the same cruise line. Diversity is fantastic, but with there being overall consistency. You want to know when booking a cruise with a particular line that you will have a certain style and amenities. On Holland America, Princess, Carnival and – including the Royal Caribbean Group – Royal Caribbean, you really need to know each ship to understand what you are receiving. This not only makes it more difficult when booking a cruise, it makes it more expensive for the cruise lines to operate the inconsistent products.

It does another things, as well. The more modern and consistent fleets will eventually (post-COVID depression of the industry) cause the bargain-basement pricing used to fill the old ships to be eliminated and, thus, cause profitability to rise for not only the cruise lines, but the travel industry as a whole while improving the guest experience and, thus, increase demand.

So while those guests that have been focused on cruising only if there was a ridiculously low price will not be happy, the vast majority of the guests will find an improved consistent product that will actually not be more expensive – other than if demand increases – because their cruise line of choice just became more profitable!

I did not want to end this article on Carnival Corp.’s offloading of ships because new ships are coming.   Just yesterday the first steel was cut for the sister ship to the Seabourn Venture. Carnival Cruise Line has two news ships coming, Cunard has one, as does Disney. Celebrity has another. So does Royal Caribbean. And the list goes on.

I also wanted to mention that there are cruises now successfully operating. The list is small, but growing and it appears to be successful. With testing, logical precautions and monitoring becoming the norm (finally!) the optimism not only within the travel industry, but consumers is rising. And so are the bookings!

Interested in a cruise? Give me a call, drop me an email or send me a Facebook message!

All Posts »
PrevPreviousSeabourn Delays the Seabourn Venture, Cancels Seabourn Quest’s Antarctica 2020/2021, and Seabourn Ovation/Encore Sailings Until January 2021.
NextConcerned About Traveling Too Soon by Cruise Ship? Take It From “The Cruise Guy”: Land Travel is a Great Option!Next
Play Video