After Seabourn’s No-Class and Unwarranted Breakup, Is Goldring Travel The Most Eligible Bachelor in Travel?

Originally I was going to write an article detailing what I see as the illogical, vindictive, and unethical conduct of the executives, such as Josh Leibowitz and Steve Smotrys, at Seabourn.  But I have found that really isn’t necessary…at least not right now.  Why? 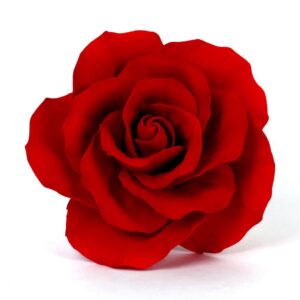 Because the outpouring of support from both clients and the travel industry after Seabourn blacklisted me has been overwhelming. As a person at a cruise line that competes head-to-head with Seabourn said to me, “You are the Eligible Bachelor in Travel!”  When I said this to another cruise line one person responded, “I would like to give you this rose!”

Speaking of giving, everyone’s words of encouragement, appreciation, outrage, incredulity, but especially warmth and support, are more than appreciated. They are inspiring and also cement into my essence that fair and tough honesty bespeaks integrity and rises above the pettiness and vindictiveness of those who intentionally seek to cause injury to me in a failed effort to hide their flaws, missteps, insecurities, etc.

Many have canceled their Seabourn cruises because they don’t want to do business with a company that acts so improvidently.

Others, who considering Goldring Travel to be an integral part of their travel experience are now saying are no longer “only Seabourn” and will sail other lines I recommend.

Yet others have asked about recommendations as they don’t want to deal with Seabourn directly.

Some are still sorting out what to do.

But – and it is a big one – NONE have said they don’t want to continue to use Goldring Travel or have expressed a belief that I have done anything wrong!

As I mentioned the outpouring of support from the travel industry has been amazing. If there was ever a time for an industry to turn its back on me, this would be it, right?  I mean there just has to be something when the World’s No. 1 seller of Seabourn cruises, its most loyal advocate for 20 years, and its social media maven is dumped and basically slapped in the face, right? Wrong!

Many have reached out to me and not a single person – even for a second – has questioned my integrity, my good faith, my business practices, my ability to sell their products or, most importantly, my ability to work with them. They all accept there is going to be a bit of “Jersey”, but that is just me doing the best for my clients and, of course, for the product. Why? Because I care!

So with that since Seabourn’s announcement the following has happened; all of which will be detailed in later articles:

I mean it has only been a few days, so who knows what will happen next…other than Goldring Travel, as the Most Eligible Bachelor, is truly enjoying having its Dance Card filled with nice, enthusiastic, clients and partners who aren’t afraid of what or how I may say things, but rather appreciate that it may be a bit different but always with a common goal.

Goldring Travel remains what it has always been: A Top Luxury Travel Agency that will always do the best for its clients…even if it makes a cruise line executive upset and hurts his feelings.