French Polynesia on the Windstar Star Breeze (January 2022) – Part I

It has been years since I have been to Tahiti and the rest of French Polynesia; 2007 to be specific. My experience back then was on the then Regent Seven Seas Paul Gauguin as both the host of an Ensemble Travel Group sailing and the father of two young children (and my ex-wife). Paul Gauguin (2007)  This time I am going on Windstar’s Star Breeze (the former Seabourn Spirit) solo…with no obligations to guests or kids.

Windstar has a significant presence in French Polynesia with its more casual sailing yacht, Wind Spirit, essentially cruising there year-round. The Wind Spirit is a 148 foot ship with porthole staterooms and is the classic Windstar “180 Degrees from Ordinary”.  I sailed on her big sister, the Wind Surf, and really enjoyed that experience, but…C’mon I am a huge fan of the former Seabourn triplets; especially since they have been stretched and refitted literally from top to bottom, stem to stern. See Windstar Star Breeze Inaugural: Part Deux – II. Getting There, First Impressions, The Suite and Caudro 44

Especially with so many of the Windstar executives having come from Seabourn there is an ethos from the beginning to the end of a Windstar cruise experience that is, well, just plain nice, guest-oriented and harken back to the days of “You can’t say No.”  No need to wait for that experience until you board the ship. It makes a huge difference when you can board relaxed and already feeling cared about and for. 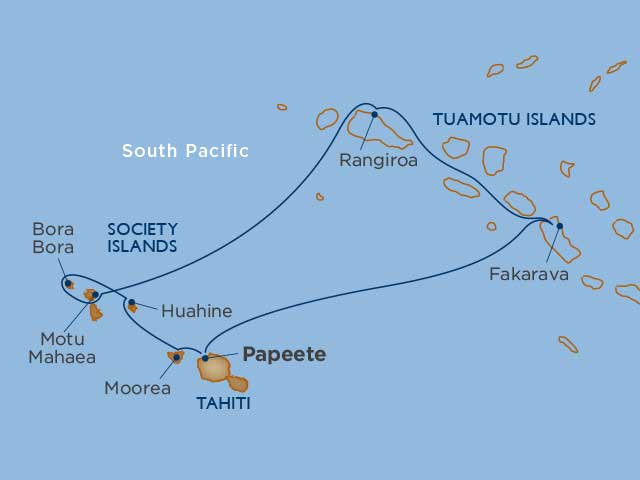 On this 11 night cruise, there is a nice combination of two overnights (Raiatea and Bora Bora), two sea days and islands that offer snorkeling, diving, e-bikes, jet skis, culture and, well, the expected touristic options…oh, yeah, and beach! Windstar includes a Celebration Festival during the overnight in Bora Bora, but more on this evening event during the cruise.

For me I’m probably going to be in the water or on the beach…not having to host a group or entertain my kids.  (I will be working throughout the cruise…I promised!)  Seriously, Windstar provides everyone with their own snorkel, mask and fins for the duration of the cruise, Fakarava has been designated a UNESCO biosphere for its rich marine life, drift snorkeling is almost like meditation, one and two tank dives are offered (as is an introduction to scuba) and if you are into sharks there are plenty of peaceful ones…and if you are lucky manta rays too. 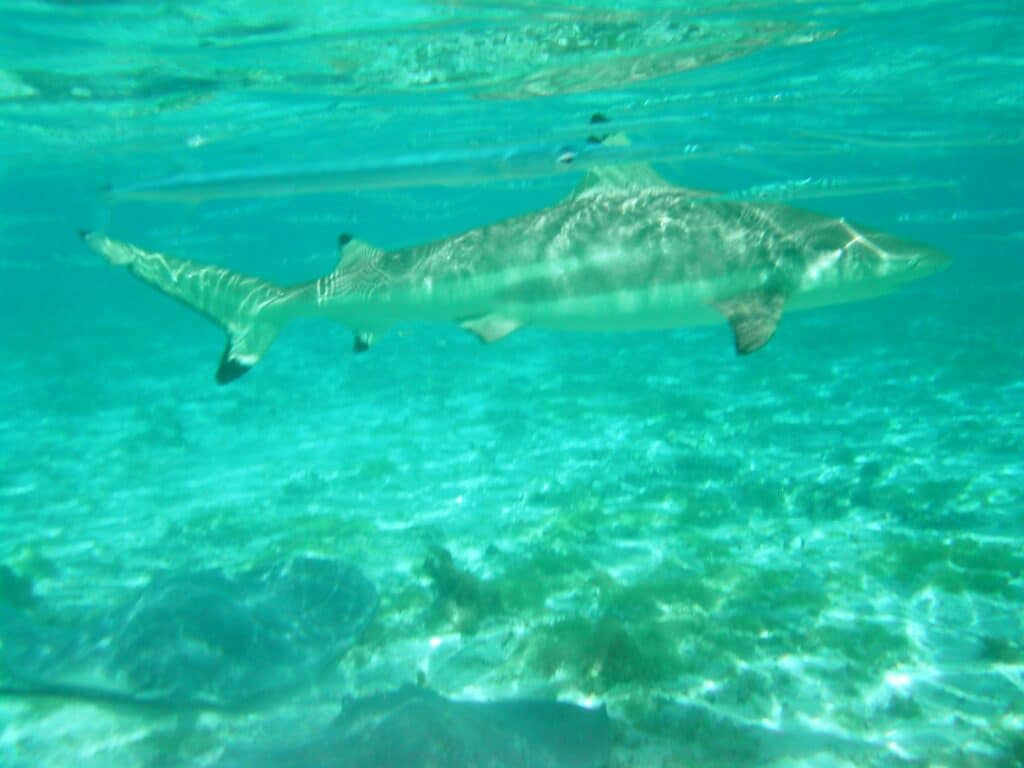 It winds up that this Tahiti cruise is easier and less expensive for me to get to than my June 2021 Caribbean cruise on the same ship. I have one-stop air (Reno to San Francisco to Papeete) each way for only $1,095 roundtrip on United Airlines. As a Million Miler I receive Economy Plus seating (Bulkhead/Aisle) for the almost 9 hour flight and I will use my membership in the United Club for my layovers in SFO and the airport lounge in Papeete upon my return.

Because of evening landing times for most flights, same-day boarding of the Star Breeze generally isn’t possible.  There are very early morning arrivals, but do you really want to waste the first day sleeping off your flights?  Either way, combined with my usual recommendation that you arrive a day early to avoid any travel issues, a hotel stay is recommended.

My last visit included a few nights at the Intercontinental in an Over the Water Bungalow for three nights. Yes, they are expensive, but YES they are worth it!  However, on this journey, I am going a bit more practical for a solo traveler.

Using my American Express Platinum Card I booked an Oceanview Panorama King Room at the Intercontinental using my $200 annual hotel credit for a net cost of less than $250. (Yes, sometimes travel agents get better deals not using themselves!  And if you use Goldring Travel for your journeys, I will let you know when that is the case.)  With my flight arriving at 6:40 p.m. I look forward to an expensive dinner (French Polynesia is notoriously expensive) before heading to bed, followed by a relaxing morning, including a nice swim, before heading to the Star Breeze.

So you may be asking, “Why is Eric taking this cruise since he was recently on the Star Breeze?”  To be honest, there are many reasons. I want to see how the Star Breeze performs after she has been sailing for a while and without all the executives being onboard. I was supposed to be in Antarctica but that was cancelled, so this is not a compromise, but a totally different experience. And, to be honest, Windstar was running a promotion that I kinda sorta qualified for and my choice was either cruise the Caribbean again or French Polynesia…and that isn’t even a close call!

By the way, if you are interested in sailing on Windstar in French Polynesia with me or on another sailing  it offers, as it is does with all of its cruises now, two types of pricing: Cruise Only and All-Inclusive (Beverages, Gratuities and Wi-Fi). I wonder who came up with the idea of offering both. (The Guy – hint hint – must be a genius! LOL).