After a night of howling winds (30+ mph) and driving rain, it was time to see the Lava Water Guesthouse; which was been developed by the daughter who took over the sheep farm from her parents. Let’s just say that after the cozy greeting we received the night before, Lava Guesthouse was just showing off!

We were then presented with a beautiful and delicious breakfast followed by the pitch to sell the property (which is kind of the point). 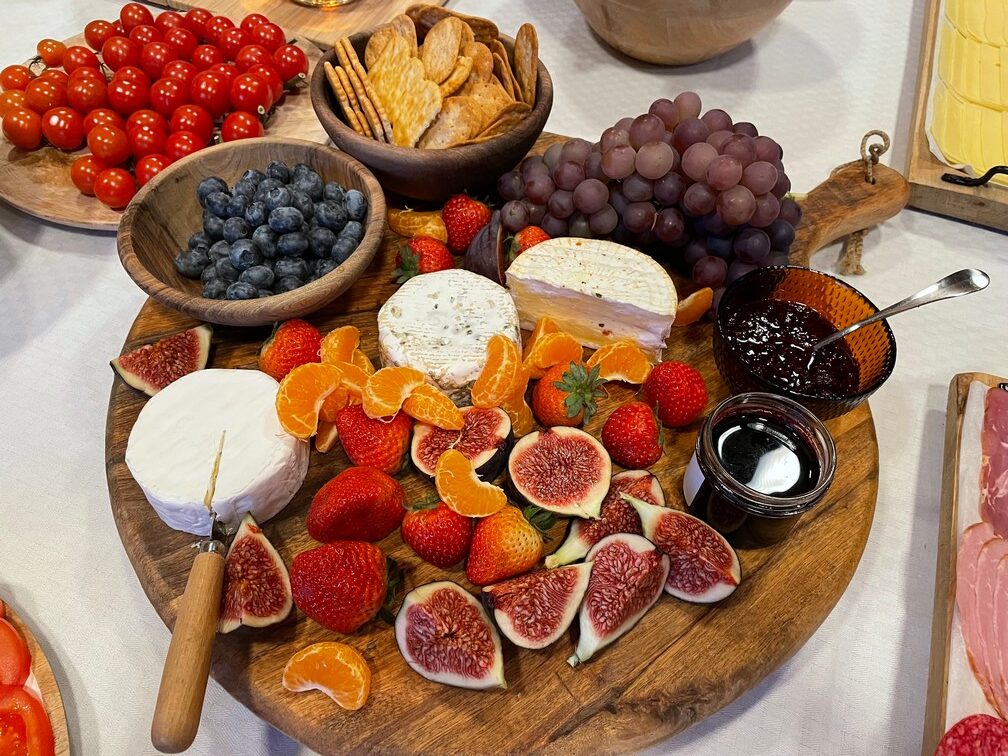 It is important to note that in West Iceland, and Iceland generally, things are spread very far apart and are quite rural. So expect vast stretches of highway (most in excellent shape) with incredible views along with more isolated hotels and guesthouses.

Other than having to share a cottage, the Lava Guesthouse was the nicest property I visited. 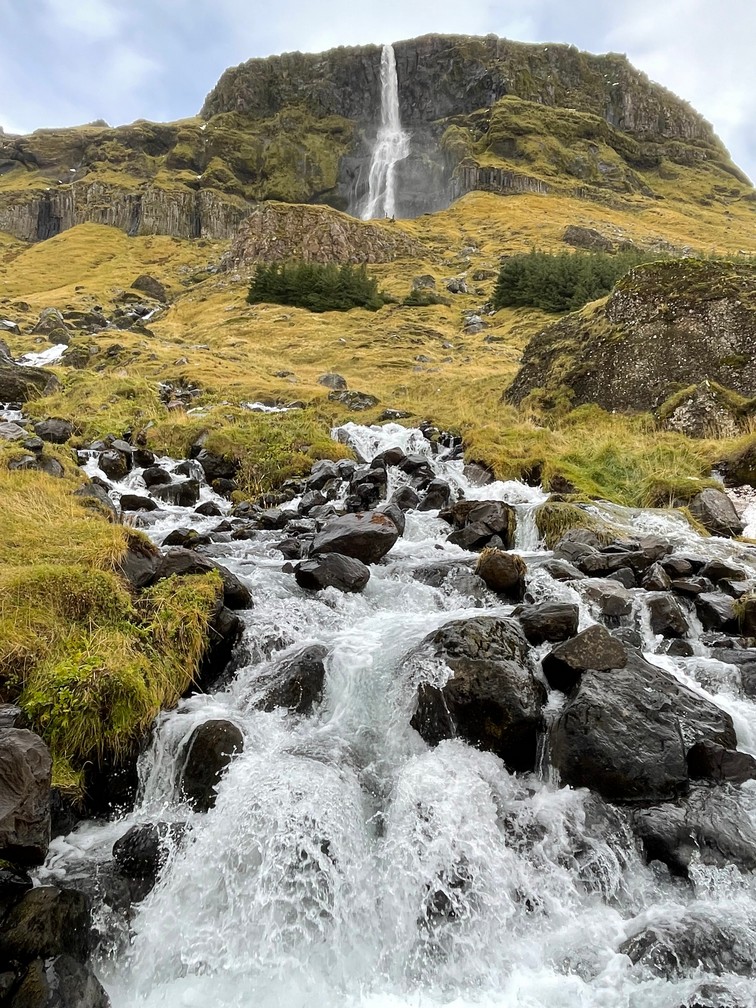 The rest of our morning was spent with views, views, views!!! Oh, and visiting well-meaning, but not terribly compelling visitor centers and the like. It did highlight one of the issues that the more forward-thinking Icelandic tourism operators are seeing as a weakness that needs to be addressed: With Iceland being so isolated truly understanding what the more educated and sophisticated travelers desire, no less how to address them effectively, is a bit weak. For me this is part of the charm of Iceland; call it an innocence that has been lost in so many places. 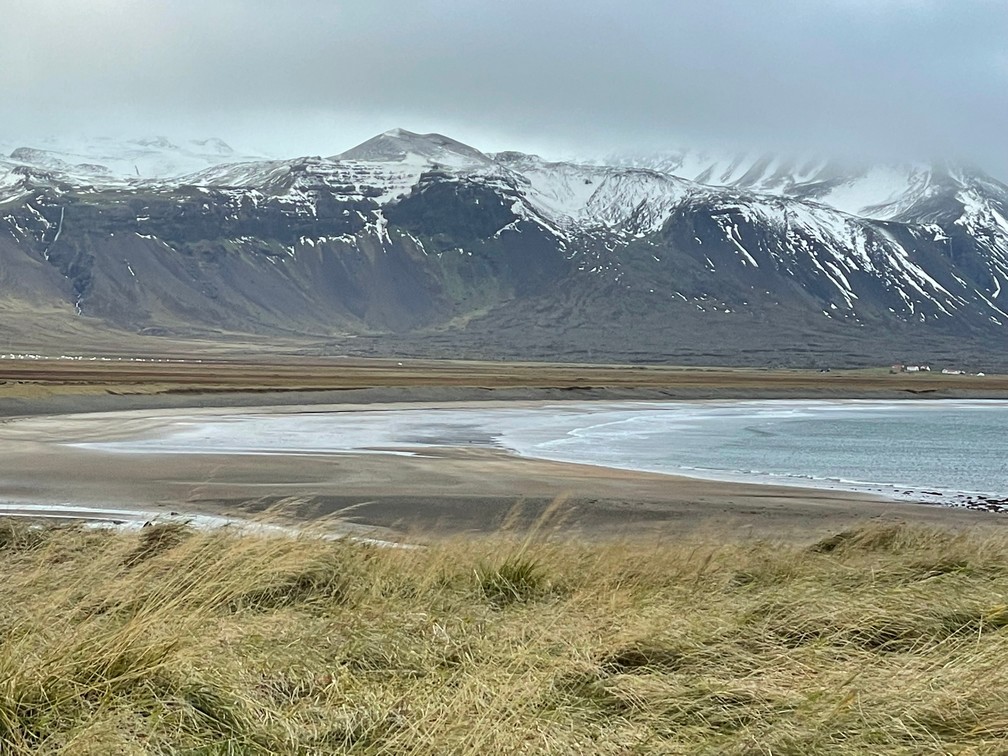 Driving along the coast (as you do in much of Iceland) you have ocean on one side and volcanic mountains on the other, with lava fields interspersed. It never gets boring!

After lunch at another hotel (and, for me yet another unwanted visit to a church – though it is part of Icelandic culture), it was off for more amazing scenery. 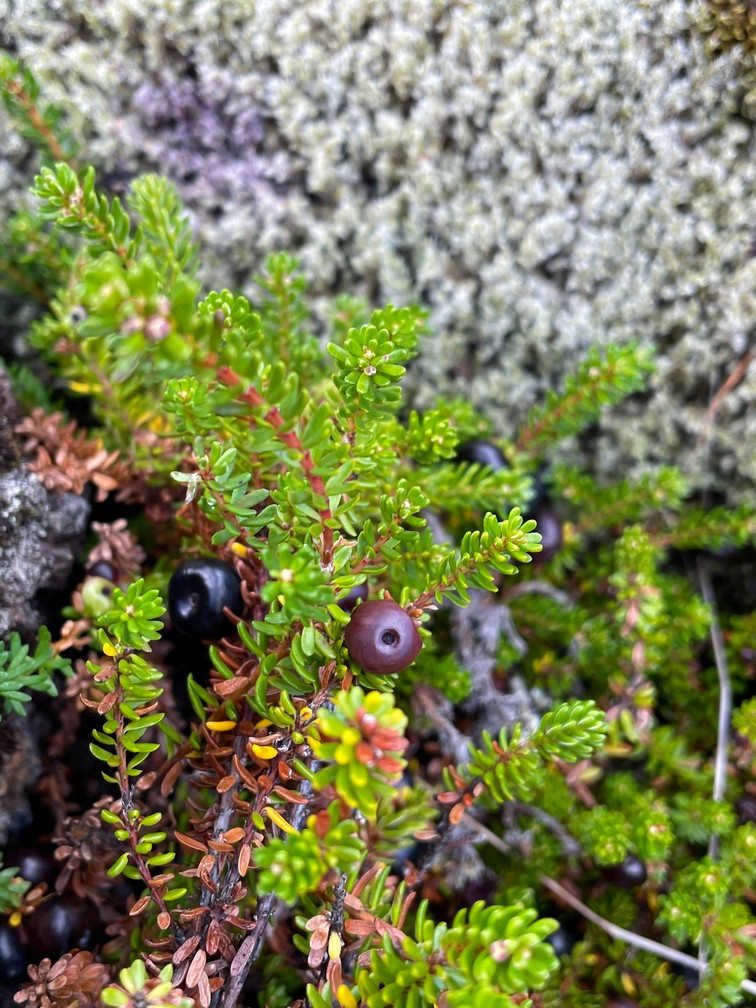 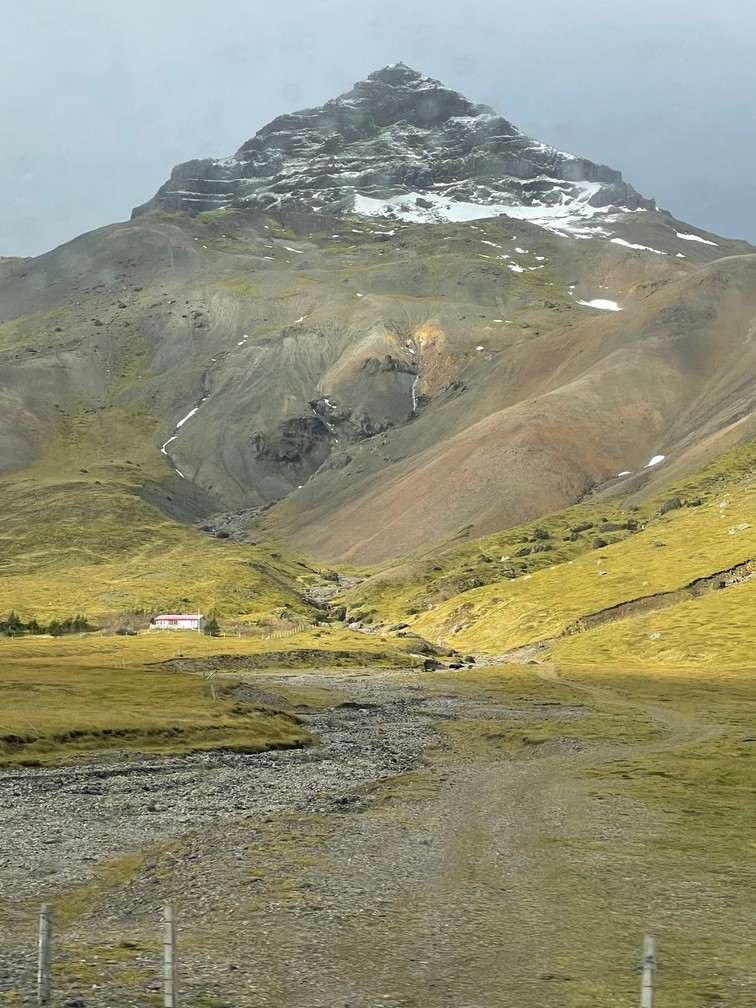 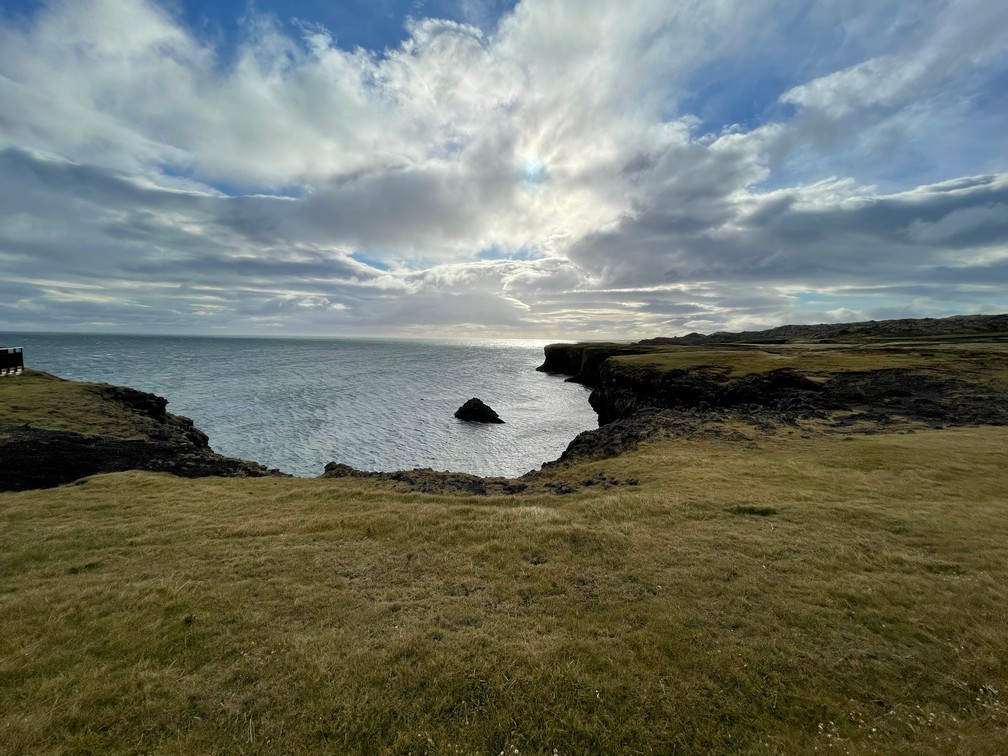 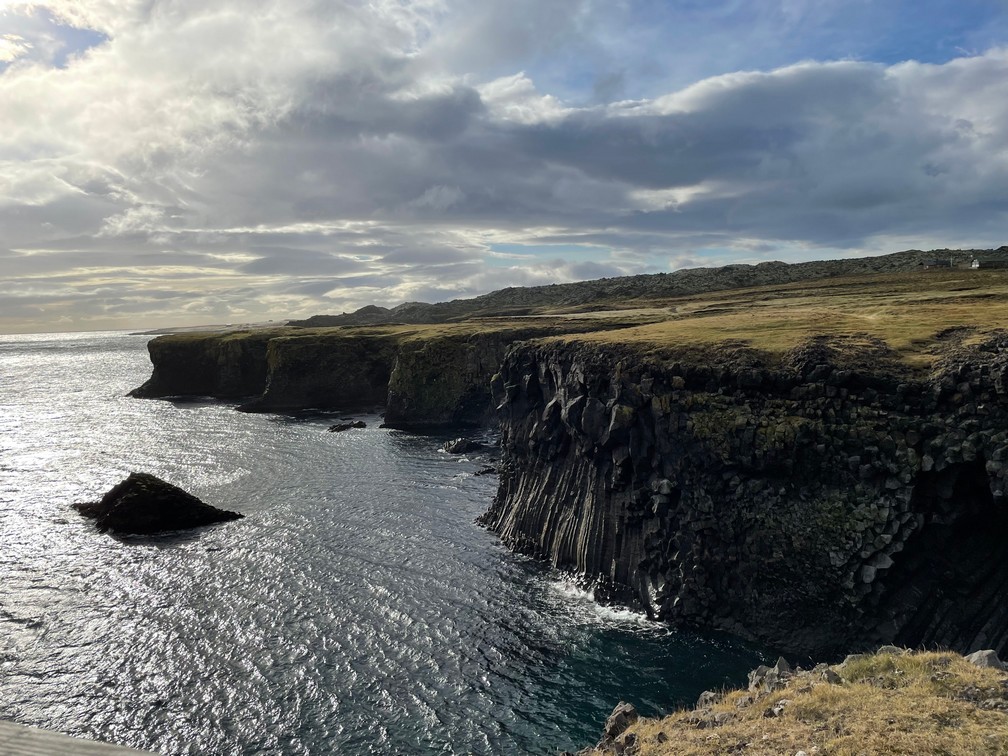 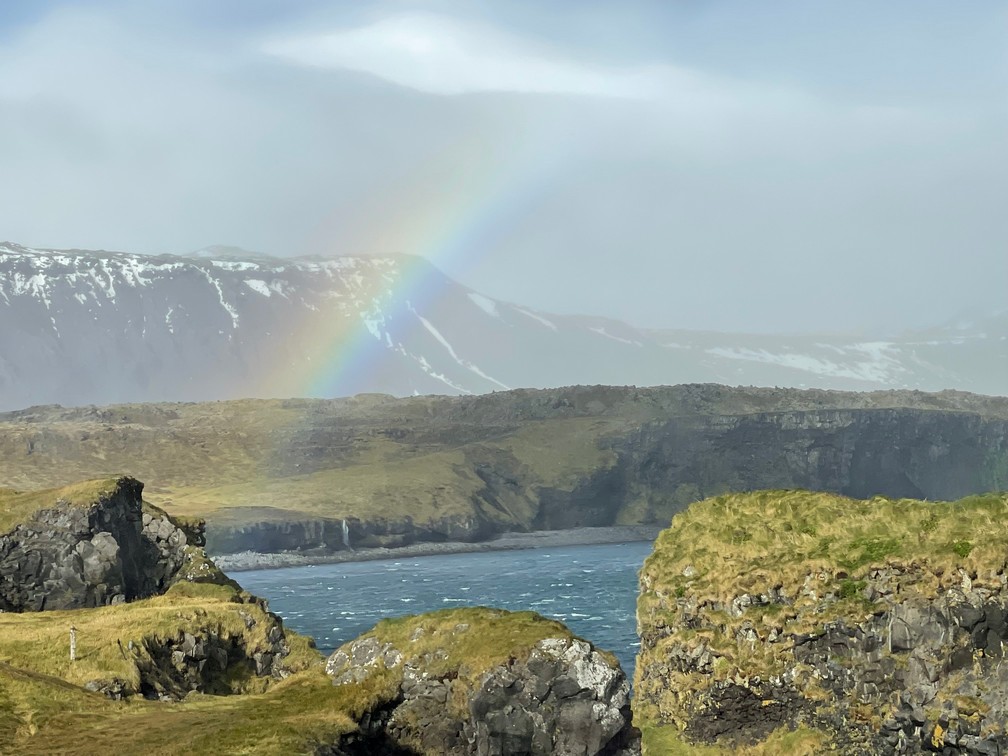 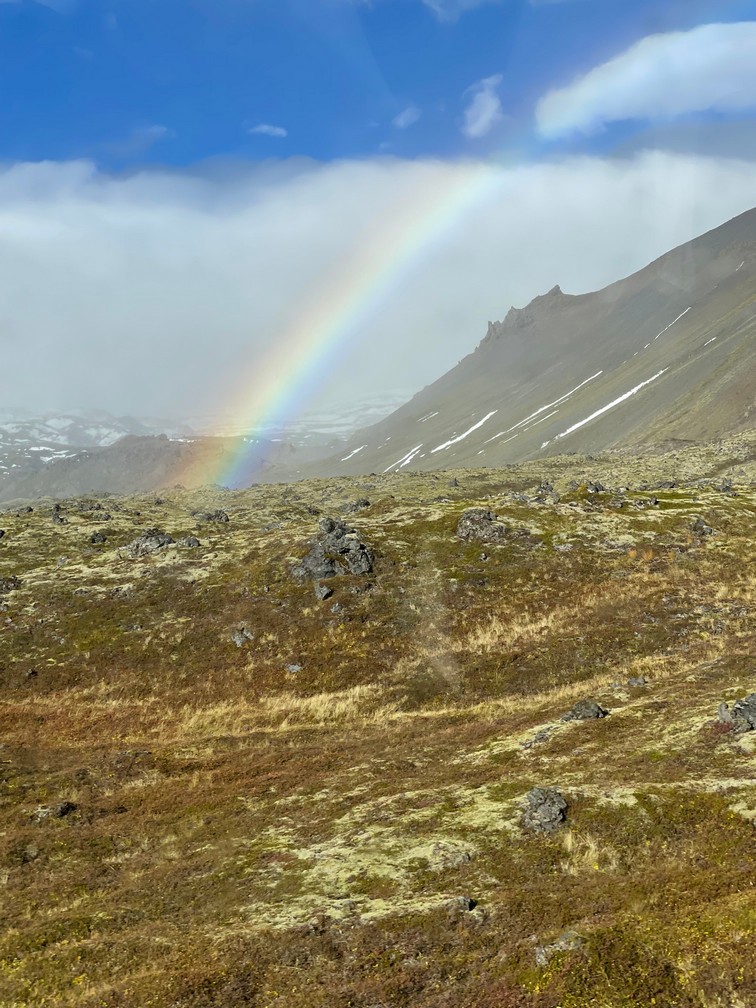 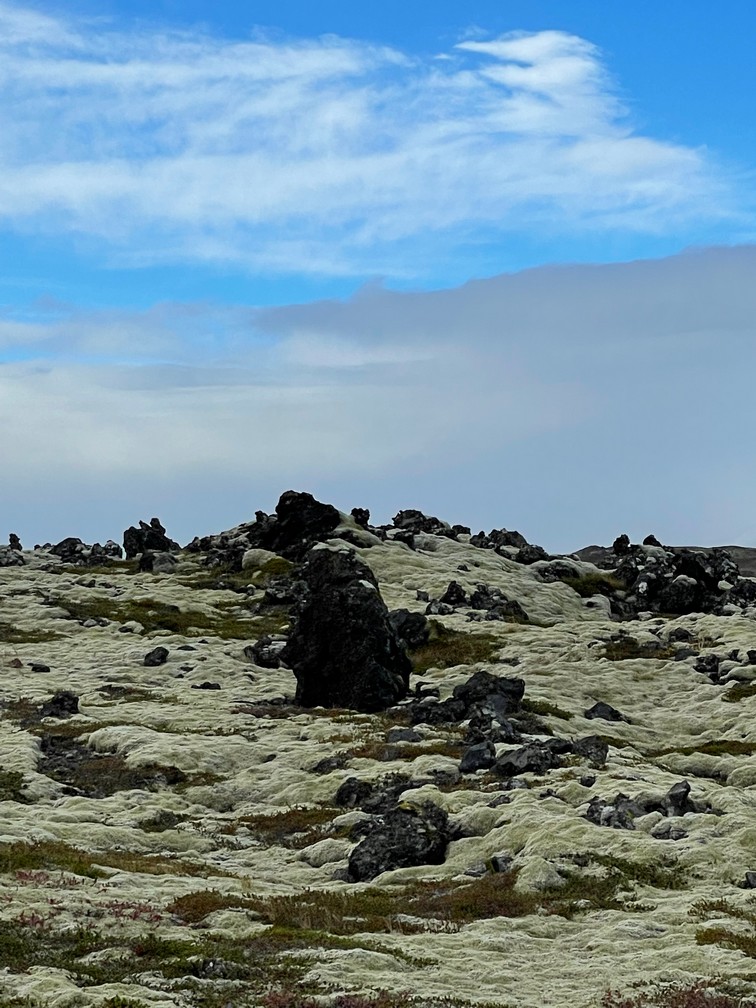 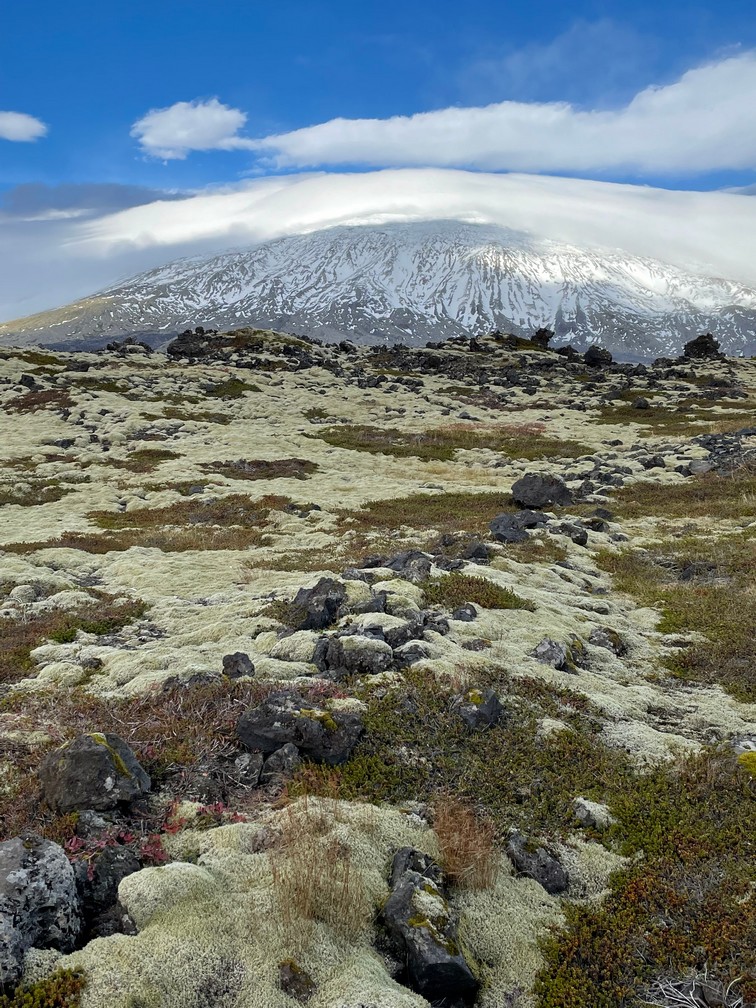 And then a visit to the Vatnshellir Lava Cave, which was very cool…and not for those who are claustrophobic or unsteady on their feet!  After being given a needed hardhat (I sort of hit my head a couple of times) and a flashlight (so you can see where you are stepping) you descend a long narrow steel spiral staircase into a chamber formed by the lava above cooling before the molten lava below, which continued to flow and, thus, creating the cave.

After your eyes adjust to the darkness, you travel  through a longer chamber to another steeper steel spiral staircase where, after everyone turns off their flashlights, you have a few moments in total darkness.  (I like the fact they haven’t electrified the lava cave.)

It was time for a drastic change of scenery when we visited The Capital of Street Art. While I would not give it a capital “C” and I’m not sure it is worthy of more than ten minutes of your time (especially with the howling 35+ mile per hour winds and driving rain we encountered) it was an interesting collage of social statements pretty much in the middle of nowhere. 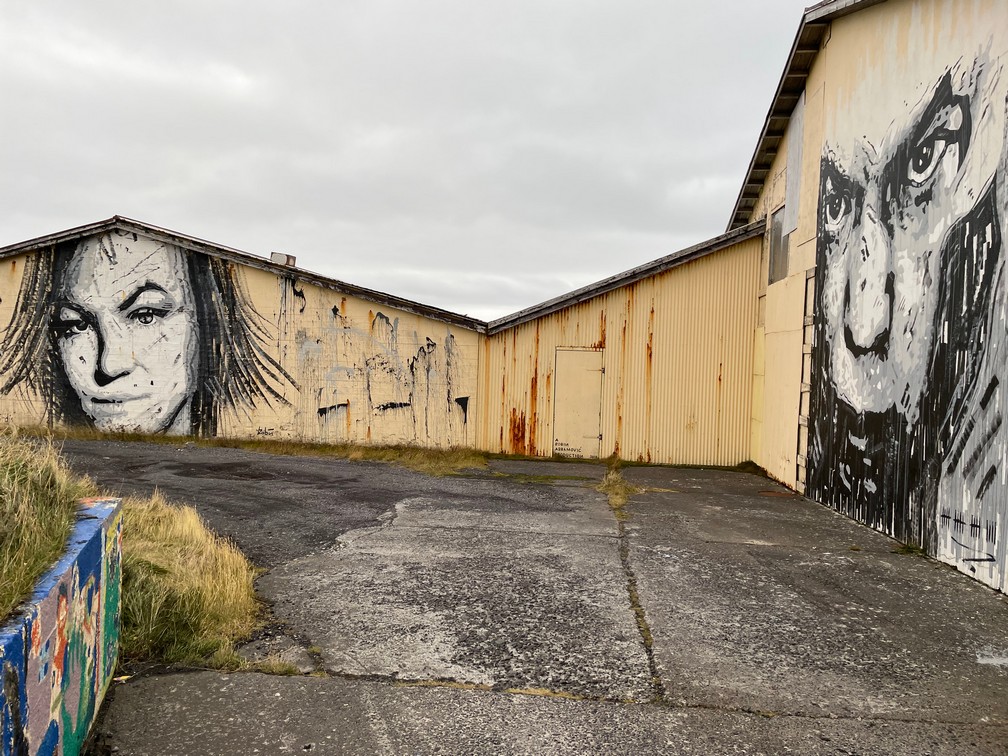 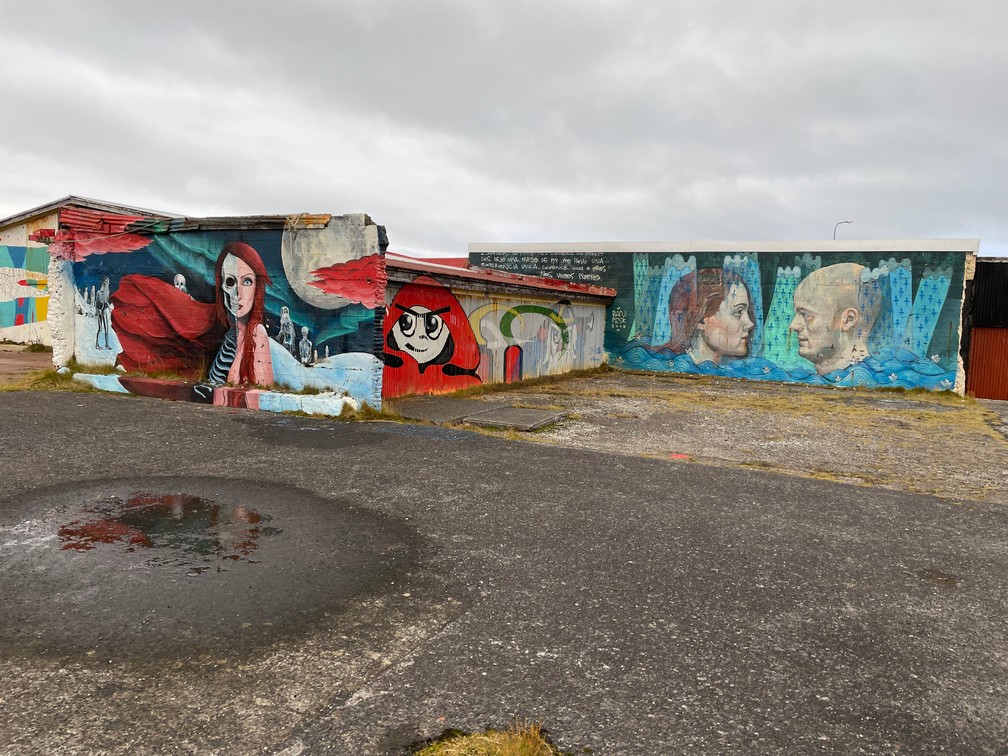 Next up was the town of Grunararfjordur for a cloudy view of Mt. Kirkjufell, supposedly the most photographed mountain in Iceland. Maybe it would have been more awe-inspiring if it was a sunny day, but with such spectacular scenery everywhere, I honestly don’t get what makes it so special.

We were then off to Styykkisholmur, where we would spend the night. Initially I was not terribly impressed as we arrived at Fosshotel.  It was old and quirky with tiny bathrooms and almost void of amenities.

However, things brightened up (if not the skies) when we arrived at Sjavarpakkusid Restaurant where, sitting with some of the locals, we had a convivial, delicious and creative dinner. 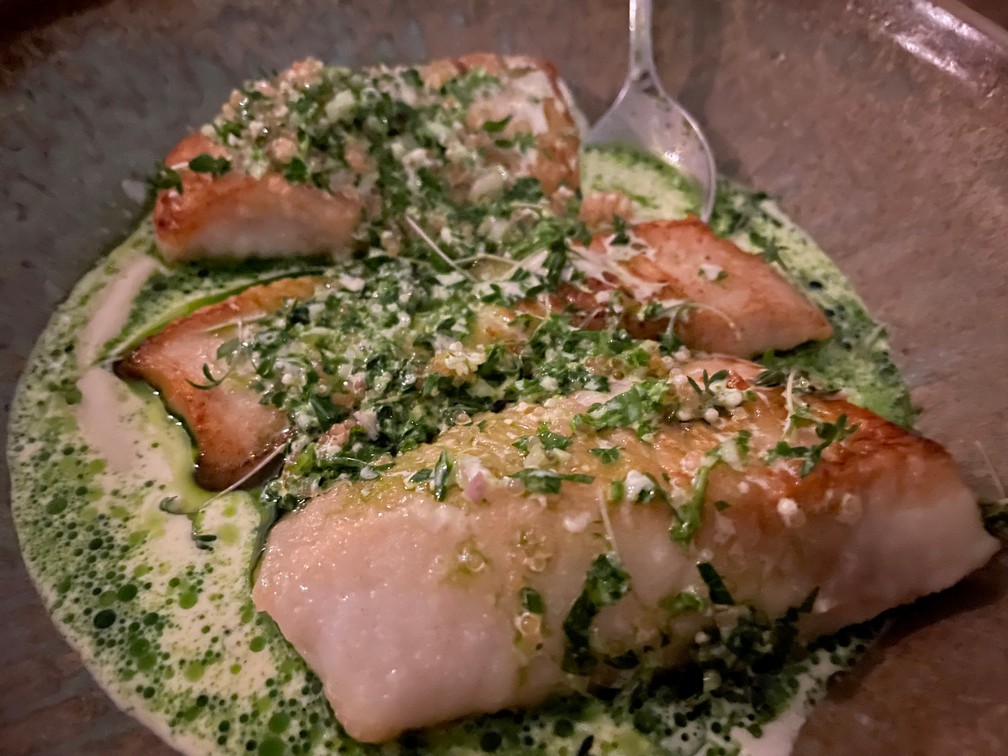 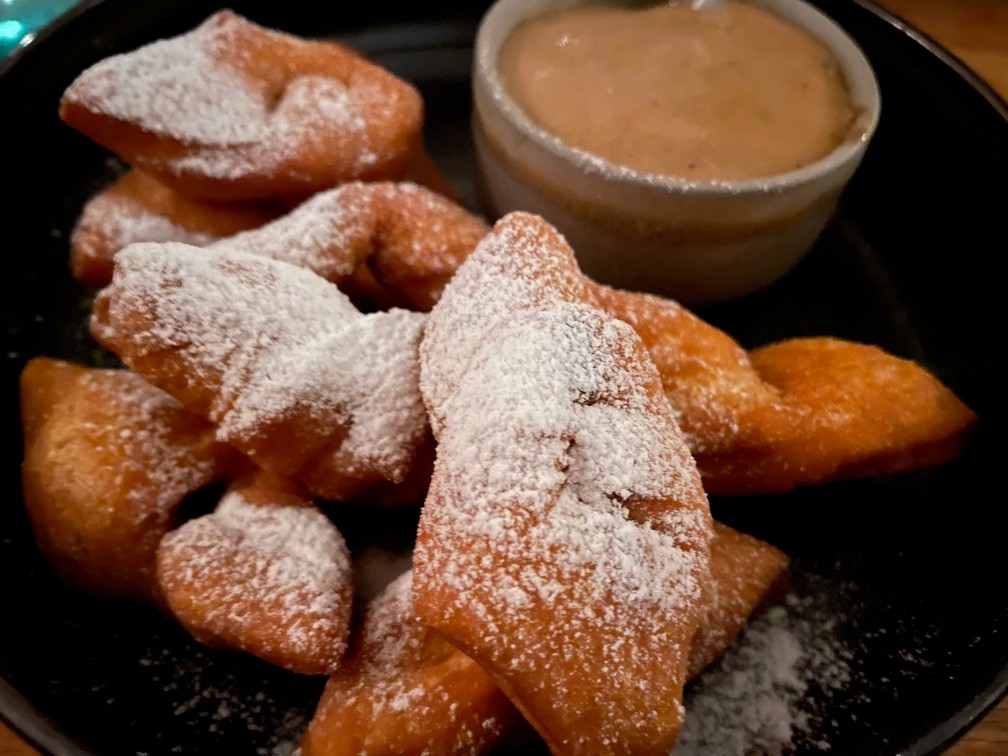 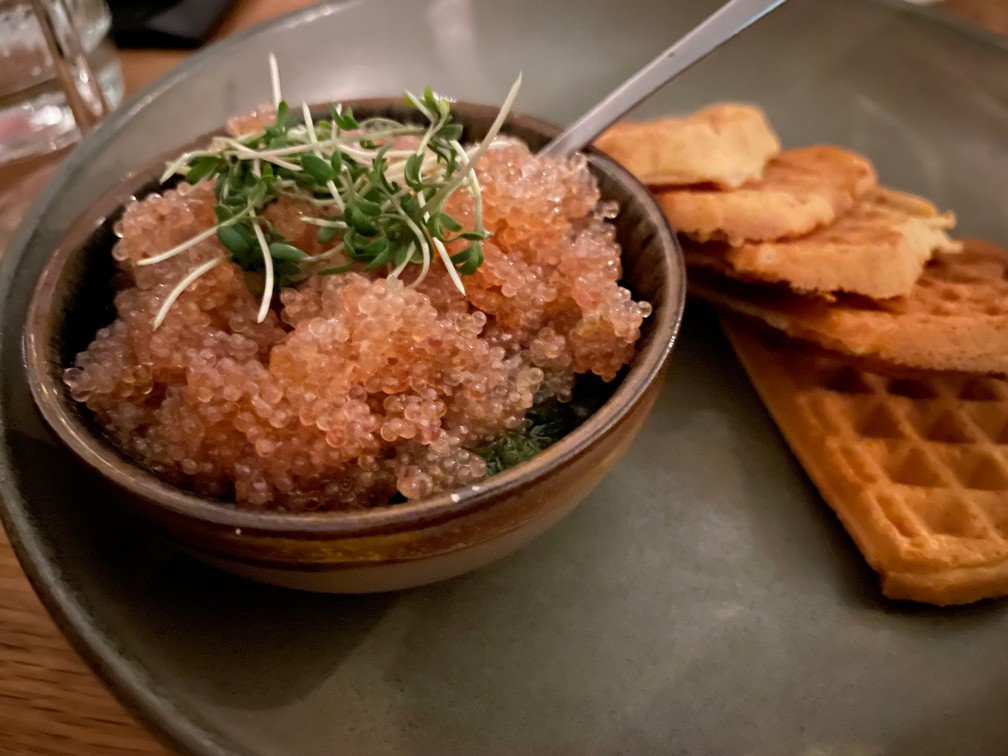 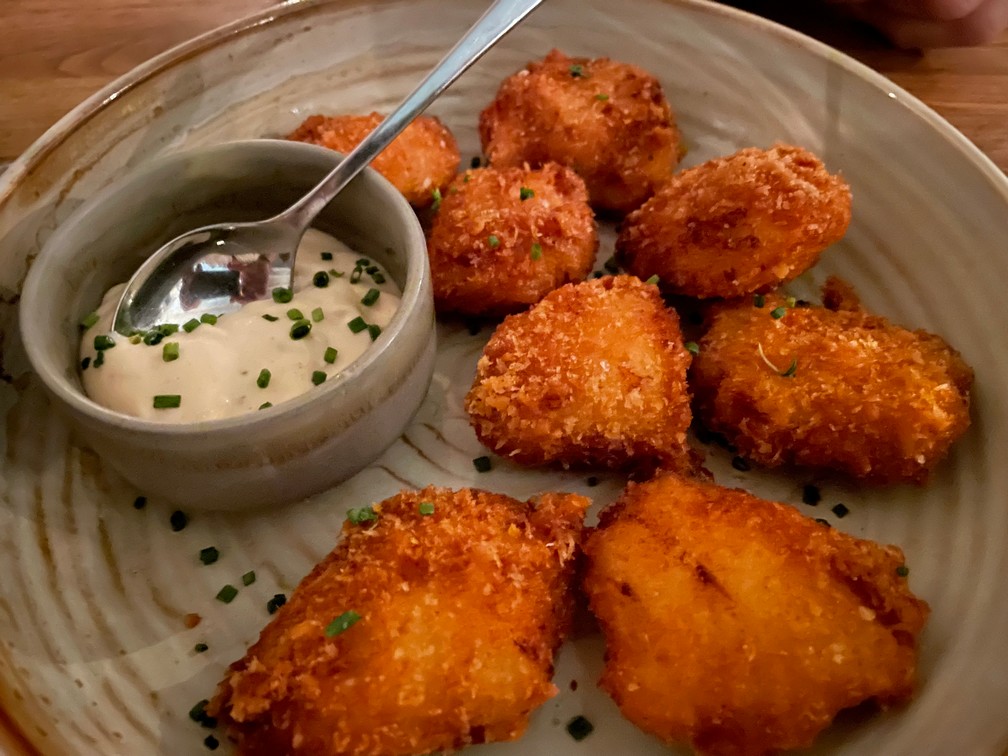 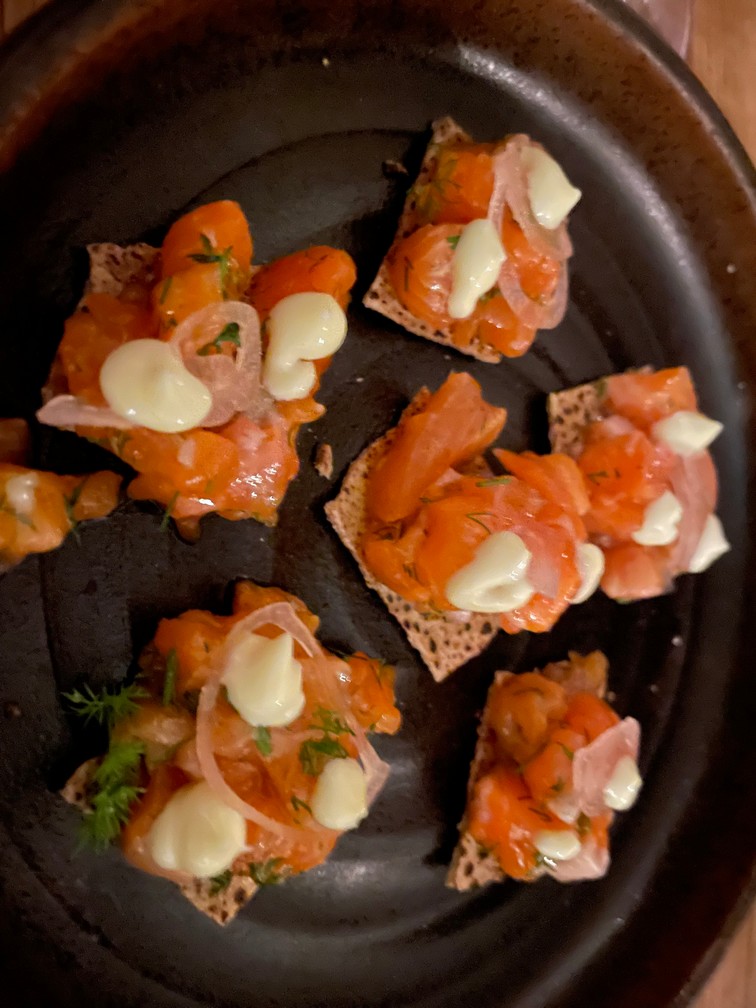 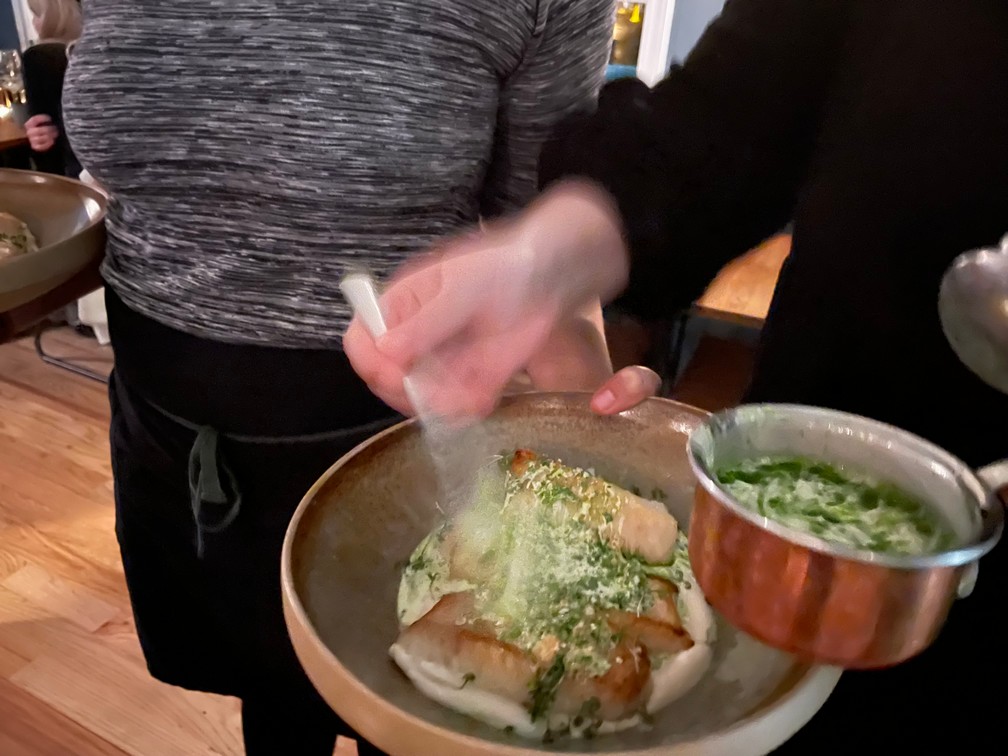 A few drinks after dinner in the hotel “bar” with some of my fellow travelers (Oh how a appreciated the international flavor of this trip!) it was time to end this first full day of this pre-trade show tour.