How U-Haul Repeatedly Rips Its Customers Off…and Doesn’t Work For Its Clients Like Goldring Travel.

This is a true, and truly abusive story, about two transactions with U-Haul…a company I strongly urge you never, and I mean, never  deal with.  The U-Haul mentality apparently is to abuse you long and hard enough that you will give up and they will take your money it is not entitled to.

Clearly, U-Haul doesn’t know who it is dealing with. 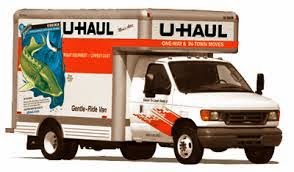 U-Haul seeks charges you not only for the supposed mis-deliver, but to have the trailer delivered to another facility.

But there is more:  U-Haul knows you object to this and what does it do?  It charges your credit card without your authorization.

But there is yet more:  U-Haul eventually begins looking at the issue and claims it has 72 hours to review the complaint, but won’t reverse the unauthorized charge!

Eventually U-Haul admits its error, credits the account, apologizes for what it assures you is an unusual experience and promises you something like that will never happen again.

Guess what?  It happened again.

This time you rent a U-Haul truck without a trailer for a one-way trip and your contract says you are to pick it up at A and drop it off at B; just like the last time.  But when you go to drop the truck off at B, where do you think it demands you deliver the truck?  That’s right:  Location C…the same 2 hour trip!

You think the second time U-Haul might get things a little better, right?  WRONG.  As with the last time U-Haul charged to move the truck to some other location, and charged the credit card even after (being a bit wiser) you specifically advise U-Haul (that would be Alea at 888-553-3363) that no further charges are authorized.

You also tell Alea that you must speak with a supervisor.  She tells you there is no supervisor available, but she is escalating it (after being about as abusive as a customer service representative can be)…but you come to find out the next day she didn’t do anything!

So (now not so surprisingly) when you don’t hear from anyone what do you do? You go “social” and post something on U-Haul’s Facebook Page.  Boy did that get a quick response!  But you think that would actually get the matter resolved you are sorely mistaken.  All it did was look good on Facebook – for a minute- and the matter got put right back in the “Abuse the Customer” file.

So then I let the matter sit for about 20 hours and heard nothing. So I call Alea (you know U-Haul’s abusive customer service rep).  She admits she did nothing and just heaps more abuse.

So you call 800-789-3638.  The first time a very nice person tries to get a manager and you get disconnected.  No call back.  So you call again and are transferred to a supposed regional manager, but your call goes immediately to voicemail (and you don’t get a call back).  So you call a third time and get a nice person who, despite her valiant efforts lasting over 30 minutes – and her advice that U-Haul gets 72 hours to address the situation and that another regional manager is supposedly working on your matter…but he is not working today!…you get absolutely nowhere…and the line disconnects.

Now it is a fourth call to U-Haul (still no calls back) and I get a supervisor who says…get this:  Nothing can be done because an objection has been noted on the file?  HUH?  So you speak to his supervisor who, in turn, gets me to a regional manager who says he will reverse the charge as soon as he can get to a computer. (YAY!)

But then – and you will love this:  He accuses me of being abusive to his staff and that he would eventually gotten to me anyway.  Huh?

So the conversation changes and I asked him if he ever thought his staff was abusive to the customer and that maybe people like Alea treated the customer like they were the problem – rather than valued – which caused the additional conflict?

I said to him that Goldring Travel’s motto and business plan is “Be Treated By Your Travel Agent As You Will Be Onboard!”  In other words, the customer is always treated as important, valued, nothing is too much of a hassle…and never tell them to wait 72 hours for you to get to something urgent.  I think…maybe…he got the message.

And then I said to him, “So other than reversing the improper charges, what are you going to do for the customer that you have twice abused?”  He hadn’t a clue.  It was something that hadn’t even entered his mind.

I do know is:  If you want to avoid the same thing happening to you, there is a very easy solution:

DO NOT DO BUSINESS WITH U-HAUL!