I have to wonder how NCL, and Kevin Sheehan (who is a pretty straight shooter!) will deal with Regent’s false marketing that it is actually less expensive than say Celebrity or Holland America.  I have written about this a few times.  For example:  Regent Seven Seas vs. Holland America – Really? Let’s TalkEthics and Regent Seven Seas Pricing – It Is Out of Control…Seriously, Why Pay That Much?

And now my ponderings…which were truly a belief…have quickly come to be.  In short, effectively only Frank Del Rio remains where he was and almost every other top executive has been replaced (er umm, has resigned) or has shifted to fill an immediate void.

Today it was announced the resignation of Kunal Kamlani as president and chief operating officer of Prestige Cruise Holdings.  While most publications have said this was unexpected, I did expect it as I do not believe there is anyway Kevin Sheehan, CEO of NCL Holdings (which now owns the cruise lines) was going to have anyone beholden to Frank Del Rio stay with the company.

Why?  Because there can only be one master of the ship and it is no longer Frank Del Rio!  Kulani was given a new employment contract on November 19, 2014, but to me that was only buying time as it was but a one year contract and to me was not terribly rich (with a $750,000 annual salary with performance bonuses that could raise it to about $1,300,000 along with options to purchase only 1,500 ordinary shares of NCL Holdings, medical a $1,500 monthly car allowance and four weeks of vacation.) 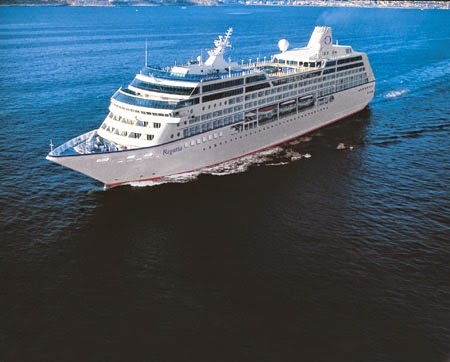 Kamlani’s replacement is Jason Montague, who was CFO and executive vice president of Prestige Cruise Holdings…but was tagged to head the integration of NCL and PCH and has worked closely with Kevin Sheehan.  He is definitely a financial guy who was involved in the creation of Oceania and its acquisition of the original three R-Ships (now the Oceania Nautica, Regatta and Insignia) as well as the just announced bargain-basement priced purchase of the soon to be former Ocean Princess to be renamed Sirena.

Consistent with Kamlani’s departure is that of Bob Binder, former vice chairman of PCH, who had been around since the creation of Oceania.  So has James Rodriguez, senior vice president, sales and marketing, for PCH after twelve years of service.  Michael Hirsch, senior vice president of Oceania Cruises retired.  There are yet others, but you get the idea…and I am confident with Kamluni’s departure there will be more.

Now, it is not unusual to have a number of significant changes when a company is taken over, but here the changes are coming swiftly and from the top all the way down.

Will there be changes at Regent and Oceania?  Ya think?!

Will those changes be positive?  That remains to be seen.

But after so many years of frustration with how the Regent Seven Seas product has been delivered I am very optimistic.  (For me, having more options for my clients is a good thing!).

And as for changes at Oceania, it is my hope that there are sales and marketing changes so that what is a pretty darn good onboard product can have a similar standard.  Being bombarded with marketing materials, emails, by this and get a discount on that, upgrade/downgrade, change sailings, etc. on literally every Oceania booking will cease.  (Yes, some clients take up these offers, but most do not and it is a huge burden on a travel agent that cuts deeply into my precious time and endangers my relationship with my clients if perceived as badgering.)

So is now the time to book your Oceania Cruise?  Or should you wait and see what happens? I believe now is the time to book that cruise.  The Oceania product is a good one and there is no way that is going to be degraded.  With the addition of the additional (I can’t say new) ship, those strong itineraries that Oceania is famous for will become stronger…and there will be more Penthouses and better to chose from!

Interested:  Give me a call at (877) 2GO-LUXURY or email me at eric@goldringtravel.com.