I have not yet commented on the fire last week aboard the Oceania Insignia which left two contractors and a crew member dead and two other injured, but all of passengers and other crew and staff safe.  Why?  Because I didn’t really know enough to comment or give opinion that was anything more than repeating what you already know. 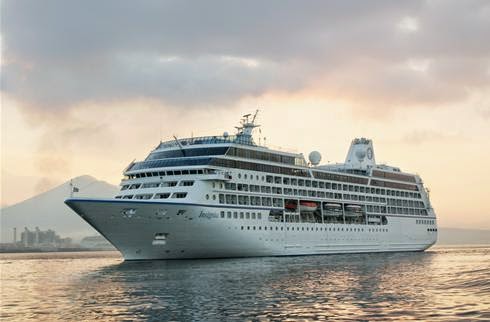 But then this morning, I saw an article by a rather infamous maritime attorney, Jim Walker, Esquire entitled:

I read the article…pretty much knowing it would be another one of his ambulance-chasing-like articles not so subtly fishing for clients to attempt a suit against Oceania…and found something rather curious that Mr. Walker just couldn’t seem to bring himself to overtly admit:  Oceania has done a pretty outstanding job dealing with a serious fire which disabled its ship on a very small Caribbean island.

Further, the fact is that the passengers are, from the front end of the business, unquestionably Oceania’s number one priority.  But another fact is that that crew member…and all of the crew members are, from the inside of the business, unquestionably Oceania’s priority as well.  Getting passengers home, housing the crew, dealing with the death and injuries of those 5 people, figuring out what can be done to address the cause of the fire and the repairs…with thousands of more people waiting for their upcoming cruises (including a world cruise), regulatory requirements, securing repair facilities, and the list goes on.

In the end each one of the above items are “top priority”…handled by different personnel. And Oceania doesn’t need to tell the public (in fact, probably should not tell the public) what it is doing in relation to each of those items.  (I mean, is Oceania supposed to tell you how it will deal with the spoiled food, cleaning the carpets and furnishings, laundering the bedding, etc.?)
The affected passengers (both current and future) and the affected crew are mostly interested in what is the “end game”; in other words, what is going to happen to them.  Is their world cruise cancelled, do they have jobs for the next month or two? etc.
It doesn’t matter if there is a fire at a hotel, earthquake, power outage, sinkhole, terrorist, etc. someone is going to say, “The hotel should have done more.”  And, to be sure, that same someone is going to say at another time, “The hotel should not be charging you so much under the guise of having fail-safe  plan for every contingency because it will probably never, or very rarely, be needed.”
Here, Oceania Cruises has done a really good job of making sure their passengers were safely evacuated, were kept safe at all times, were expeditiously returned to Miami and were significantly compensated as a result of the shortened cruise. It seems to me that Oceania Cruises was extremely well prepared for this event.
I guess the question really is “Jim Walker, Esquire, why did you write your terribly inaccurate article?” If you read Walkers “About” page you will see that it is about publicity, publicity and publicity.
Shameful.
If you want the accurate facts about a cruiseline or a cruise, contact Eric Goldring, of Goldring Travel, at (877) 2GO-LUXURY or email me at eric@goldringtravel.com.
Share on facebook
Facebook
Share on twitter
Twitter
Share on linkedin
LinkedIn

All Posts »
PrevPreviousHow U-Haul Repeatedly Rips Its Customers Off…and Doesn’t Work For Its Clients Like Goldring Travel.
NextHappy Holidays From Goldring Travel – A Year in Review…And Why Travel Is A NecessityNext
Play Video