CDC Says You Can Kiss Your Vaccinated Grandmother in a Nursing Home After Flying and Traveling Around the World, But You Can’t Take a Cruise with Vaccinated People. Huh?

The U.S. Centers for Disease Control has blown it! 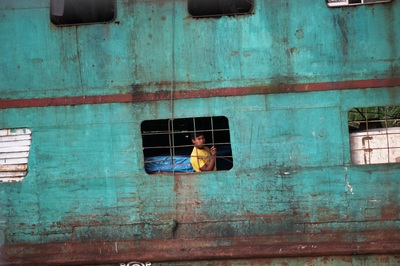 While the CDC’s anti-cruise bias is obvious (see below) the reality is that it is charged with protecting U. S. citizens and has breached same by literally forcing the cruise lines to simply move off-shore; now starting US cruising from The Bahamas, St. Maarten and, among others, Barbados, where the CDC has no jurisdiction.

The practical effect is the CDC has now lost all control and regulation of the cruise lines and, thus, its alleged charge of protecting cruisers.

The CDC seems that it cares not to perform its duties, but rather to protect itself from any potential for a future problem after is total and complete bungling of the Diamond Princess fiasco. Remember it said to do exactly what we now know shouldn’t have been done. Do you also remember when it gave out false information about live virus remaining in staterooms when it was actually harmless RNA from dead virus? Oh, how I could go on about how the CDC got it so wrong!

My view of it is that the CDC is so concerned about how poorly it performed that by doing nothing it can’t be blamed if there are any Covid-19 infections on a cruise ship. It is so concerned that it literally is ignoring that cruise ships have been successfully operating in Europe and Asia on a regular basis – without vaccines, no less vaccination requirements – and there haven’t been any Covid-19 issues. That is called Data.  It is also called Ignoring Science.

Hence the CDC has single-handedly caused billions of dollars of losses to the cruise industry while it finds that huge UNCONTROLLED masses of people can congregate in airports, fly in planes around the world and into the United States, then disperse with virtually (if not literally) no way to track those people is perfectly acceptable.

I am also trying to understand the CDC’s alleged science of saying it is safe for vaccinated people to kiss their highly vulnerable, but vaccinated, grandparents…and to do it in a nursing home (where more Covid-19 deaths have occurred than anywhere else) but it believes it unsafe to go on a cruise with other vaccinated people.

The reason I said “alleged” science is because the CDC has failed to provide any science to support its recalcitrant position.  As you know I have gone right to the Centers for Disease Control to get answers and it simply refuses to give any.

Remember the CDC said they wanted protocols without vaccinations even being part of the equation (because there were none). But believe it or not, the CDC has never promulgated any and has never commented on those submitted by the various cruise lines!

While it appears the cruise lines, now setting sail outside of the CDC’s jurisdiction and, thus, no chance of punitive action (what else could it do?), are about to sue the CDC. While the litigation may take months or years, what it will force right from the outset is the CDC to disclose its alleged science. We, as US citizens and international travelers, are entitled to same.

So while this plays out, think about whether you are ready to sail in the Caribbean or the Med or other locales (Antarctica?) in the near future. There are cruises happening soon and, to be sure, others will be announced shortly.

Alas, the floodgates have opened and the CDC has actually – through its prejudice – blown them wide open.

All Posts »
PrevPreviousCruises for U.S. Citizens Are Here and More Are Coming Soon! Is Now the Time to Book and Travel?
NextSeabourn Venture Makes a Move!Next
Play Video